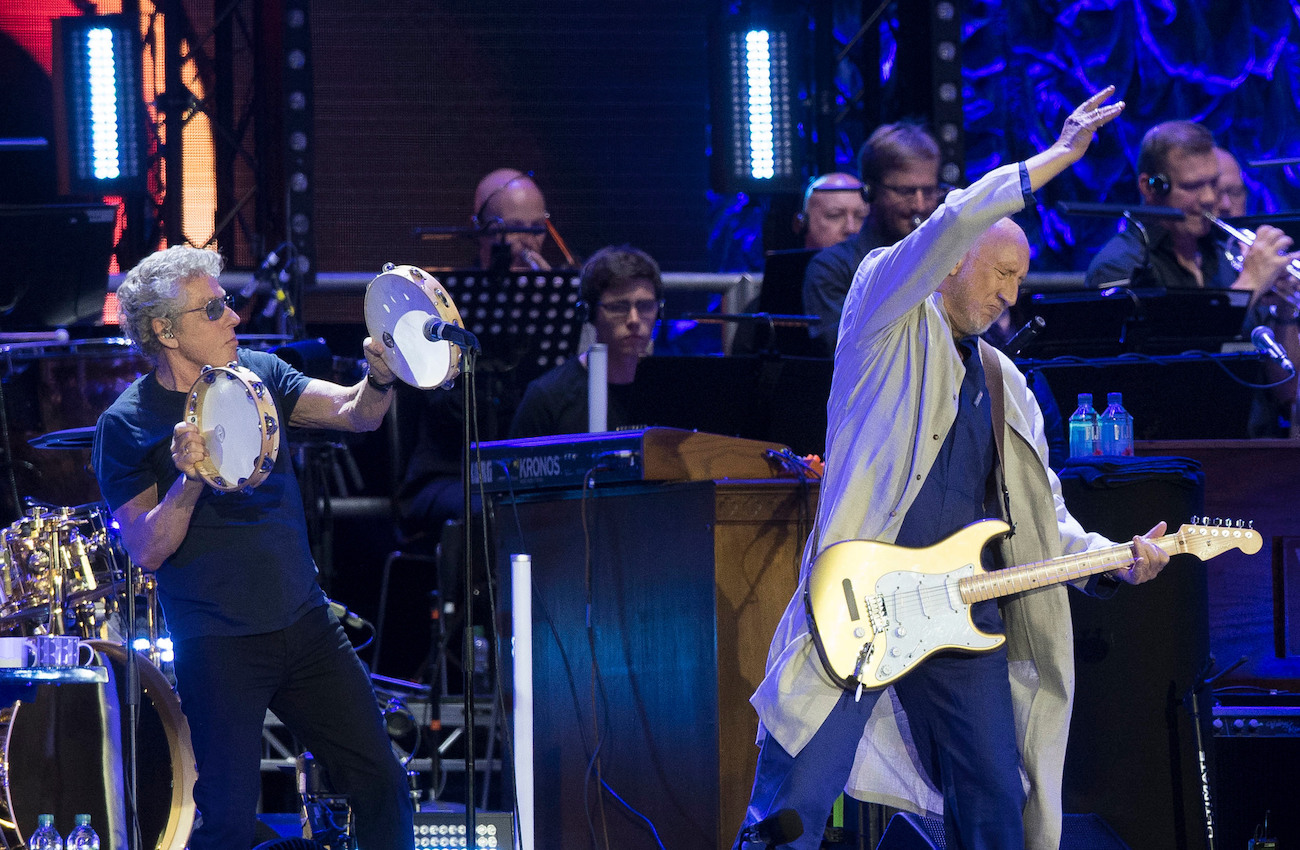 The Who rocking out at Wembley Stadium in July.NEIL HALL/EPA-EFE/SHUTTERSTOCK
If you hear “Won’t Get Fooled Again” echoing through the canyons of New York’s Chelsea art district on Thursday night, you won’t be imagining things: legendary rock band The Who is scheduled to play at the opening party for Pace Gallery’s new eight-floor headquarters on West 25th Street. When ARTnews went to press, the gallery was awaiting final confirmation from the band.
And it turns out there’s an art angle to The Who these days. To be revealed at the gallery performance is the cover art for the band’s forthcoming album (due out in November) by English Pop artist Peter Blake, who is best known for creating the cover of the Beatles’ classic Sgt. Peppers Lonely Hearts Club Band. (Plus, the booking gives a conceptually playful answer to the question: Hey, who’s playing the Pace opening party?)The Who—with Townsend and Daltry as the two remaining members of the original lineup—is currently on the second leg of its “Moving On!” tour and managed to squeeze the Pace gig in between the Blossom Music Center in Cuyahoga Falls, Ohio, on Tuesday and Boston’s Fenway Park on Friday. And the band will not count as the sole surprising presence in the run-up to Pace’s full public opening this weekend. On Tuesday, word got out that a shaman had led a cacao ceremony the day before to bless the new building.Also on tap for the opening party are the DJ Questlove and the musician Graham Reynolds.Let’s hope that if Pete Townsend decides to smash a guitar, he doesn’t bring down any art with it.

Genesis Breyer P-Orridge on Death, Plastic Surgery, and How Pandrogeny Can Save the World -ARTnews
Biennale of Sydney Releases Artist List for 2020 Edition With Focus on Indigenous Artists -ARTnews
To Top
error: Content is protected !!