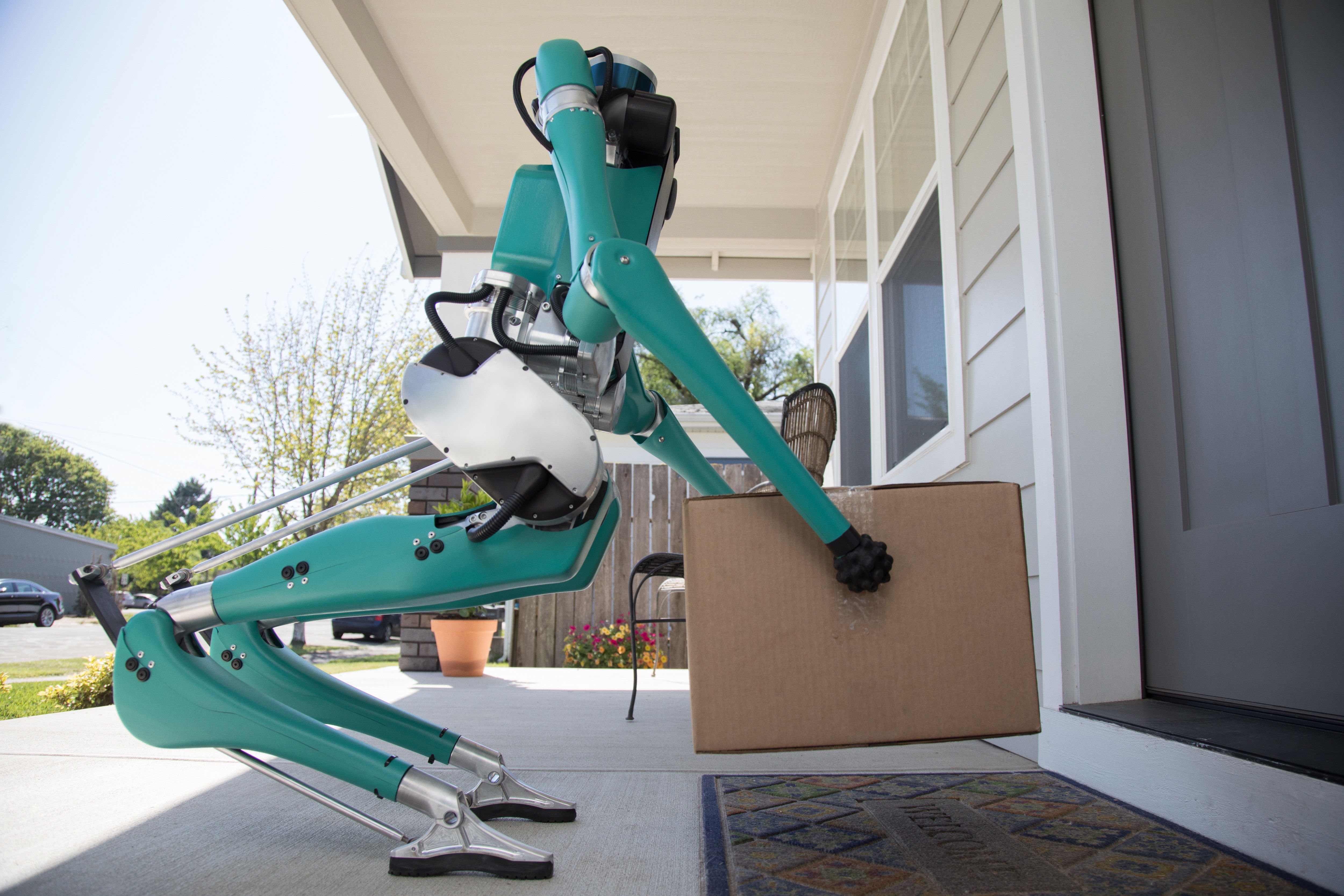 It’s not fast and may be years from visiting your neighborhood, but a walking robot is part of Ford’s vision for how its autonomous vehicles deliver packages and goods in the future.

The robot known as Digit, designed and built by Agility Robotics, walks upright on two legs, goes up and down stairs and can carry packages weighing up to 40 pounds.

The robot known as “Digit” is designed and built by Agility Robotics.

Courtesy of Ford and Agility Robotics

So why is Ford interested in a walking robot?

Digit may be how Ford solves one of the biggest issues confronting the self-driving vehicles it’s developing for companies like Dominos and the food delivery firm Postmates: How to get deliveries from cars to the front door.

“As we’ve learned in our pilot programs, it’s not always convenient for people to leave their homes for packages or for businesses to run their own delivery services,” said Dr. Ken Washington, Ford’s Chief Technology Officer in a post on Medium.

“If we can free people up to focus less on the logistics of making deliveries, they can turn their time and efforts to things that really need their attention.”

Ford envisions a future where Digit the robot is part of an autonomous vehicle that could be delivering pizzas, packages or other items.

Designed to fold up when not deployed, Digit could be programmed to carry deliveries from the autonomous vehicle to the front door or exact location of the final destination.

The robot known as “Digit” is designed and built by Agility Robotics.

Courtesy of Ford and Agility Robotics

Ford and Agility Robotics are still researching exactly how Digit would work with the autonomous vehicles. For example, Digit and the car will be able to communicate with each other if there is an obstacle blocking the door or a change in the delivery.

The automaker is targeting rolling out autonomous vehicles by 2021.