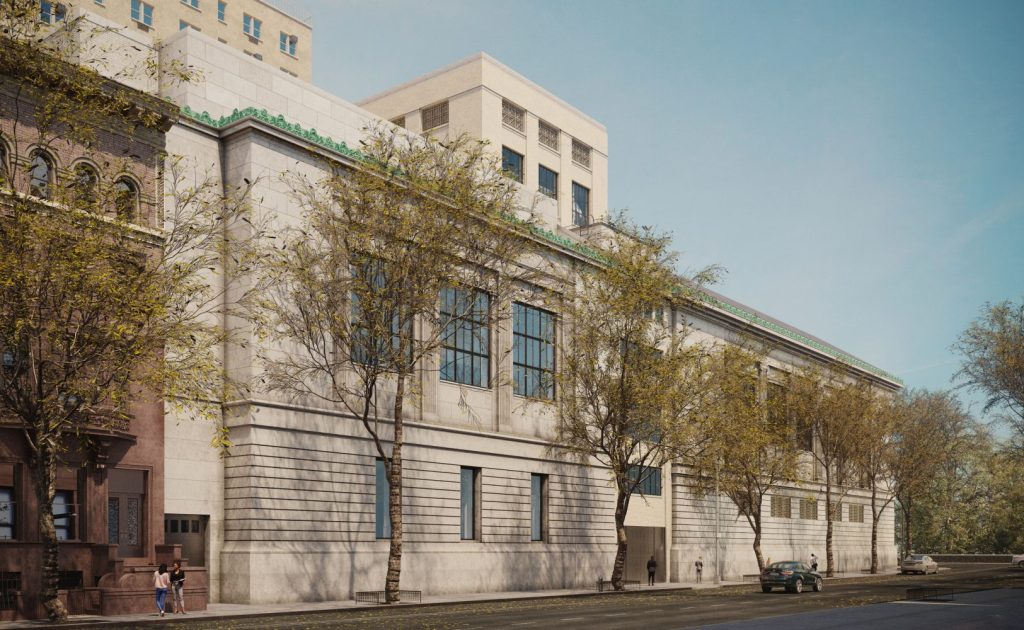 On July 1st, Louise Mirrer, President and CEO of the New York Historical Society (NYHS), announced that the Society will begin a $140 million expansion of its historic building on Central Park West. The 70,000 additional square feet will house the new American LGBTQ+ Museum.
The new space will showcase much of the artifacts the NYHS acquired as early as 1937, but hadn’t had the opportunity to display, despite the collection’s steady growth. A plan by the NYHS to develop that land into condos met fierce resistance in 2007, the New York Times reported at the time. There hadn’t been plans to expand until 2019, when the Board members of the American LGBTQ+ Museum, a startup with no home, reached out to the NYHS about working together.

“[The Museum] has a lot of will and an important story to tell, and our institution has always been seeking to tell stories about important histories,” Mirrier told ARTnews in a phone interview. “We started talking and planning together and developed a concept of an extension for the New York Historical Society that would accommodate our growing collection and the vast increase in our programming efforts, as well as the new museum. It seemed that we had a concept that could accommodate all of those interests.” Additional space will also be used to expand existing services the NYHS offers, adding classrooms, galleries, and collections study areas, as well as a new storage facility for the NYHS’s Patricia D. Klingenstein Library.
The American LGBTQ+ Museum will work with the Society’s curators to begin building a permanent collection and will also loan relevant aspects of their collection to the Museum. For example, the NYHS also began collecting archival materials from Cherry Grove, a vacation spot for members of the in the 40s and 50s, for its recent exhibition “Safe/Haven: Gay Life in 1950s Cherry Grove,” which is on view through October 11. Mirrer noted that these materials would be available to the LGBTQ+ Museum in the future.
The new space was designed by Robert A.M. Stern Architects, which aimed to preserve the building’s character and existing structures. A spokesperson for Stern Architects said in a press release, “With input from engaged and supportive neighbors and in response to the historic neighboring townhouses, the design of the expansion is sympathetic to the palette and rhythm of the 1908 building and its 1938 additions.”