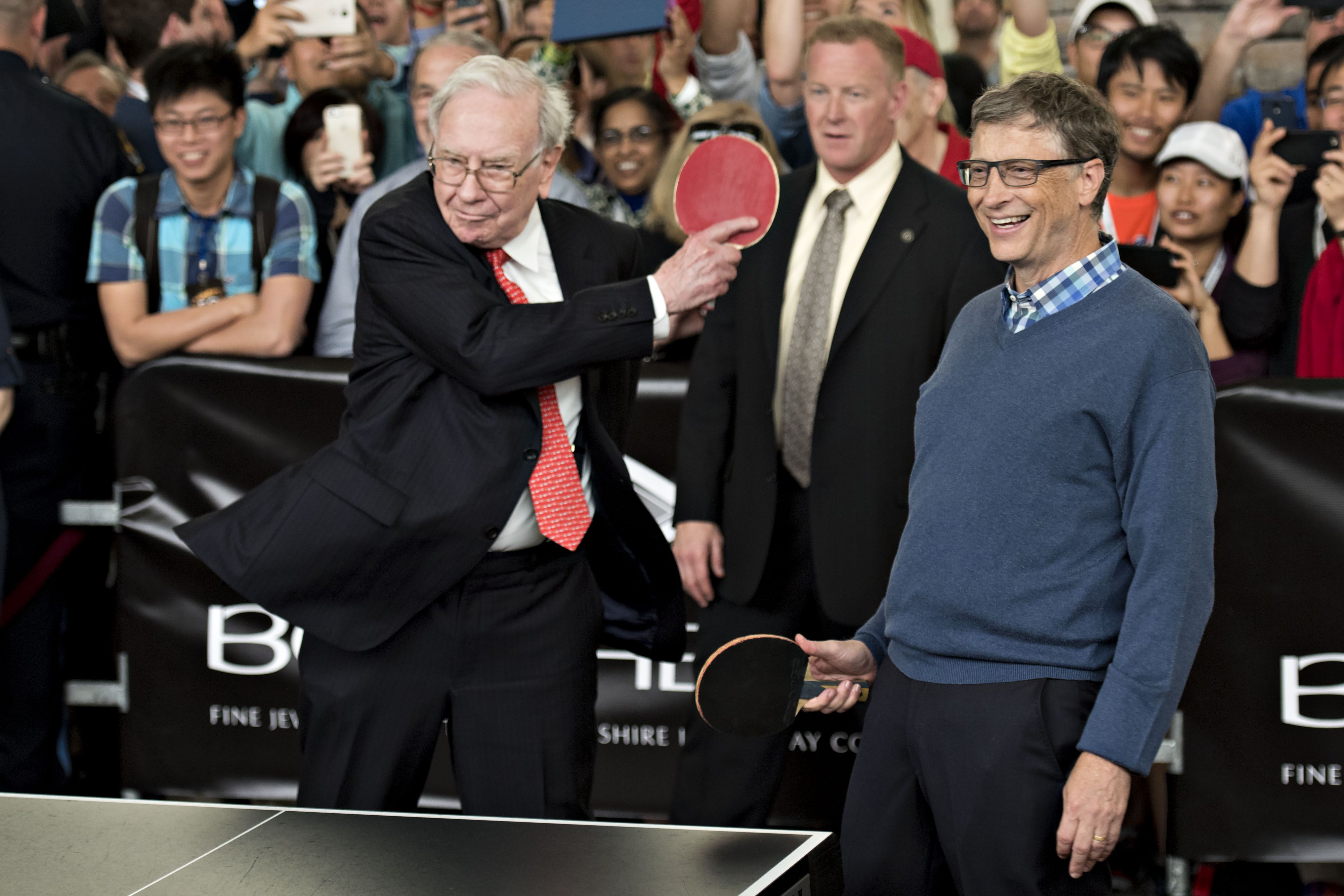 If you’re curious about what true friendship looks like, just imagine Warren Buffett and Bill Gates grilling and chilling while picking up a shift at Dairy Queen. (Yes, that actually happened.)

Buffett, 88, and Gates, 63, have had an enduring friendship: They’ve become bridge buddies, golfing companions and are both members of The Giving Pledge.

“To this very day, every time I go to Omaha (which I try to do whenever I can), Warren still drives out to the airport to pick me up. It’s a small gesture, but it means the world to me,” Gates wrote in a 2016 blog post.

He adds, “I’m always impatient for the plane doors to open because I know Warren will be waiting with a new story or a joke and I’ll be learning and laughing with him all over again.”

The ‘most important’ life lesson

While the two have a mutual level of respect for one another, Gates says he sometimes sees Buffett as a father figure.

“When faced with a challenge, [Melinda and I] often ask ourselves, What would Warren do? It usually leads us to the best answer, ” the Microsoft co-founder writes.

Gates has learned many life lessons from Buffett, but says  “the most important lesson he taught me is what friendship is all about.”

To this very day, every time I go to Omaha […], Warren still drives out to the airport to pick me up. It’s a small gesture, but it means the world to me.

“Even though he keeps up a hectic schedule, Warren still finds time to nurture friendships like few other people I know,” Gates says. “He picks up the phone and calls to say hello. He regularly sends articles he’s read that he thinks Melinda or I will find interesting.”

Taking the time to be emotionally invested in your friendships is a valuable piece of advice that we can all benefit from.

As the billionaire investor once said during a presentation at The University of Georgia: “If you get to my age in life and nobody thinks well of you, I don’t care how big your bank account is, your life is a disaster.”

As we get closer to July 5th, which marks the 28th anniversary of the billionaires’ friendship, it’s worth knowing how one of the highest-profile partnerships in business came to be.

Gates says he never expected to become friends with the Berkshire Hathaway CEO.

In fact, they almost didn’t meet.

Gates remembers it vividly: In 1991, his mother invited him to come out to their vacation home on Hood Canal to meet a bunch of friends, including Buffett. “I didn’t want to go,” he recalls in the blog post. “I told her I was too busy at work.”

But his mother insisted. “Look,” Gates finally said, “[Buffett] just buys and sells pieces of paper. That’s not real value added. I don’t think we’d have much in common.”

Gates eventually gave in, and before he knew it, he and Buffett were suddenly lost in conversation. “He didn’t come across as a big shot investor. He had this modest way of talking about what he does,” Gates said.

Buffett has a similar version of the story. In an 2016 interview with Bloomberg, Buffett said he was visiting Washington state when a friend invited him to dinner with Gates’ parents. His friend also joked that Gates might be at the dinner.

It was a good thing he and Gates decided to go: “When we met, we talked for about 11 hours straight,” Buffett said.

Tom Popomaronis is a commerce expert and proud Baltimore native. Currently, he is the Senior Director of Product Innovation at the Hawkins Group. His work has been featured in Forbes, Fast Company and The Washington Post. In 2014, he was named one of the “40 Under 40” by the Baltimore Business Journal.

Warren Buffett plays ping-pong with Bill Gates at the Berkshire Hathaway annual shareholder meeting in Omaha, Nebraska, on May 3, 2015.

Airbus pushing ahead in tech as it aims for single-pilot planes: CTO
US states unsure of how to halt online sales of abortion pills
To Top
error: Content is protected !!