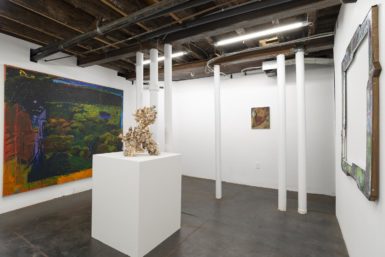 This Friday on New York’s Lower East Side, a new gallery called A.D. is set to open, fittingly in the space formerly occupied by the now-closed gallery Bible, at 19 Monroe Street.

Both Hinger and Irzyk have experience with their own spaces: Hinge runs Catbox Contemporary in Ridgewood, Queens, and in addition to being associate director of Brennan & Griffin, Irzyk runs Step Sister, a space beneath that gallery. Irzyk told ARTnews over the phone, “Me and Phil’s spaces are on the quirkier side, so we’re looking forward to doing shows that fit in a more traditional space.”

Irzyk added, “Phil is tapped into an international network of sorts, so we’re interested in bringing people from outside New York to do shows alongside local artists. For us, this is a totally new venue.”