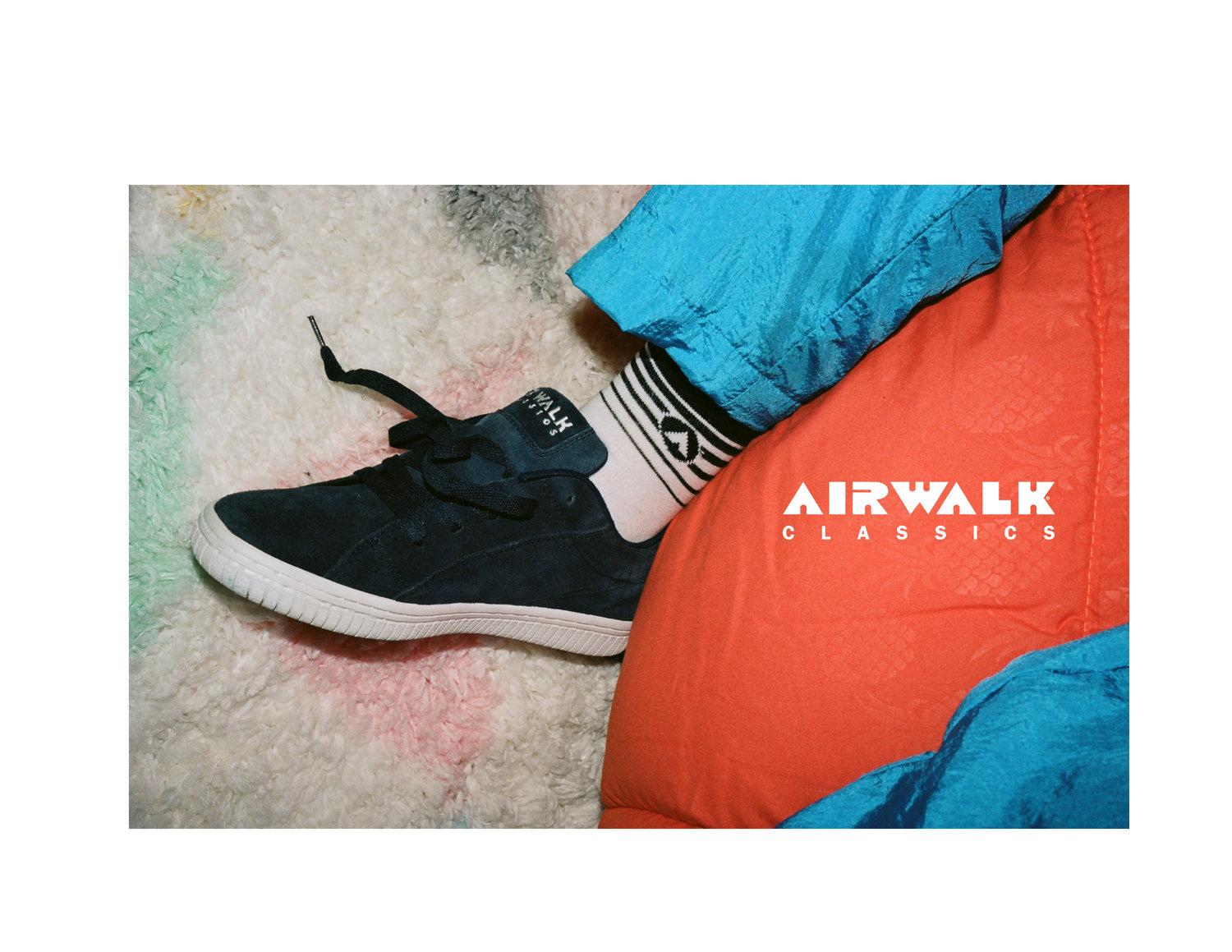 Walk onto a high school or college campus today, and you’d think you were in a 1990s mall. Dad sneakers. Fanny packs. Neon jackets. The clothes seem pulled out of a box in the attic rather than from a glossy new magazine.

For years, the fashion world has been riding a wave from the past. Young consumers are turning to the 90s for inspiration, interested in styles that Gen Xers recall from their youth. The movement, which swept all corners of the fashion industry, has led to the revival of trends and companies that were long ago pronounced dead.

“Fashion always evolves and references the past. It’s because we’re nostalgic,” said Shawn Carter, professor of fashion management at the Fashion Institute of Technology. Millennials and Generation Z find past decades appealing because the styles are new to them, she said. “It’s not vintage for me when my daughter shops in my closet, but it’s vintage to her because she wasn’t around.”

And brands only need to dig up past catalogs when brainstorming designs. “It’s easy to go into the archives and look at what worked, and contrast it to what we’re experiencing today in fashion. To reference that, tweak it, and update it to be modern,” Carter said.

Footwear company Fila, for example, relaunched a sneaker that first debuted in 1996, with a few adjustments. The Disruptor II had a sawtooth sole, and came in different colored suede and leather to keep it on-trend. The shoe was named Footwear News’ 2018 Shoe of the Year, and the company’s sales increased 205% between 2016 and 2018.

Like Fila, some companies have been able to successfully cash in on the trend. But others have tried and failed.

Buffalo Boots, a brand that sells particularly chunky platform sneakers, has seen huge growth on the “dad” shoes trend. The company first became popular in the mid-90s, after being worn by the Spice Girls at parties and photo shoots. The celebrity endorsement led to a surge of interest, especially in Europe, but the chunky style soon grew out of vogue.

Just a year ago, following the resurrection of similar styles from footwear brands such as Fila and Nike, Buffalo’s inches-high platform sneakers began to reappear all over the websites of popular retailers.

Birkenstock sells sandals made out of cork-latex, that feature belt-like straps and buckles. The German company’s sandals first arrived in the U.S. in the mid-1960s, and cycled in and out of fashion over the next few decades. The shoes began to really take over the market in the 1990s, described by the Los Angeles Times in a 1991 article as “selling as well as Chanel princess pumps.”

Margot Fraser, importer of Birkenstock Footprint Sandals, posing amidst the dangling feet of four people sporting the many varied styles of this cloddish sandal, at her distribution center, July 19, 1991.

Retailers are stocking more Birks this year. Inventory is up 140% at Nordstrom and 171% at Zappos over the past three months, according to Edited’s market analyst Kayla Marci. “Birkenstock is still gaining traction in the market without the need for constant promotion,” she said in an email.

American sweatshirt producer Champion is also seeing new life. The athletic company first became a household name after partnering with the National Football League in the 1970s. Then, in the 1990s, it became the exclusive outfitter of all National Basketball Association teams.

In the past quarter, the Hanesbrand-owned label posted global sales growth of 75%, after accounting for currency fluctuations. The company expects it to outpace its goal of $2 billion in Champion sales by 2022.

But not all companies have been able to recreate products that hit that nostalgic sweet spot.

Juicy Couture, a brand known for its colorful, monochromatic tracksuits, enjoyed widespread popularity in the late 90s and early 2000s. The velour suits were mainstays at luxury department stores, snatched off the racks by women to whom the rhinestone-studded “Juicy” on the rear meant status. Juicy’s distinctive style soon went out of fashion, and the label was sold to Authentic Brands Group for $195 million in 2013. By 2015, it closed all of Juicy’s retail stores.

In 2017, the company watched as mom jeans and fanny packs got a new lease of life — and took a stab at its own resurgence. It partnered with Urban Outfitters on a velour hoodie and wide-leg pant collection, and its new releases could be seen on the likes of Kylie Jenner and Katy Perry.

But Marci said despite murmurings that the tracksuits were poised to make a comeback this year, 70% of Juicy’s stock is reduced at ASOS, while 91% of the brand is on sale at Macy’s, “a telltale sign of slow performance.”

Airwalk was another staple of 90s skate and grunge culture. The shoe’s style sleek style was relaunched in 2016, in a collection dubbed “reinventing the classics.”

But the shoe has not seen the same revival as other brands, said Matt Powell, a sportswear analyst at NPD Group.

“I think they might’ve been a little early. Sometimes catching the wave is all about timing,” he said. “And I think they didn’t really follow the edict of keeping it small, keeping it with influential retailers, and not offering it up to just anybody.” Airwalks are now being sold at online retailers Zumiez and Journey’s, but labels like Champion saw success by partnering with streetwear brands Supreme, Vetements and others.

Although the jelly sandals from your childhood tried to make a comeback, it flopped — a lucky thing for the environment, said Marci. Brands such as Melissa Shoes have worked to make the shoes recyclable, but retailers are backing away from the trend. In the United States, the number of the see-through, often sparkly sandals in stock have declined by 36% year over year, and 61% of the styles are currently discounted, according to data from Edited.

And then there are the few companies whose futures had been written off, but have been revived so recently that it’s too soon to tell what their fate holds.

Jean company JNCO, for example, sold ultra wide-legged jeans that were popular with 90s ravers and skaters. It was hard to predict that the baggy style would ever become back into fashion. But earlier this month, JNCO officially relaunched with eight new styles inspired by its 90s look.

“We are getting amazing reviews about the quality, the design, and people are so excited and looking forward to more designs, especially the iconic designs from the 90s,” said Milo Revah, one of the original founders of JNCO.

Apparel company Delia’s was worshiped by tween girls in the 90s, who eagerly thumbed through its catalog to search for their favorite outfits in its pages. Eventually, however, they grew out of the company’s feminine styles, as would the rest of the world. Delia’s declared bankruptcy in 2014.

But in another capitalization of the 90s movement, Delia’s was resurrected by teenager retailer Dolls Kill, and launched a revamped collection in November 2018. Many of their styles were created by looking through their past catalogs, but redesigned with a modern twist. 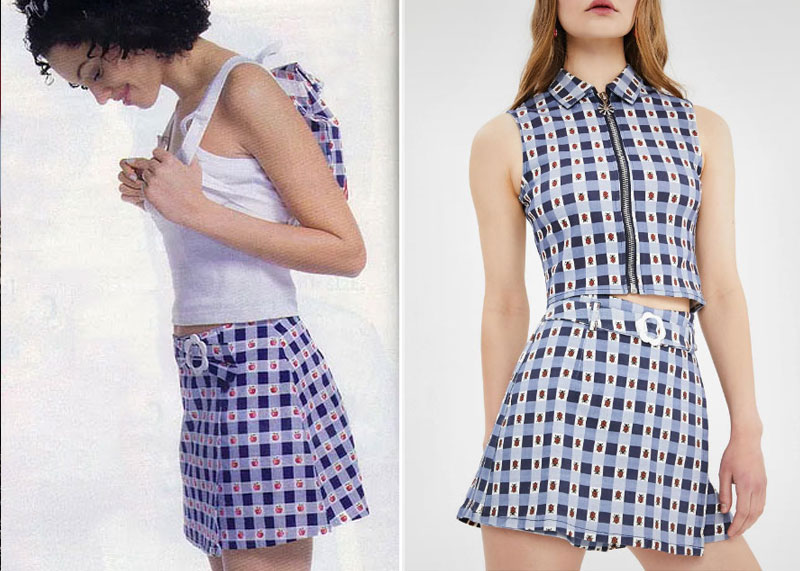 A style from Delia’s original catalog on the left, compared to an outfit from a new collection

“Fashion is always cyclical, and it’s always been that way,” said Madelyn Wicks, product developer at Delia’s. “We’re able to update the old classics in more of a modern way, and tweak the colors and fit to make it more relevant to 2019. There are hints of 90s nostalgia, but it still rings true to what people are wearing today.”