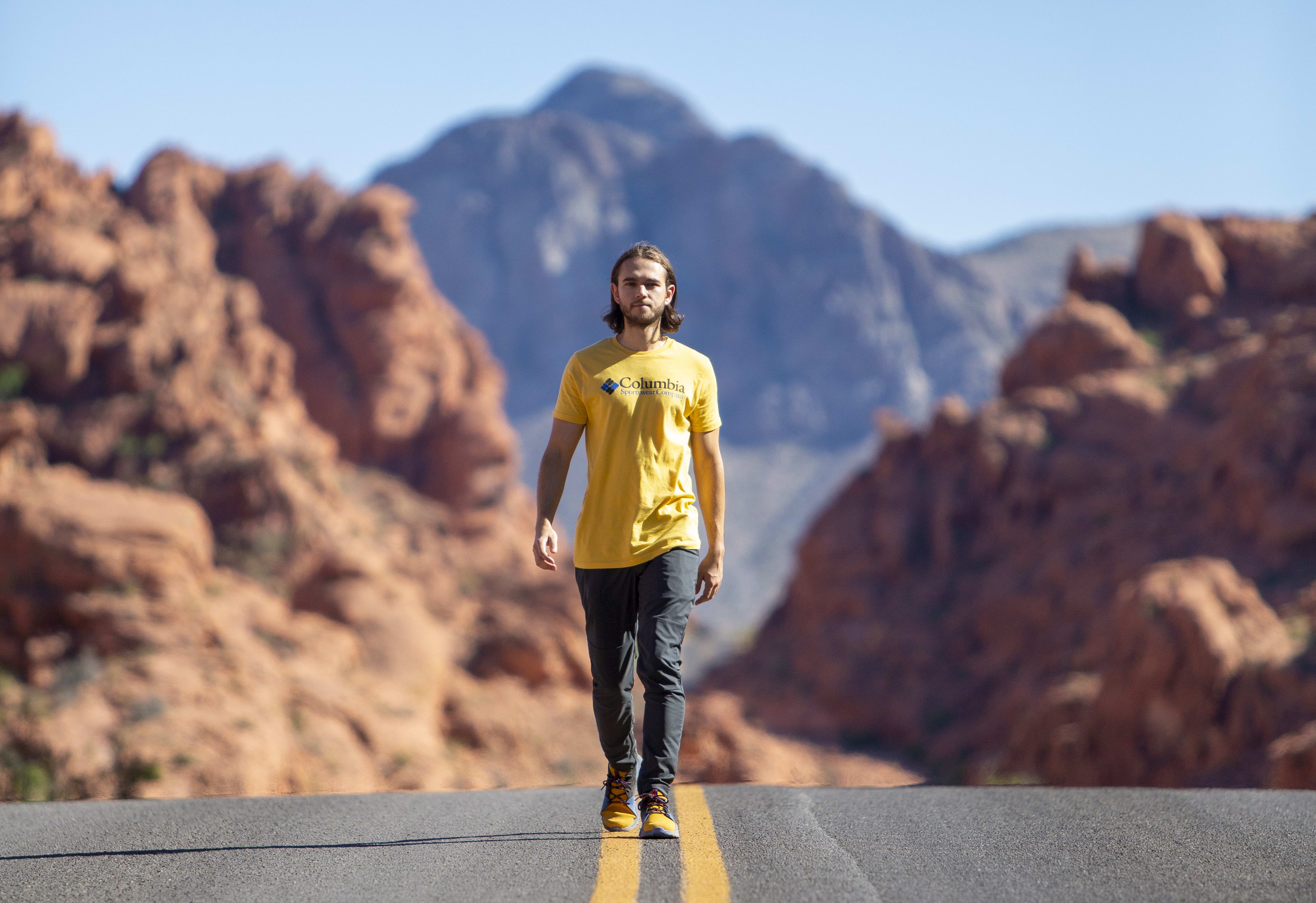 Columbia sportswear unveils a new shoe collection with Zedd, a DJ and music producer.Source: Columbia Sportswear Co.Representatives from VF Corporation, Columbia Sportswear, Nester Hosiery, and NEMO Equipment met with lawmakers on Capitol Hill this week, letting them know just how hard the U.S.-China trade war is hitting their bottom-line.”We want our message to get across that this is effecting American businesses, American jobs, American innovation and it’s just delaying all of that,” said Katie Kumerow, sustainability manager for Nester Hosiery, which manufactures specialty socks.From September 2018 to July 2019, outdoor recreation businesses have paid $1.8 billion more in tariffs compared to the year ago period, according to new data released Thursday by the Outdoor Industry Association. This tariff increase is nearly triple what outdoor industry companies paid last year, according to the trade group’s latest data.”Our growth is being hampered right now because we are not able to expand our workforce,” says Brent Merriam, Nemo Equipment Chief Operating Officer, who joined fellow association members on Capitol Hill Thursday.NEMO Equipment, a 30-person New Hampshire-based manufacturer of sleeping bags and tents, has paid $175,000 in tariffs so far. While that might not seem like much, Merriam says it means a lot to his business, and has resulted in putting three jobs on hold.NEMO Equipment has also had to dedicate time and resources to finding new supply chain partners. Merriam traveled to the Philippines last fall as part of an effort to relocate a line of camp chairs from a supplier in China.”The resources that we normally would’ve applied to innovating new products have been diverted to making the same product we already make somewhere else,” Merriam said.Nester Hosiery, which is based in Mount Airy, North Carolina, has faced its own set of challenges when it comes to sock production. Its largest merino wool supplier was based in China. Immediately after the Trump imposed a 10% tariff on Chinese imports last September, the supplier moved production to its European factories to avoid much of the penalties.The process took nearly six months, and even now, the lead time for ordering materials is three to four weeks longer than before.”The transition itself was problematic and caused a lot of delays, and even now that all our raw materials from them are fully transitioned to Europe, we’re seeing capacity issues and generally longer lead times to get the wool to North Carolina where we knit our socks,” Kumerow said.Columbia Sportswear provided lawmakers with a mockup of a “tariff price tag” that shows the impact of President Donald Trump’s trade war in a photo taken Sept. 12, 2019.Mary Catherine Wellons | CNBCThe outdoor recreation economy accounts for 2.2% of the U.S. GDP, or $412 billion, according to the Bureau of Economic Analysis. The trade group estimates that the industry supports 7.6 million American jobs and accounts for $887 billion in consumer spending, factoring in everything from apparel and footwear to airfare and ski lift tickets.”We’ve also already undergone a year and a half of absolute, utter uncertainty,” Emily Vedaa, Columbia Sportswear’s global customs and trade manager, said after meeting with lawmakers. “Even though we are just being impacted for the most part right now, starting in September, we’ve been scrambling for a year anticipating what might happen.”What has been a robust slice of the economy faces job losses and price increases for consumers if the trade war drags on. Vedaa said she hoped to provide lawmakers with tangible examples of the trade war impact.One of those examples: “tariff price tags.” Columbia mocked up price tags that show the sticker price of a Columbia fleece jacket — along with the regular duty tariff of 32% and additional punitive duty of 25% imposed in recent months by Trump. What starts out as a $100 jacket jumps up to $157. Columbia Sportswear wants the price tags to hammer home how the tariffs are impacting consumers.”We haven’t raised our prices yet, but we are in the process of considering what and when and how much we can actually do that,” said Vedaa. Columbia’s products were hit hardest by the 15% tariff increase on about $111 billion in Chinese goods that went into effect on Sept. 1, and Vedaa said the company had to scramble to import as much product as possible ahead of that deadline. While Columbia has yet to raise prices on consumers, it’s still absorbing the cost of the tariffs in the meantime.The outdoor retail group’s members met with lawmakers from nearly a dozen states. The group started the day meeting Rep. Greg Gianforte, R-Mont., where the outdoor recreation economy generates 71,000 jobs and $7.1 billion in consumer spending according to the group.”No one wins with a trade war,” Gianforte, said in a statement to CNBC. “I’ve urged trade negotiators to quickly resolve talks and announce new trade deals that work for Montana.”The need for certainty has never been greater as companies who have tried to absorb the cost of tariffs until now, but must contemplate inevitable price increases that will ultimately hit the American consumer.”There’s so much value in having our members come to Washington,” said Patricia Rojas-Ungar, a lobbyist for the group. “It is that pressure from Americans coming to talk to their elected officials and making calls to the White House that is causing the President to rethink this policy because the policy is not working, and it’s the American people that are being harmed.”CORRECTION: This story was updated to correct the attribution of a quote to Emily Vedaa.

How to increase your odds of success by 42%
Chevrolet hopes mid-engine Corvette will attract buyers as sales fall
To Top
error: Content is protected !!