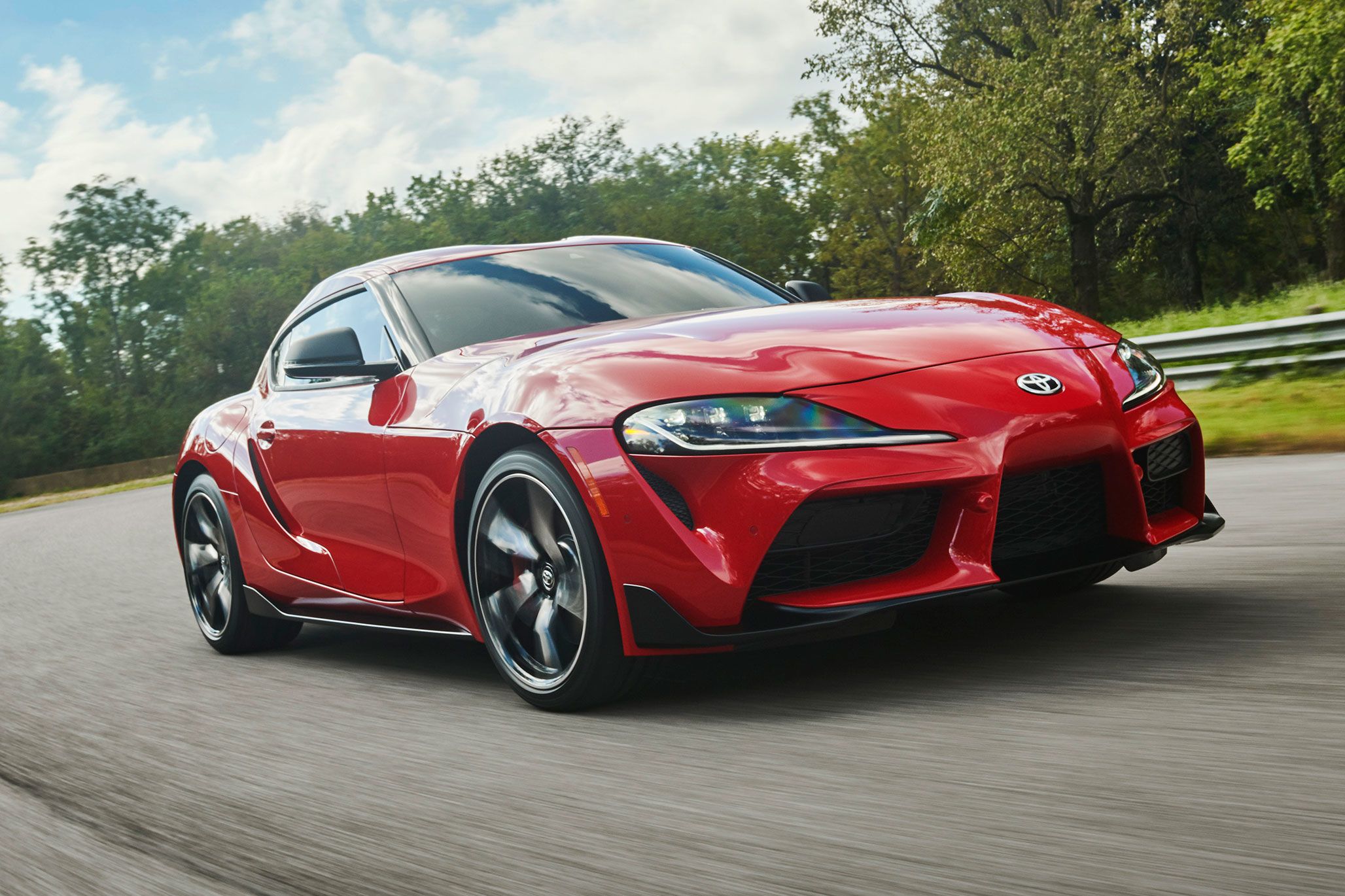 We’ve been hearing the word, “passion,” a lot from Akio Toyoda since he was named president, in 2009, of the company his grandfather founded.

Over that past decade, we’ve seen Toyota adopt an increasingly aggressive design language, but it’s taken until now for it to show that it really understands what that word means, especially to serious performance fans.

It certainly has chosen the right vehicle, the 2020 Toyota Supra making its return to showrooms after a painful, 21-year absence. The Supra was, for past generations, the “halo car” for a brand that had built a reputation for otherwise producing reliable, if blandly plain-vanilla products. Toyota hopes to accomplish the same goal this time around, though it has taken an unusual path to get there.

In a global market increasingly fixated on SUVs and crossover vehicles, sports car sales have been withering. From the day he was named president, Toyoda, who uses the correct Western spelling of the family name, struggled to find a way to make a viable business case for bringing Supra back into the Toyota line-up. He finally found the right formula by partnering with BMW, the German automaker facing a similar challenge justifying a new version of its two-seat Z4.

The project was, at times, quiet vexing. To start with, BMW wanted to build an open-top roadster, Toyota a hardtop sports car. Even after agreeing to develop an all-new platform to accommodate both targets, it was critical to ensure that the reborn Supra and the next-generation Z4 would maintain the distinctive DNA of their respective brands. It was a goal that Toyota missed with a previous collaboration.

Its more plebeian sports car, the 86, was developed in cooperation with Subaru and is all but impossible to distinguish from the smaller marque’s version, the BRZ.

So, as we headed down to West Virginia to get our first drive of the 2020 Toyota Supra, we had to tame our skepticism.

While they may share the same, basic platform, it turns out the two new cars have little else in common. Early on in an unusually long, seven-year development process, the Toyota and BMW development teams parted ways, barely even talking to one another since then. Tetsuya Toda, the head of the Japanese project, told us this past week that he has spent only minutes behind the wheel of the Z4.

But what was accomplished early on was critical, the two teams agreeing on what automotive engineers consider the perfect proportions for a sports car platform. In terms of the new Supra that means a surprisingly short wheelbase but a wide stance, both enhancing its ability to sweep through tight corners on public roads and dance around a track — like the one at the Summit Motorsports Park in Summit Point, West Virginia, where we spent a full day flogging the two-seater around a tight and technical course demanding the best from car and driver alike.

As you might expect, there’s been a fair amount of controversy since BMW unveiled the new Z4 last year, Toyota following with a reveal of the Supra at the North American International Auto Show last January.

For one thing, those who have waited two decades for the return of the Japanese sports car have been wondering why Supra relies on a modified version of BMW’s 3.0-liter inline-six, rather than using an engine pulled of Toyota shelf. And, they follow up, why does the engine make just 335 horsepower and 365 pound-feet of torque in Supra, when the Z4 punches out 382 horsepower and 369 pound-feet?

Chief Engineer Tetsuya Tada answers both questions with one word: “balance.” Indeed, from a performance and handling perspective, everything about the 2020 Toyota Supra emphasizes balance, starting with the perfect 50:50 weight distribution.

The Summit track leaves little room for error, sending you caroming from one corner to another. Yet the Supra never seemed to lose its composure. Even if you hit the brakes late, or misread the entry to a corner, it proved uncannily tolerant and forgiving. Drive well and its precise steering and taut suspension helped you emerge from turning laps feeling like a hero.

All that said, the 2020 Supra isn’t perfect. On the plus side, the coupe bears only the slightest visual resemblance to the Z4, other than their basic dimensions. But, like so many recent Toyota products, it boasts a swirling mass of curves and angles that has proved quite controversial. Fans call the look “sculptural.” Critics have called it a hodgepodge. With the new Supra, it seems, beauty really is in the eyes of the beholder.

If there is one place where you might confuse the two new sports cars it’s when you slide behind the wheel. The navigation screen and infotainment system of the new Supra, along with the iDrive controller, are lifted straight out of the BMW parts bin.

The instrument cluster is unique to Toyota, however, and features a more classic design, centering around the tachometer. That might seem questionable considering there is, to the horror of some fans, no manual gearbox available. But the eight-speed automatic is so quick and intuitive you might overlook that lapse, especially when you get comfortable with the steering wheel-mounted paddle shifters.

And, when it comes to comfort, Supra’s 14-way power sports seats more than do what they’re supposed to. Tighten up the bolsters and they’ll hold you firmly in place on track. Spread the back wings and relax on an extended road trip, especially when you tap the selectable driver’s mode switch to go from Sport to Comfort. That softens the active damping suspension and adds extra steering boost, among other things.

Coming 40 years after the debut of the original Supra, the new sports car is pretty much everything its fans were hoping for. Journalists who came away from the event were all but uniformly impressed. It’s all the more impressive when you consider the $49,990 base price, before the $930 delivery fee, is actually less than what you’d have paid for the previous-generation Supra more than two decades ago.

There will be three versions available, including the “base” Supra 3.0, the 3.0 Premium, at $54,920 and a limited-run Launch Edition, at $56,180. All three share the same powertrain and adaptive suspension system. The Premium adds niceties like an 8.8-inch touchscreen, a head-up display and 12-speaker JBL sound system. And the Launch Edition, limited to 1,500 cars, kicks in red mirror caps, black wheels, a red leather interior and a special, commemorative plaque.

We expect Toyota will sell out the Launch Edition but even company officials are hesitant to predict how the 2020 Supra will fare overall in today’s marketplace. As good as this new entry may be, and it completely squashed our skepticism, the sports car market is a shadow of its former glory.

But there are still some buyers who want something unique and exciting, something that delivers the sort of passion you can’t find in an SUV or CUV. For them, the 2020 Toyota Supra would be well worth checking out.

Paul Eisenstein is a freelancer for CNBC. His travel and accommodations to test the car were paid for by Toyota.