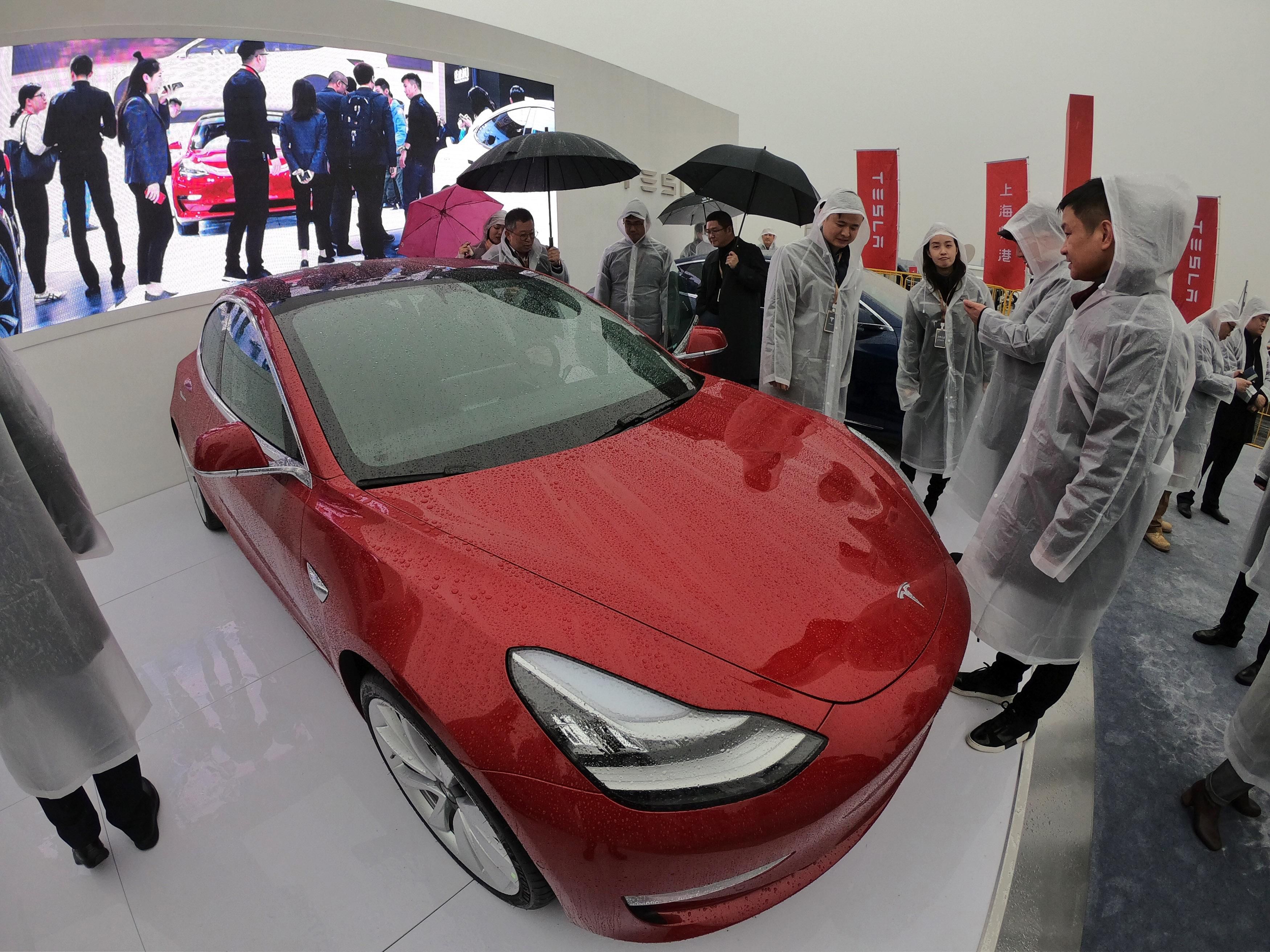 Guests look at a Tesla Model 3 during a ground-breaking ceremony for a Tesla factory in Shanghai on January 7, 2019.

Tesla is considering pricing its China-manufactured Model 3 vehicles between 300,000 yuan and 350,000 yuan ($43,431-$50,670) before subsidies, Bloomberg reported on Tuesday, citing people familiar with the matter.

The final price is still being worked out, Bloomberg said citing a source.

The electric carmaker currently ships Model 3 vehicles from the United States to sell in China.

Tesla is counting on its Shanghai factory, which is scheduled to begin production this year, to manufacture Model 3 cars as it seeks to expand its lineup and boost sales in the world’s biggest EV market.

Tesla was not immediately available for a comment on the pricing, but an announcement is expected on May 31, according to a social media post by the company.

Kushner, Google and Microsoft to attend secret Bilderberg Meeting
Bed Bath & Beyond to add 4 directors in settlement with activist trio
To Top
error: Content is protected !!