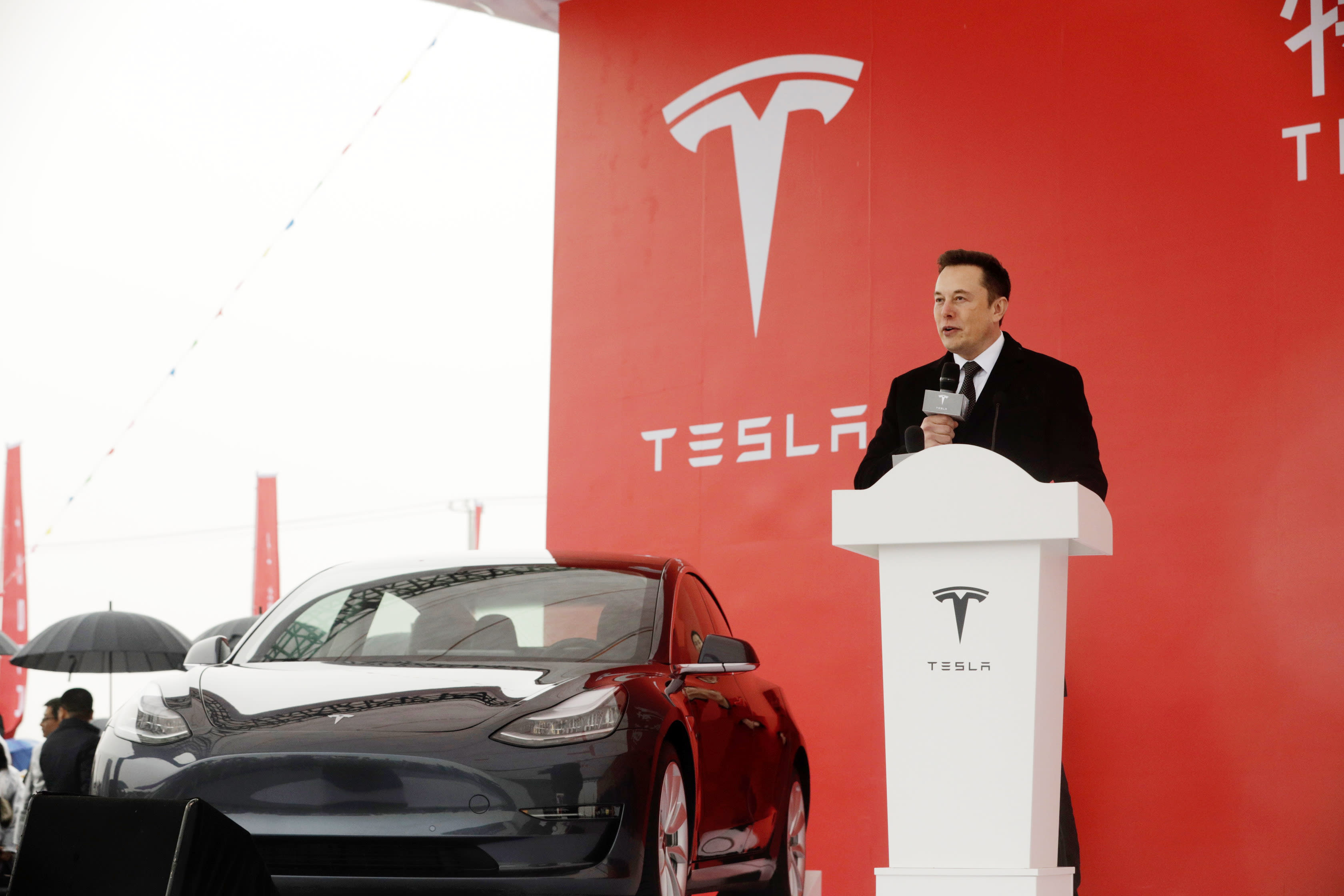 Elon Musk, chief executive officer of Tesla Inc., speaks during an event at the site of the company’s manufacturing facility in Shanghai, China, on Monday, Jan. 7, 2019.

Tesla and Ford have the most to lose among U.S. automakers on China’s announcement Friday to reimpose a 25% tariff later this year on American vehicles entering the country.

The two American car companies are the top sellers of U.S.-produced vehicles in China following BMW and Daimler, which owns Mercedes-Benz, according to research firm LMC Automotive.

The two German automakers represented 57% of the roughly 230,000 U.S.-produced vehicles sold in China in 2018, according to LMC. Ford represented 20% and Tesla followed at 7%.

While General Motors and others have significant sales in China, they have local production facilities and joint ventures with Chinese companies that help shield them from tariffs. GM produces the vast majority of its vehicles sold there in China.

Mercedes-Benz exports some cars to China from its Alabama plant, and BMW sends some cars from its Spartanburg, South Carolina, factory to China. Tesla currently exports all of its vehicles sold in China from its Freemont plant in California.

Tesla, according to LMC, is forecast to double imports from the U.S. to China to nearly 35,000 vehicles in 2019 – the largest increase of any automaker. Ford, on the other hand, is expected to cut imports by 33% this year.

Tesla would avoid some of the tariff hike once it completes construction of its Gigafactory 3 plant in Shanghai. The company broke ground on the $2 billion factory in January. It is expected to be begin production by the end of the year.

The 25% tariff as well as a 5% tariff on auto parts and components are scheduled to take effect Dec.15. China had paused the tariffs in April. The Chinese State Council announced the auto tariffs Friday as part of new tariffs on $75 billion worth of U.S. goods as part of the country’s ongoing trade war with the U.S.

Ford declined to comment on the direct impact of the 25% tariff but said the company “is the leading exporter of vehicles assembled in the U.S. and we are uniquely a net exporter to China.”

“We encourage the U.S. and China to find a near-term resolution on remaining issues through continued negotiations,” Ford said in an emailed statement to CNBC. “It is essential for these two important economies to work together to advance balanced and fair trade.”

John Bozzella, who chairs the ad hoc group “Here for America” that includes VW, Daimler and BMW, said the “tit-for-tat tariffs, absent any meaningful negotiations, are damaging to the American auto industry.”

“When these tariffs were initially imposed by China in 2017, American exports of finished vehicles dropped by 50 percent,” he said in a statement. “We can’t let that happen to American workers again.”

Tesla CEO Elon Musk has complained that trade between the U.S. and China is lopsided and unfair to American companies.

While discussing third-quarter earnings in October, Tesla said it costs 55% to 60% more to make its vehicles than “the exact same car” made by Chinese producers. The market in China is “by far the largest” in the world for electric vehicles, Tesla said.

According to Tesla, the new China facility “will allow Tesla to localize production of Model 3 and future models sold in China, with plans to eventually produce approximately 3,000 Model 3 vehicles per week in the initial phase and to ramp up to 500,000 vehicles per year when fully operational (subject to local factors including regulatory approval and supply chain constraints).”

Barclays analyst Brian Johnson in a note last April amid trade uncertainty between the U.S. and China said Tesla could be the U.S. automaker most hurt by a trade war with China.