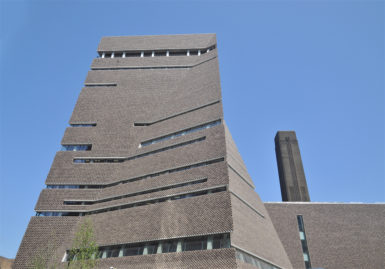 The Switch House expansion at Tate Modern in London.

Following Sunday’s news that a six-year-old French child was allegedly thrown from the 10th floor viewing platform at London’s Tate Modern, a suspect has been charged for attempted murder. According to the BBC and The Guardian, the suspect, a 17-year-old boy, was held in custody by the Metropolitan Police on the day of the incident. At the time, a statement from the police said that the suspect wasn’t known to the victim. No more information has been made public about the relationship between the victim and the teenager in custody.

The teenager appeared before prosecutors today at London’s Bromley Youth Court. The victim suffered fractures to his arms and legs, as well as a “deep” brain bleed, according to prosecutor Sian Morgan. The child landed on the 5th floor balcony, and was flown by helicopter to the hospital. The victim remains in critical but stable condition with a fractured spine.

On August 22, the teenager will appear at the Old Bailey, the Central Criminal Court of England. He will remain in custody until then.

The Tate Modern closed for the day following the incident, but has reopened since.

ARTnews has reached out to the museum for comment, and will update this post as we hear back. At the time of the initial event, a representative said in a statement, “Tate is working closely with the police. All our thoughts are with the child and his family.”