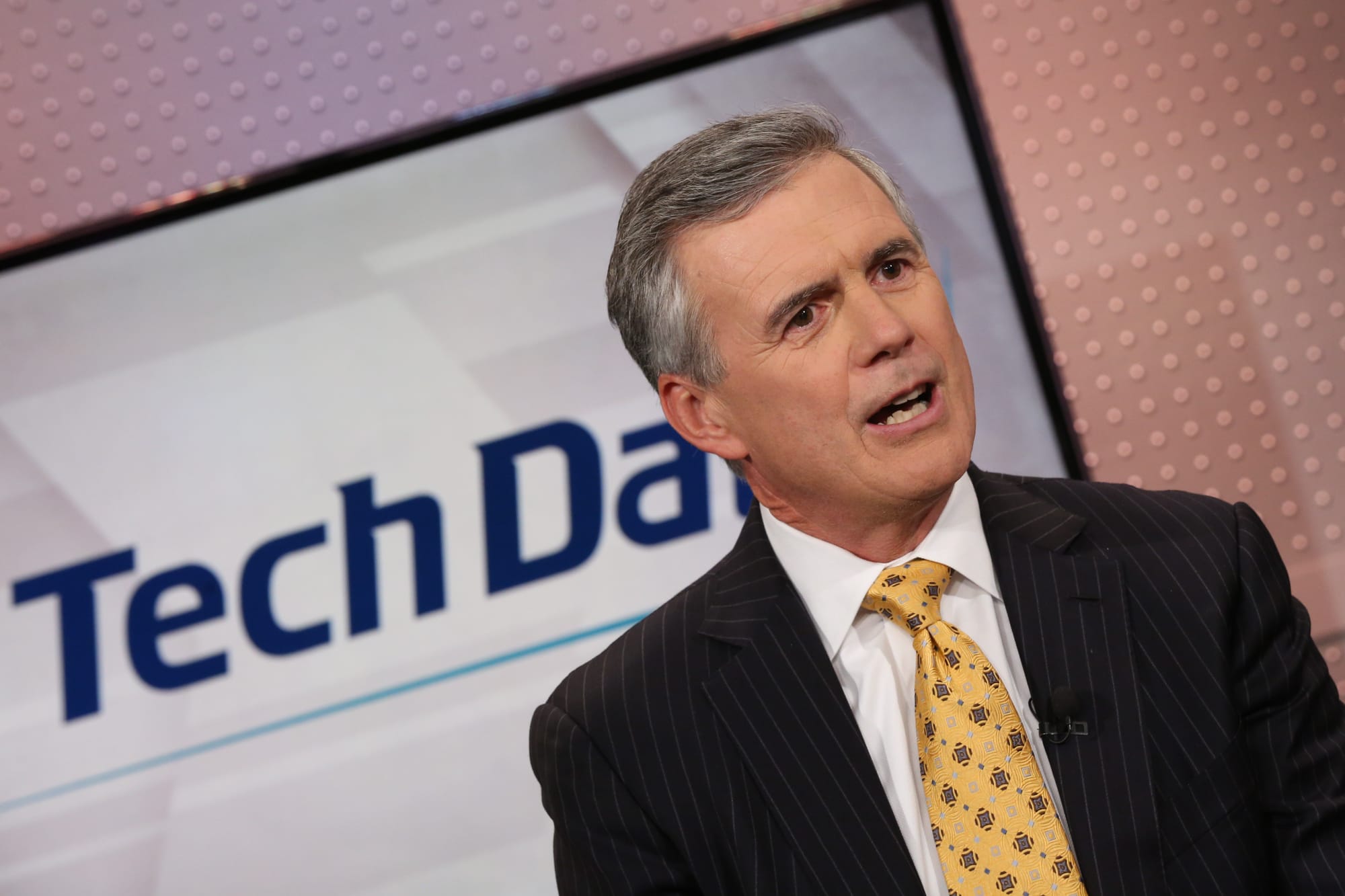 The head of an IT products and services distributor told CNBC on Tuesday that small- and medium-sized businesses have not slowed down investing like larger corporations, and it’s showing up in the company’s results.”Anecdotally, we think SMB is much stronger than large enterprise [now] … and we’re taking advantage of that,” Tech Data CEO Rich Hume said in a sitdown with Jim Cramer on “Mad Money.” “In tech, something is always hot. We can move to where the demand is quickly.”The comments came on the same day that the Federal Reserve cut the benchmark interest rate. The policymaking Federal Open Market Committee noted that consumer spending is “rising at a strong pace,” but “business fixed investment and exports have weakened.”Despite that, Tech Data delivered a sales beat in its latest quarterly report, $9.09 billion versus an estimated $8.71 billion, and a profit of $2.69 per share. The company topped analyst forecasts in the Americas, Europe and Asia markets, according to FactSet. The Florida-based firm is one of the largest wholesale technology products and services distributors across the globe.Since late August, the stock has spiked more than 27%, from less than $81 per share to more than $103 in Wednesday’s close.Recession fears have not weakened Tech Data’s business operations, which reach 125,000 customers from the PC ecosystem to sophisticated data centers, Hume said. The company’s customers are concentrated in SMB, he added.”So we find that to be a really good market right now,” he said.”We, on the average, ship and bill about $150 million each working day. And so, again, we move to where the demand is, and we are blessed to have a very broad portfolio so we have the opportunity of really moving to where the demand is in the market,” the chief added.Hume also said the digital transformation is the “big market mover.” It’s just in the “second or third inning” and will go on for a decade, he continued. Tech Data is also focused on the next generation of technology, end-to-end computer networking and its global footprint.”When you back it with 5G in the future, [the digital transformation] really is going to go to a new and different level,” Hume said. There are great opportunities there, he said, “but you know we’re very focused on cloud, analytics, IoT, security and services, and we believe that those are the growth areas for the future moving forward.”Tech Data is guiding between $9.2 billion and $9.5 billion of revenue in the quarter ending in October, a slight year-over-year bump, according to FactSet.WATCH: Cramer talks small and medium-sized business investment with Tech Data CEO Rich Hume

I think GE will be higher a year from now
Tesla Model 3, Audi e-tron get top marks in crash tests
To Top
error: Content is protected !!