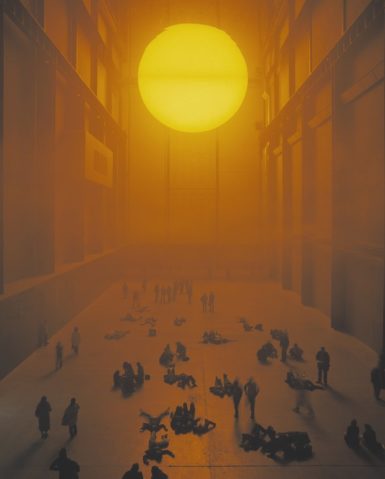 With calls from activists to reform their practices, museums around the world are changing their ways. Now one high-profile European museum has revealed plans to go green.

In a release issued on Wednesday, Tate in London said that its directors have issued a “climate emergency.” Within the announcement, the directors pledged to reduce the museum’s carbon footprint by 10 percent within the coming four years, to switch its galleries to more environmentally friendly electrical systems, and to expand the green options available in its restaurants so that more vegetarian and vegan offerings are on the menu. Additionally, the museums will audit their staffs’ travel policies and will encourage them to be “train-first.”

“We will interrogate our systems, our values and our programmes, and look for ways to become more adaptive and responsible,” Tate’s directors said in the announcement. “As an organisation that works with living artists, we should respond to and amplify their concerns. And, as our audiences and communities across the world confront climate extinction, so we must shine a spotlight on this critical issue through art.”

The announcement comes less than a week after Tate Modern opened an exhibition by Olafur Eliasson, whose work has long dealt with themes of environmental friendliness. The Icelandic artist has been given control of a café at Tate, and is now offering a menu of environmentally sustainable and locally sourced food based on a similar one he facilitates at his studio. He’s also debuting a new sculpture resembling a manmade waterfall in the museum’s terrace.

Several years ago, Tate was among the most notable British institutions that had come under fire for its connections to the oil company BP. In receiving funds from BP, activists alleged, Tate was helping promote the destruction of nature via the fossil fuel industry. In 2016 Tate said it would end its 26-year relationship with BP, following protests by the activist groups Liberate Tate and BP or Not BP. (Both groups have also protested the British Museum for its connections to BP. Earlier this week, one trustee at that institution resigned, citing BP’s funding as one of her reasons for doing so.)

At the end of its announcement, which can be found in full on Tate’s website, the directors state, “Our declaration of a climate emergency is just the beginning in our determination to effect and inspire change.”