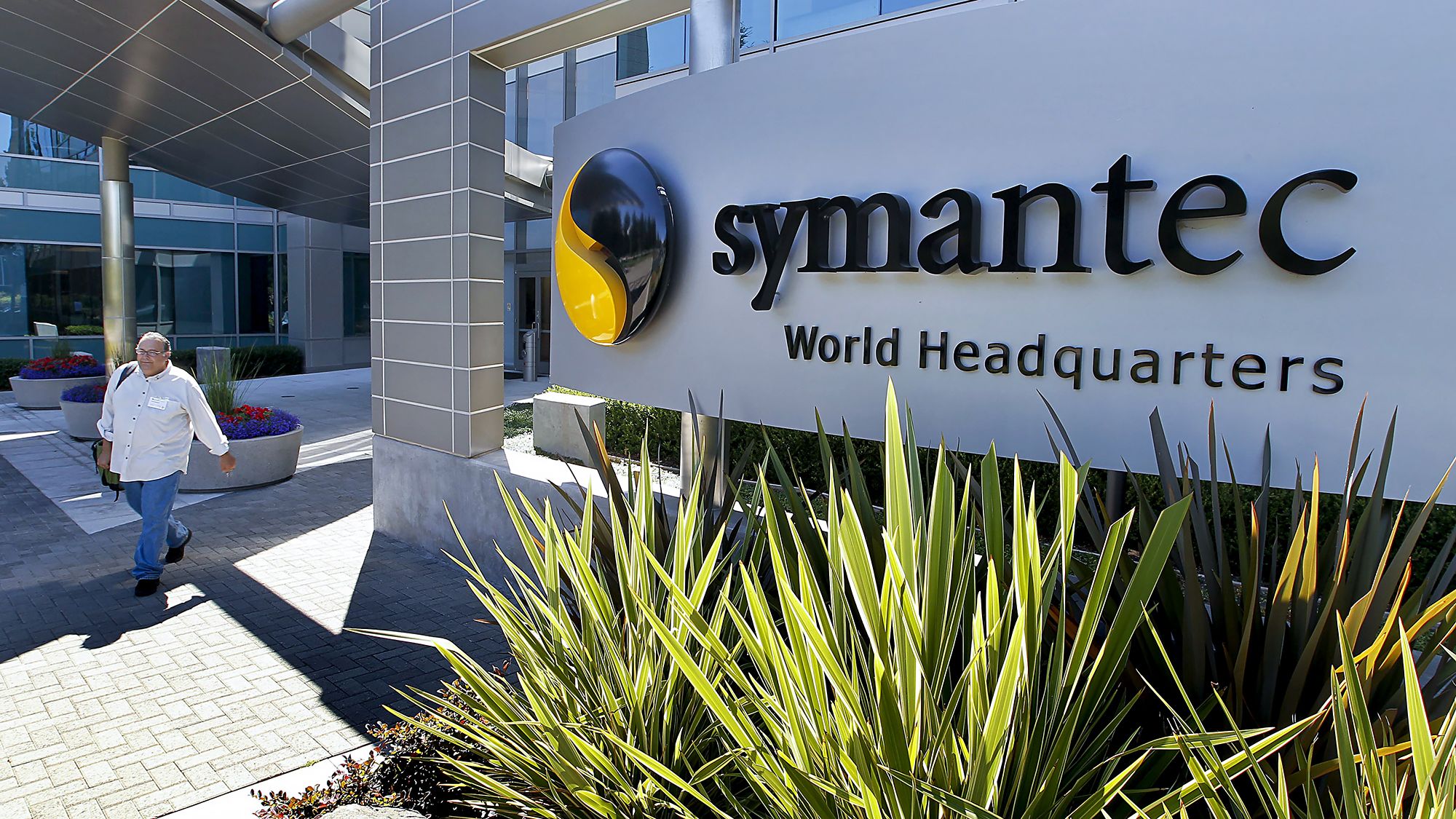 Symantec shares surged more than 20% in extended trading on Tuesday after Bloomberg reported that Broadcom is in advanced talks to acquire the security software vendor.

Symantec has been plagued in recent years by management turmoil and a flailing core business as cloud security companies have taken share of the enterprise market and a newer crop of companies have emerged to protect mobile devices.

Greg Clark was the most recent CEO departure in May. Clark said he wanted to spend more time with his aging father, but departed after the company missed revenue estimates for the fourth quarter. Symantec director Richard Hill, formerly CEO of Novellus Systems, was named interim president and CEO, effective immediately, according to a statement at the time.

Shares of Symantec climbed to $27.35 after the Bloomberg story. The stock closed regular trading at $22.10, and had lost about a third of its value in the past two years.

Chipmaker Broadcom has been on an acquisition spree, buying CA Technologies for $19 billion last year. But its effort to purchase Qualcomm was blocked by the Trump administration.

Japanese brewer Suntory to hold off investing in China amid trade war
BMW gives its trendsetting 2020 X6 crossover a major makeover in redesign
To Top
error: Content is protected !!