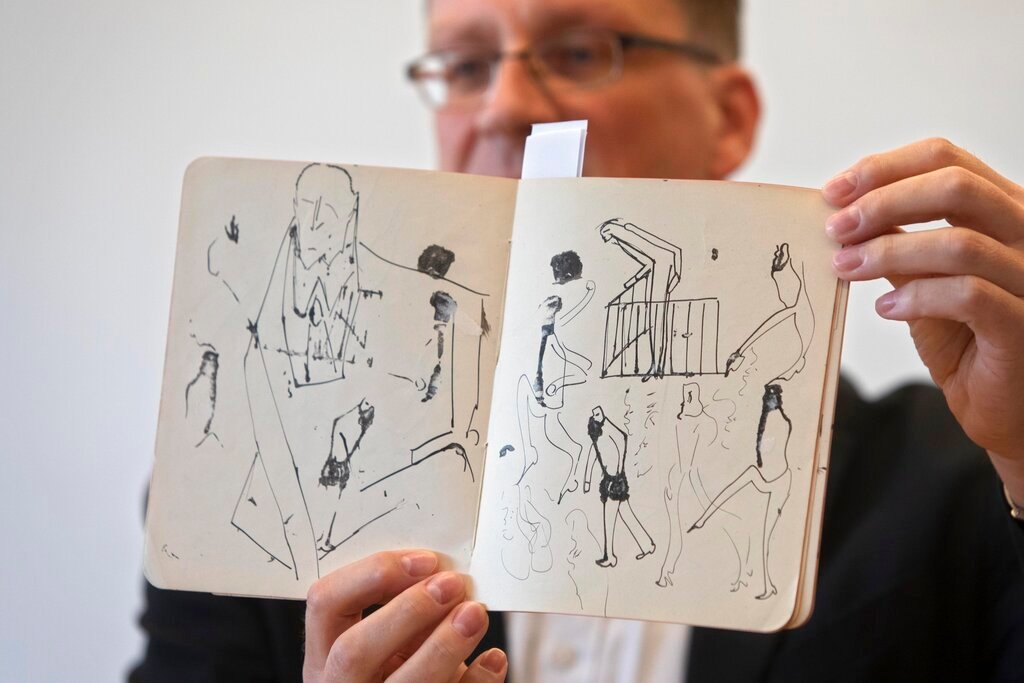 To receive Morning Links in your inbox every weekday, sign up for our Breakfast with ARTnews newsletter.
The Headlines
AS MUSEUMS REOPEN IN THE UNITED STATES, their directors are feeling a bit more optimistic about the future, according to a new American Alliance of Museums study picked up by the Art Newspaper. In an April survey of about 1,000 organizations, 15 percent of respondents said that there was a “significant risk” of closing permanently in the next six months or that they did not know if they would make it. That is not a comforting number, but it was an improvement over the 29 percent that gave those answers in an October poll asking about this coming fall. In all, 46 percent of museums said they had cut staff during the pandemic, by an average of 29 percent. “The museum field will take years to recover to pre-pandemic levels of staffing, revenue, and community engagement,” the AAM’s president and CEO, Laura Lott, said in a statement.

THE STREET ARTIST MICHAEL MCLEER HAS FILED SUIT against the NYPD for painting over a piece he made in Brooklyn more than a decade ago, the New York Daily News reports. McLeer argues that he had permission to do the mural at the time. He has asked other artists whose work has been covered up during a recent cleanup campaign to join the suit. The police effort “endangers hundreds of valuable, recognized, and permitted artworks,” the suit claims. In other street-art news, a Banksy show that has been touring the world since 2016, “The Art of Banksy: Without Limits,” will make soon make its first stop in Asia, opening in Seoul in July, according to the Korea Times.
The Digest
Some 120 drawings and 200 letters by the author Franz Kafka are now viewable online via the National Library of Israel. It’s a long story, but securing the material and getting it on view was apparently quite an ordeal—perhaps even “Kafkaesque,” according to the AFP. [AFP/France24]
An idea by the artist Martin Roth, who died in 2019, to turn an abandoned building in Newburgh, in Upstate New York, into what he called a “plant concert hall” and garden, is on the verge of being realized. The project involves plants being fitted with wires to transmit sound. [The Art Newspaper]

The French pediatrician and heiress Léone-Noëlle Meyer said she was giving up her thorny legal battle over a Camille Pissarro painting that was looted by the Nazis from her adoptive parents and spotted in 2012 at the University of Oklahoma’s art museum. The upshot: Abandoning her efforts to amend a 2016 agreement concerning the work, Meyer gave the painting to the university, which said it intends to transfer the piece’s title at a later date, probably to a French institution. Meyer had hoped to donate it to the Musée d’Orsay in Paris. [The New York Times]
The Italian artist Salvatore Garau has been selling invisible sculptures. His latest went for $18,000. [NPR]
Steve Waller, an artist in Middlesbrough, England, estimates that he has spent 27,000 hours creating a miniature replica of the town’s now-demolished St. Hilda’s district. At least judging from photographs, it’s pretty impressive! [The Guardian]
There are dozens of Vincent van Gogh multimedia extravaganzas competing for viewers in the United States right now, put together by at least five different corporate groups. Here is a guide to all of them. [Artnet News]
The Kicker
A 1960 JAGUAR SELLING FOR ABOUT $128,000 MIGHT NOT SEEM LIKE NEWS, but the Jaguar XK150 S that went for that at a Bonhams auction last month was severely damaged, having been in a major accident way back in 1996. The price was six times its estimate, Bloomberg reports, and if someone is planning to fix it up, they will have to pay a princely sum. But such “barn finds” are hot right now, even if they do not necessarily make economic sense. “To be honest, we don’t really know why that much money is being spent,” one market watcher told the publication. [Bloomberg]
Thank you for reading. We’ll see you tomorrow.