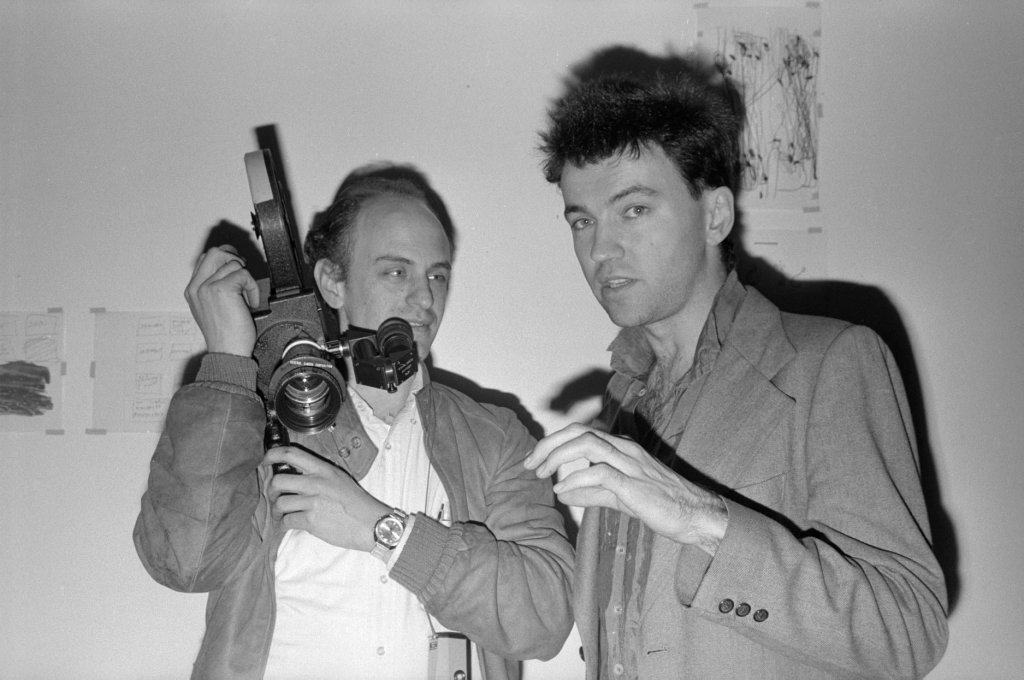 To receive Morning Links in your inbox every weekday, sign up for our Breakfast with ARTnews newsletter.
The Headlines
‘ANOTHER ONE OF THE GREAT ART WARRIORS IS GONE,’ the actress and Fun Gallery cofounder Patti Astor wrote on Facebook. Diego Cortez, the legendary Downtown Manhattan curator who helped launch the career of Jean-Michel Basquiat, has died, ARTnews reports. A founder of the Mudd Club in Tribeca in 1978, Cortez organized the show “New York/New Wave,” of fast-emerging artists, at the P.S.1 Contemporary Art Center in Queens in 1981, which included Basquiat (billed by his graffiti tag, Samo), Nan Goldin, Keith Haring, Greer Lankton, and many more. It was a sensation, and Basquiat drew particularly praise. “I would not have suspected from Samo’s generally grotty defacements of my neighborhood the graphic and painterly talents revealed here,” the critic Peter Schjeldahl wrote in the Village Voice.

THE ITALIAN POLICE HAVE BEEN BUSY IN RECENT MONTHS. Among their activities: They found a Nazi-looted Poussin in their home country and an ancient Roman sculpture, also looted, in Brussels. Now they have recovered nearly 800 Roman artifacts that were exported illegally from Italy, the Associated Press reports. These, too, were found in Belgium, in Antwerp, in the hands of a collector. The pieces date back more than 2,000 years and are valued at some €11 million (about $13.1 million); many come from tombs in Puglia. (The collector, who fought the confiscations, was not named in the report.) Last but not least, Italian police nabbed an alleged trafficker in rare cacti, the AP reports. “I never imagined there could be a market like this,” an official said.
The Digest
Arnold Odermatt, a Swiss photographer and policeman who pioneered the use of photos to document accidents, and as evidence, has died at the age of 96. Odermatt enjoyed a late burst of fame when his son Urs, a filmmaker, brought attention to his father’s body of work, of tens of thousands of images, leading the curator Harald Szeemann to include them in the 2001 Venice Biennale. [Swissinfo]
Banksy is attempting to protect two of his most famous works from being used for commercial purposes in Australia, by registering them as trademarks. A similar legal maneuver by the pseudonymous street artist was recently rejected by a European Union court. Some Australian legal experts question whether the plan will work. [The Sydney Morning Herald]

A day before more than 100 works from Swiss billionaire Urs Schwarzenbach’s art collection were to be auctioned to help cover a fine for tax evasion related to importing art, the sale has been called off by authorities. Schwarzenbach reportedly paid CHF 6 million (about $6.53 million) to the government, which says that he still owes millions more. [Tribune de Genève and SwissInfo]
The owner of Soho House, the private clubs favored by so many who work in and around the art industry, is going public. Membership Collective Group, which runs 28 Soho Houses, has filed for an IPO with the New York Stock Exchange. It declared $826 million in debt as of April, which it plans to pay down with proceeds from the stock offering. [Bloomberg]
Critic Christopher Knight blasted J. Seward Johnson II’s Forever Marilyn (2011) sculpture, of a gigantic Marilyn Monroe in a white dress, which was just installed by a business group in Palm Springs, California. It is “adolescent sculptural trash” and a “colossal monument to misogyny,” Knight argues. “Misogyny’s contempt for women is the root of homophobia and transphobia,” he writes. [Los Angeles Times]
An open call is being launched to design a block-long mural for the rather unlovable Port Authority Bus Terminal in New York. It’s part of a $10 billion redevelopment plan that is set to be completed in 2023. [The Art Newspaper]
The Kicker
A DAVID BOWIE PAINTING WAS RECENTLY BOUGHT for about $4 at a Goodwill in Canada, and is currently going for a lot more at an online auction. Now a painting snapped up for $1 at a Goodwill in Cincinnati has generated another surprising story, CBC reports. The buyer of the floral still life did a bit of internet sleuthing and discovered that the work was made by a Frans Van Rosendaal , who disappeared in the late 1960s while piloting a plane in Hawaii. She found his granddaughter and sent along a note. “I figured she would either think I was crazy, or she would be happy,” the buyer said. Spoiler alert: She was quite happy. [CBC]
Thank you for reading. We’ll see you tomorrow.