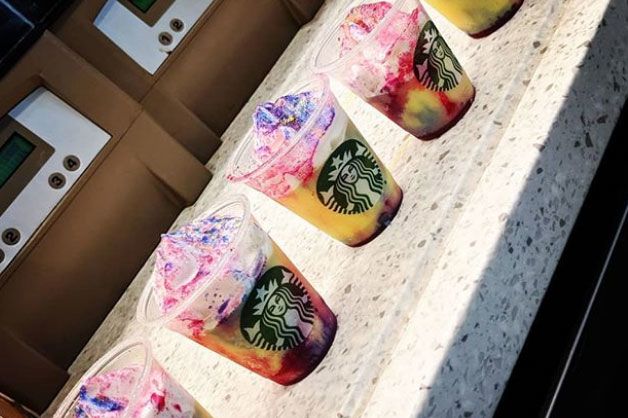 Starbucks is launching its latest successor to the Unicorn Frappuccino on Wednesday: the Tie-Dye Frappuccino.

The limited-time drink will only be in stores for five days — or as long as supplies last.

The Instagram friendly Tie-Dye Frappuccino has already surfaced on the social media website as baristas post photos of their practice versions. One Starbucks employee who has been trained to make it told CNBC that it tastes similar to the banana flavor of Laffy Taffy candy.

In April 2017, the coffee chain introduced its colorful Unicorn Frappuccino, which sold out quickly with the help of social media buzz. Employees complained about the long lines of customers and the preparation time for the drink. The Tie-Dye version took most baristas about two minutes to make, the Starbucks worker said.

After failing to replicate the success of the Unicorn Frappuccino with other versions of the blended drink, Starbucks has turned its focus on its other cold drinks that bring customers back more frequently, like iced coffee and Nitro cold brew.

Starbucks did not immediately return a request for comment.

‘Game of Thrones’ hits record viewership in finale despite backlash