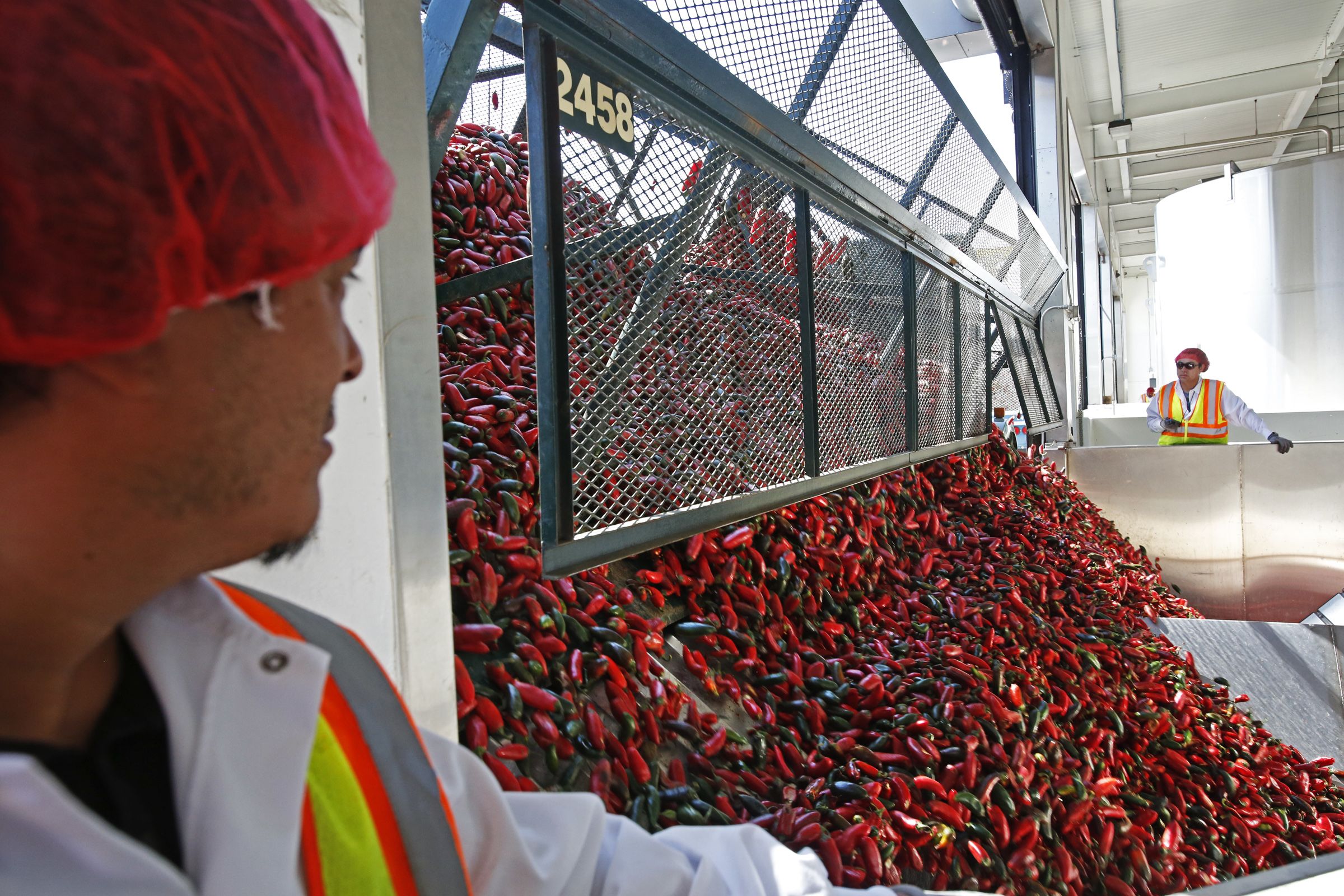 The peppers are unloaded from a truck into the factory as 300 sriracha fans tour Huy Fong Foods in Irwindale, CA.

The maker of Sriracha hot sauce lost its legal battle with its former jalapeno supplier after a California jury awarded the pepper grower $23.3 million Wednesday.

For 28 years, Underwood Ranches provided Huy Fong Foods with the ripe red jalapeno peppers that it needed for its Sriracha. But in 2017, that relationship came to an end after the two could not reach an agreement for the harvest that year.

Irwindale, California-based Huy Fong initially filed a lawsuit against its jalapeno supplier in August 2017, accusing Underwood of not returning an overpayment of $1.4 million from the previous season. Underwood responded with a countersuit claiming that Huy Fong breached its contract.

The jury awarded Underwood $10 million in punitive damages and $14.8 million to compensate for the two years of financial losses related to the abrupt dissolution of their working relationship. About $1.5 million was deducted for Huy Fong’s 2016 overpayment.

“Those losses were real, so we’ve got a lot of ground to make up, but it was so emotionally rewarding to hear all of the jury members support us unanimously,” Craig Underwood, owner of Underwood Ranches, said in an interview.

Underwood said that the company laid off about half of its employees after its relationship with Huy Fong went sour.

Huy Fong did not respond to a request for comment from CNBC.

While the divorce drama unfolded in the courts, it also played out on social media. After Underwood created its own line of hot sauces with its peppers, the pepper grower tweeted, “Without Underwood’s pepper, it’s just another condiment.”

Huy Fong has also used Twitter to speak out about the lawsuit, saying in March that “the truth will come out at the trial.”