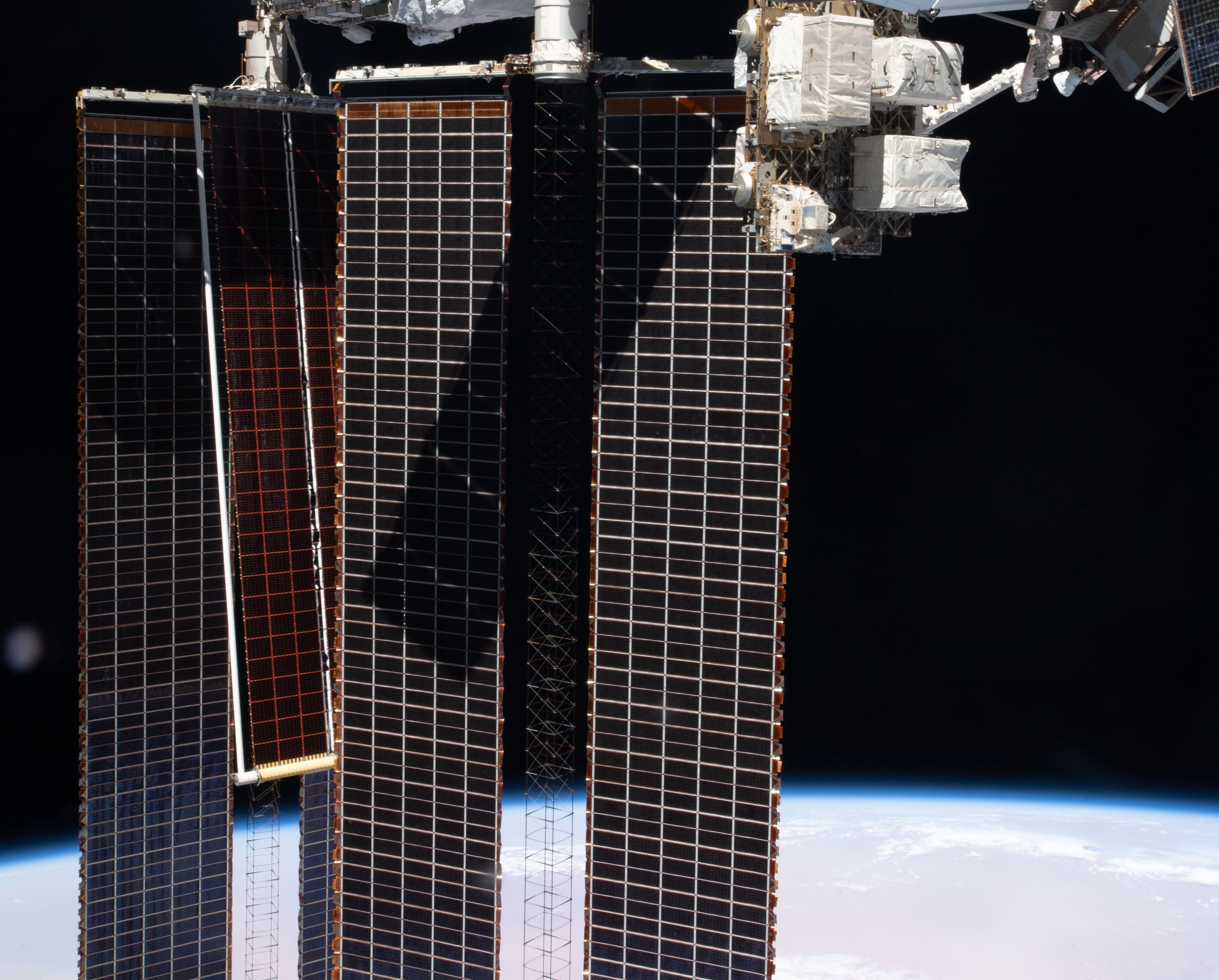 The new ISS Roll-Out Solar Array (iROSA) is deployed covering a portion of the main solar array on the International Space StationNASA’s Johnson Space CenterSpace infrastructure conglomerate Redwire began trading on the New York Stock Exchange on Friday, joining a flurry of space companies closing SPAC mergers and going public.”We’re really making an effort to get the message out above the broader SPAC noise that we are a revenue positive, cash flow positive, very financially conservative and rapidly growing company,” Chairman and CEO Peter Cannito told CNBC.Redwire, formed last year by private equity firm AE Industrial Partners, merged with special purpose acquisition company Genesis Park, and now trades under the ticker RDW.Shares of Redwire surged 16.6% to close its first day of trading at $12.24.Redwire is the sixth space company to close a SPAC deal and go public this year — following AST & Science, Astra, Spire Global, Momentus and Rocket Lab. Several more space companies are expected to go public by year-end, with deals in progress by BlackSky, Satellogic and Planet.Cannito emphasized that merging with a SPAC “was just a convenient mechanism for going public” for Redwire, coming with the benefit of adding as much as $170 million in cash from the deal. The merger valued Redwire at $675 million in equity.Redwire, which spent much of the past 12 months acquiring and integrating seven space companies into one, plans to use that cash to continue “creative M&A” as well as make “some internal investments” along the way, Cannito said.”We have a really exciting pipeline of opportunities that we’re looking at right now,” Cannito said.He also emphasized that Redwire is “uniquely positioned from an investment perspective,” since it’s a pure-play space stock generating more than $100 million in revenue a year and is cash flow positive. Cannito referenced the ARKX Space ETF, created by Cathie Wood’s Ark Invest, as debuting without many “options that could go into it.””We give investors out there an opportunity … to invest in the future of space with the company that has a conservative financial position and, therefore, staying power to be in it for the long run,” Cannito said.Partnerships and deals across the industryRedwire chief operating officer Andrew Rush shows former NASA administrator Jim Bridenstine a spacecraft model of subsidiary Made In Space.Redwire SpaceRedwire’s vision is of supplying the “people living and working in space” with the tools and manufacturing needed to grow the economy in orbit and beyond, Cannito said.Redwire has five strategic focus areas: space commercialization, digitally engineered spacecraft, on-orbit services and manufacturing, advanced sensors and components, and space domain awareness.The company passed a number of milestones since announcing its intent to merge and go public.The company’s iROSA solar arrays were delivered by SpaceX to the International Space Station. Also, Redwire sent a new 3D-printer to space to demonstrate manufacturing with lunar surface material, won a Virgin Orbit contract to deliver digital engineering solutions, signed an agreement with Sierra Space for in-space services, and announced Firefly Aerospace as a lunar lander mission partner.Overall, Redwire is providing hardware and services for space infrastructure, which it estimates is currently a $15 billion market.Become a smarter investor with CNBC Pro.Get stock picks, analyst calls, exclusive interviews and access to CNBC TV. Sign up to start a free trial today.

CERN director calls for a new normal after the coronavirus pandemic
Ford Chair Bill Ford’s vision of a greener auto industry, led by EVs, is finally on the horizon
To Top
error: Content is protected !!