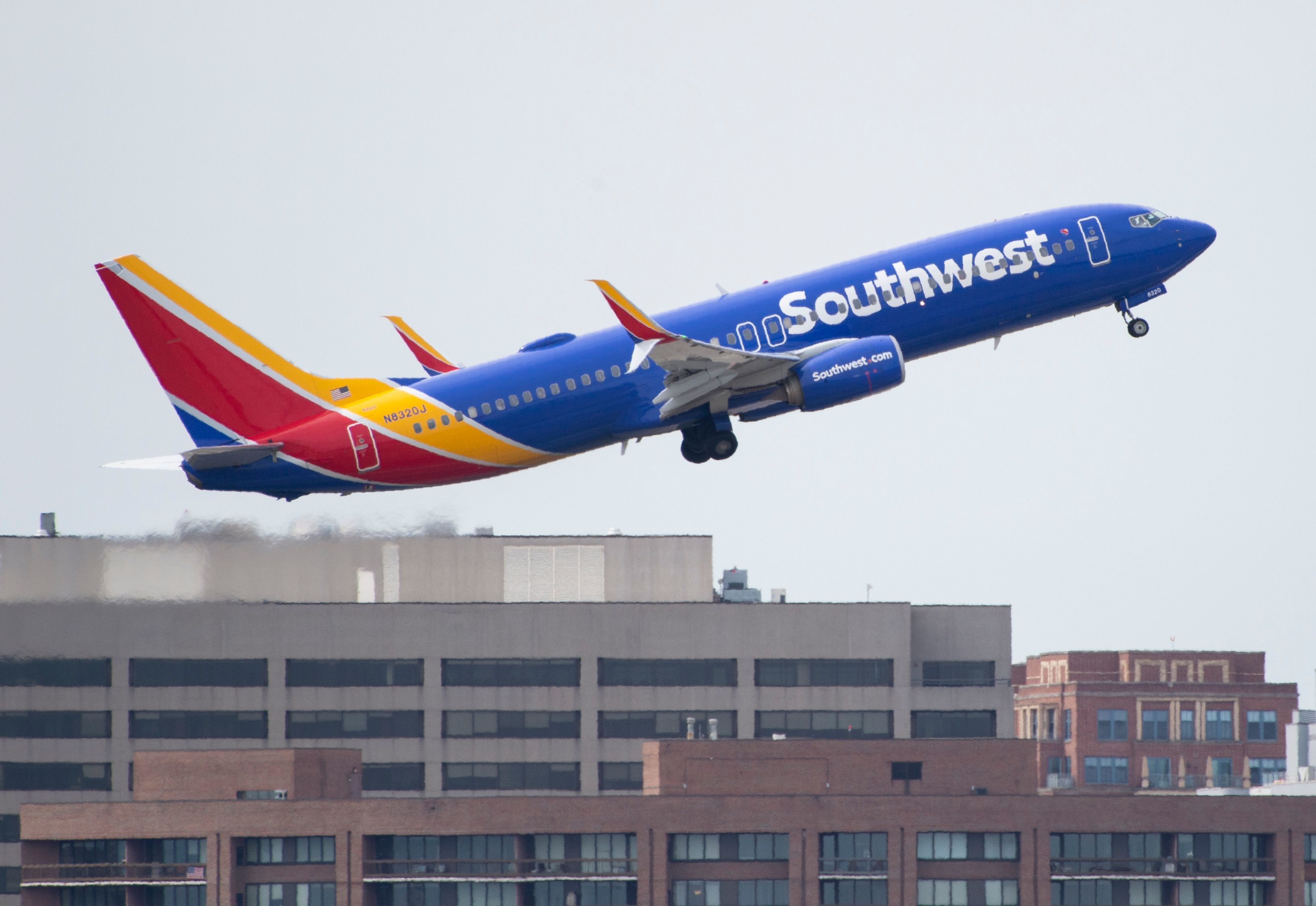 A Boeing 737 800 flown by Southwest Airlines takes off from Ronald Reagan Washington National Airport in Arlington, Virginia on March 11, 2019.

Southwest Airlines announced Thursday that it is, once again, pushing back the reintroduction of the Boeing 737 Max to its flight schedule as the industry awaits regulatory clearance to get the troubled jets flying again.

The airline said the Max would be removed from its schedule through Oct. 1, a month later previously planned and canceling about 150 daily flights. The Federal Aviation Administration said Wednesday it discovered a new issue with the Max that Boeing would need to resolve before the agency lifts the grounding order.

The airline said the customers impacted by the changes are being notified of other flight options.

Regulators around the world grounded the plane in March after two fatal crashes that killed 346 people combined.

People close to the situation told NBC News that FAA pilots found an issue during a simulation last week of the Maneuvering Characteristics Augmentation System (MCAS), which made the pilots unable to regain control of the plane in an appropriate amount of time.

Boeing warned investors in a securities filing on Wednesday that it is agrees with the FAA’s request and that “the software changes to the 737 Max that the company has been developing for the past eight months, a specific condition of flight, which the planned software changes do not presently address.”

United Airlines announced last night that it would remove flights with the 737 Max through Sept. 3. American Airlines said earlier this month it was delaying reintroduction through the same date. American has not updated its timeline following the most recent news from the FAA, but CNBC reported on Sunday that the airline was prepared to extend the delay into October.

“We are focused on supporting our customers, including Southwest Airlines, as we work to ensure the safe return of the 737 MAX to commercial service, ” a Boeing spokesperson told CNBC.

Shares of the aerospace giant were down by about 2% in intraday trading Thursday.

—NBC News and CNBC’s Leslie Josephs contributed to this report

Here are the spots with the best weather for retirement