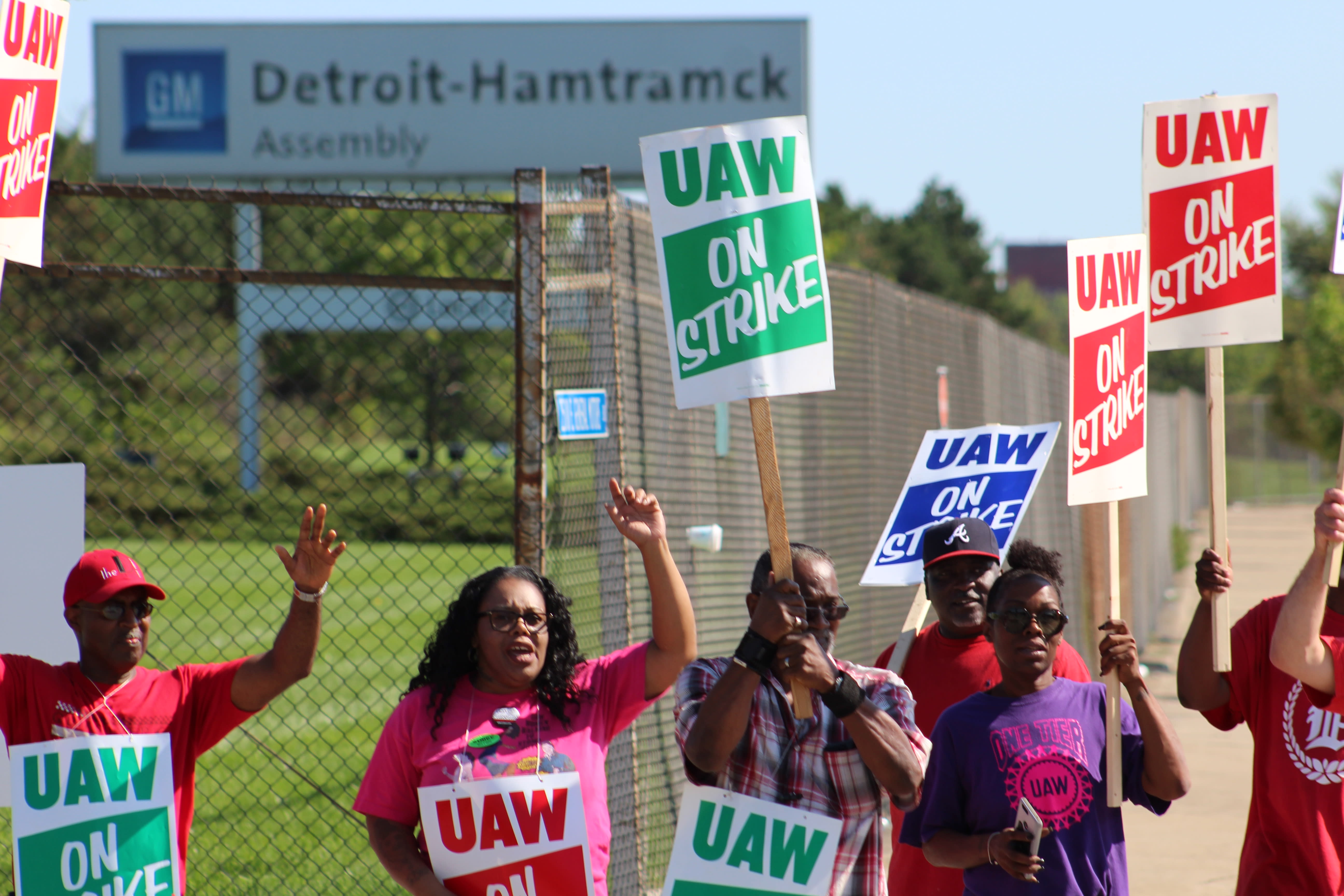 United Auto Workers members on strike picket outside General Motors’ Detroit-Hamtramck Assembly plant on Sept. 18, 2019 in Detroit.Michael Wayland / CNBCDETROIT — The United Auto Workers union and General Motors are making progress on their labor contract talks, however, “many” outstanding issues remain, according to a union leader overseeing the talks.UAW Vice President Terry Dittes said, “[S]ome progress has been made, but there are still many of our memberships’ issues that remain unresolved,” according to a letter sent to members Thursday.The UAW’s strike against GM is now in its fifth day. Roughly 48,000 union workers with the automaker are walking picket lines outside 55 of GM’s domestic plants.Negotiators plan to work “this weekend and beyond, if a tentative agreement is not reached,” he said.”This strike is for all the right reasons: to raise the standard of living of our members and their families and for workers across this country, to achieve true job security, our fair share of the profits, affordable health care and a path to permanent seniority for temporary workers,” he said in the letter.Dittes also thanked members “for their loyalty and passionate support” as negotiators “take on their most crucial issues in this set of negotiations.”Leaders with the UAW called the strike after negotiators failed to reach a tentative deal by a Saturday night deadline. It is the UAW’s first national strike against GM since a two-day work stoppage in 2007.The strike is estimated to be costing GM upward of $100 million a day in lost production, according to Wall Street analysts.GM confirmed the two sides are “continuing to meet” but declined to comment directly on details of the letter.

Millions of protesters worldwide come together to demand action on climate change
Steve Mnuchin disses 181 CEOs in new battle over future of profits
To Top
error: Content is protected !!