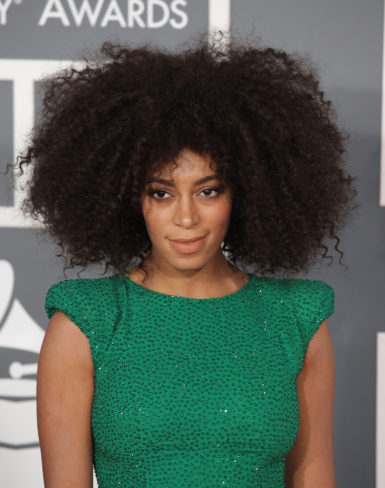 Solange, who released her fourth album When I Get Home in March alongside a contemporary art-filled 33-minute video of the same name, is teaming up with museums around the world to debut an extended version of the film. Free screenings will come to Brooklyn Museum, LACMA, MCA Chicago, Nasher Sculpture Centre in Dallas, MFA Houston, New Orleans Museum of Art, Perez Art Museum Miami, the Chinati Foundation, and the V&A in London beginning July 17 and wrapping up on October 13.

The film, which Solange directed alongside contributing directors Alan Ferguson, Terence Nance, and Ray Tintori, features computer-animated dance scenes from Jacolby Satterwhite, animation from Robert Pruitt, and footage of Houston’s Rothko Chapel and the Forth Worth Water Gardens.

Previously, Solange has collaborated with Carlota Guerrero, and her work has included nods to minimal artists Frank Stella and Sol LeWitt.

The final public showing of the film will take place at Marfa, Texas’ Chinati Foundation, a venue quite familiar to Solange, as she performed her song “Scales” among its collection of outdoor pieces by Donald Judd for a crowd back in 2016.

During a 2017 talk at the Museum of Contemporary Art Chicago, Solange spoke about her ongoing interest in working with artists and art institutions, stating that she is “interested in furthering my work in the art context when the context is right and when it feels right. Furthering it for the sake of saying, ‘I got credits at these museums’—nah.”