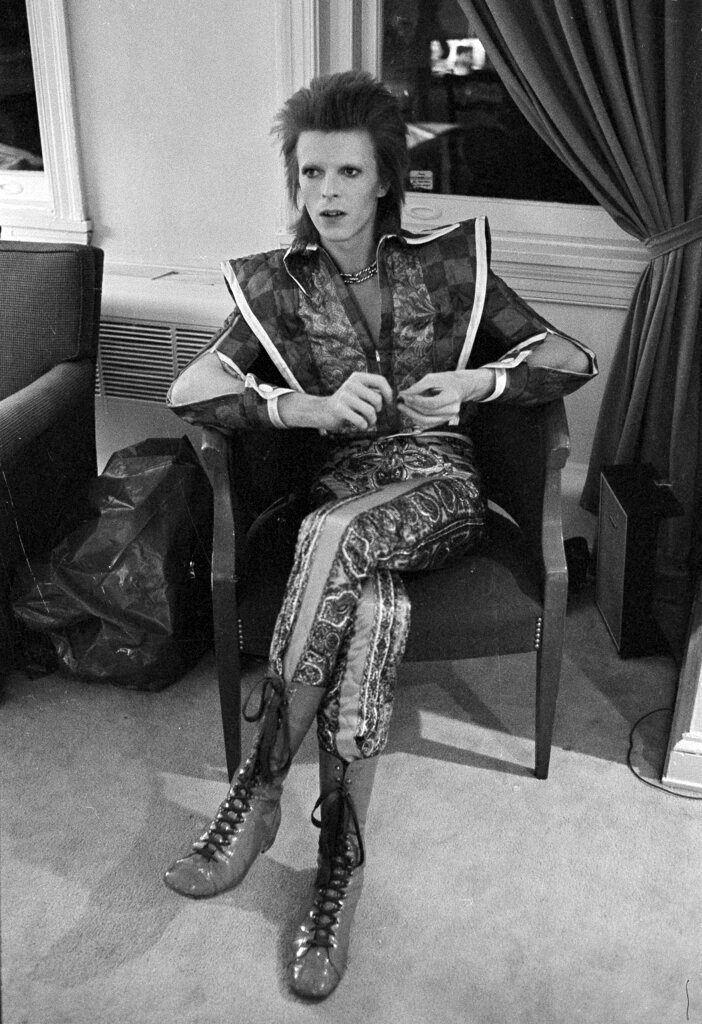 To receive Morning Links in your inbox every weekday, sign up for our Breakfast with ARTnews newsletter.
The Headlines
THE ART INDUSTRY TENDS TO GO ON HIATUS in the summer, but this summer, job news is coming at a furious pace. Ann Demeester has been tapped to lead the Kunsthaus Zurich, though she will remain director of the Frans Hals Museum in Haarlem, the Netherlands, until February, taking up her Swiss post at 2023’s start, according to SwissInfo. At the Akron Art Museum in Ohio, Jon Fiume received a two-year extension as interim director. Fiume took over last year, after Mark Masuoka resigned following allegations of racism and bullying. Last but not least, artist Stan Douglas is the new chair of the graduate art program at the ArtCenter College of Design in Pasadena, California, per PasadenaNow . He has taught there since 2009.

IF YOU MISSED OUT ON BUYING that great David Bowie painting that someone snapped up for a few Canadian dollars at a Goodwill and then flipped at auction, take heart: a bounty of Bowie album art is being offered in an online auction that starts today, the Art Newspaper reports. The materials—including studies and proofs for albums like 1980’s Scary Monsters—come from the man who made them, the artist Edward Bell. They are being sold through Halls Fine Art, of Shrewsbury, England. The recent thrift-store find sold for nearly $88,000 at auction. Estimates on most of these lots are quite a bit below that.
The Digest
The veteran Filipino artist and educator Neil Doloricon has died. A former dean of the University of the Philippines College of Fine Arts, Doloricon made paintings that address societal inequity and political struggle, and was a widely published editorial cartoonist. [Rappler]
Bloomberg Philanthropies has distributed $30 million to 46 cultural groups, aiming to support technological initiatives through its new Digital Accelerator Program. The recipients include the Queens Museum in New York, the Isabella Stewart Gardner Museum in Boston, and the Oakland Museum of California. [The New York Times and FAD Magazine]
Archaeologists studying a cave dwelling in Derbyshire, England, believe that it was the 9th-century home of an exiled Anglo-Saxon king, Eardwulf, and not a 18th-century folly, as previously thought. (Talk about an upgrade!) It is “probably the oldest intact domestic interior in the U.K.,” the lead investigator said. [The Guardian]

The San Francisco Museum of Modern Art will shutter its film program and its Open Space and Raw Material editorial offerings, as well as its Artists Gallery, which loans and rents work by area artists. Seven will be laid off. In a statement, the museum mentioned “growing expenses and constrained budget” as issues that have been worsened by the pandemic. [Datebook/San Francisco Chronicle]
UNESCO is kicking off two weeks of online meetings today to determine additions to its World Heritage List—a potentially potent draw for tourists. Among place under consideration are the Dholavira archaeological site in India and the Jomon prehistoric sites in Japan. [AFP/South China Morning Post]
The French artist Olivier Grossetete has created a temporary cardboard bridge across the Tiber River in Rome, inspired by a bridge that Michelangelo was commissioned to make by Pope Paul III but never completed. [Reuters/Hindustan Times]
Would you like to cleanse yourself like a member of the art-dealing Zwirner family? Lucas Zwirner (son of David, grandson of Rudolf) championed Rausch shampoo in a column, writing that a “hazelnut-sized drop will create more lather than you know what to do with.” [The Strategist/New York]
The Kicker
WELL, THIS SOUNDS DELICIOUS. Artist Nari Ward, who was born in Jamaica and is based in New York, has been kind enough to share his recipe for ackee and saltfish patties with Wallpaper. It calls for a pound of dried salt cod, a solid amount of garlic, and (this is optional) half a scotch bonnet or habanero chili. “This humble meal immediately brings me back to my early memory of going to our neighborhood bakery on the island,” he said. [Wallpaper]
Thank you for reading. We’ll see you on Monday.