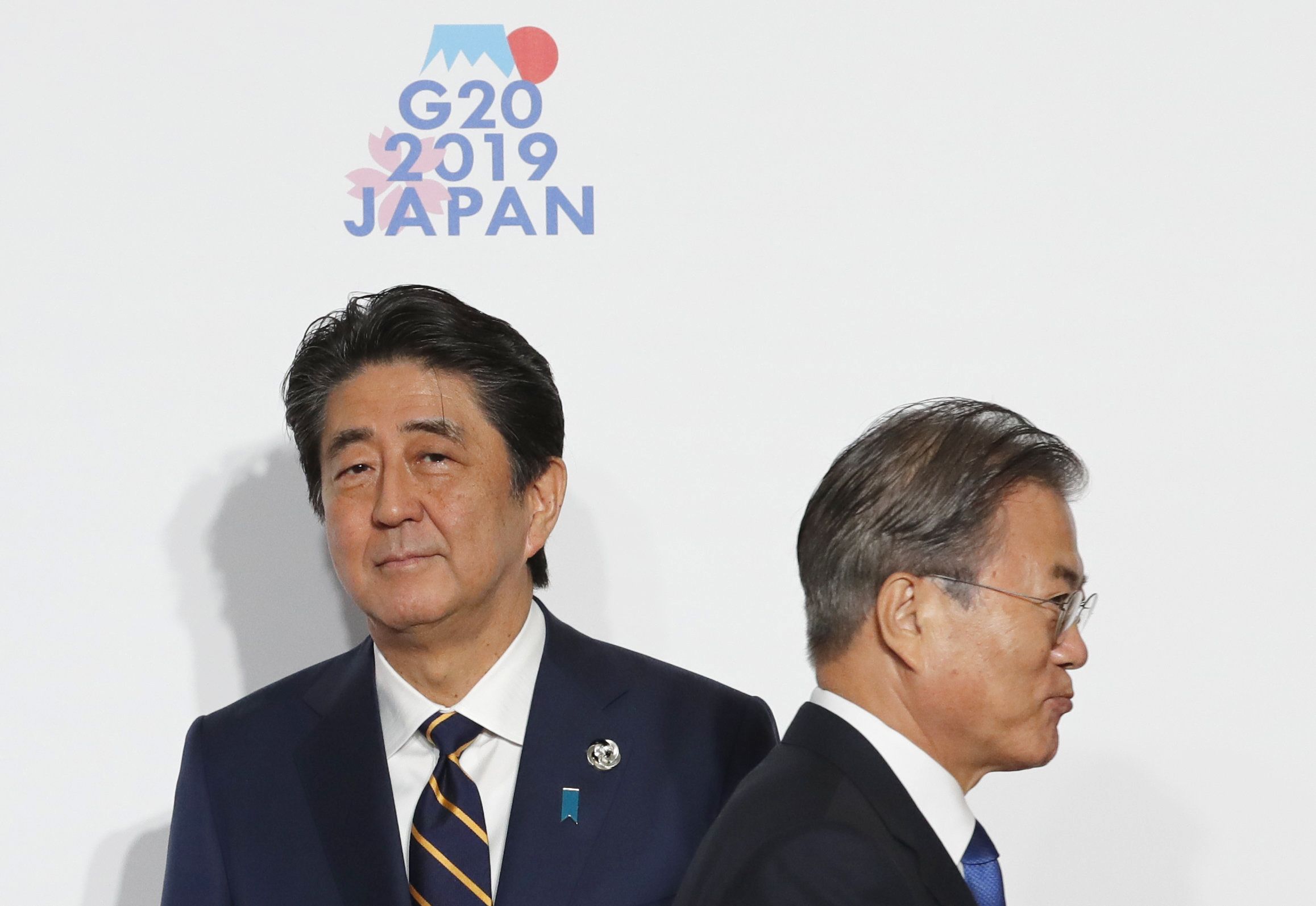 South Korea’s foreign minister warned on Thursday that if Japan removes South Korea from its list of countries with minimum trade restrictions, Seoul would have to review bilateral security cooperation

Relations between Japan and South Korea are arguably at their lowest ebb since they normalised ties in 1965, with a spiralling diplomatic and trade row threatening to disrupt the global supply of semiconductors and undercut crucial security cooperation on North Korea.

South Korea’s Foreign Minister Kang Kyung-wha held talks with her Japanese counterpart Taro Kono on the sidelines of a Southeast Asia conference in Bangkok on Thursday.

The meeting was the highest-level talks since Japan tightened curbs last month on exports to South Korea of high-tech materials, accusing its neighbour of inadequate management of sensitive items.

A South Korean court ruled last year that Japanese firms had to pay compensation to South Koreans forced to work in Japanese factories during Japan’s occupation of the Korean peninsula from 1910 to 1945. Japan says a settlement has already been reached.

The Bangkok talks failed to narrow differences, with an official at South Korea’s foreign ministry saying there was “no
major change ” in Japan’s stance.

Tokyo is expected to give cabinet approval for the removal of South Korea from its so-called “white list” as early as Friday.

Kang said she urged Kono to stop the process or it would force Seoul to craft countermeasures.

“As Japan cited security reasons for its trade restrictions, I said we will have no option but to review the various frameworks of security cooperation with Japan if the cabinet decision comes tomorrow,” Kang told reporters. There was no immediate comment from Japan’s foreign ministry.