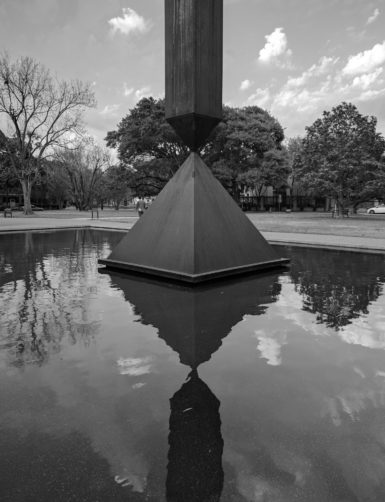 The Rothko Chapel in Houston, Texas, has received a $2 million grant from the Houston Endowment, which will go toward the fundraising for the chapel’s master plan for renovation. Thus far, the space, which displays fourteen paintings by Mark Rothko, has raised $12.5 million in funding for the first phase of its plan. To support the renovation plan, titled “Opening Spaces,” the chapel has launched a $30 million capital campaign.

Long Chu, the program officer of the Houston Endowment, said of the organization’s decision to give the chapel a grant, “Houston Endowment envisions Houston as a vibrant community where all people have the opportunity to thrive, and a vibrant community needs a strong arts ecosystem. Fulfillment of the master plan will elevate Rothko Chapel’s role as one of Houston’s significant cultural institutions and expand its ability to contribute to Houston’s vibrancy.”

The non-denominational chapel was originally built in 1971, and was founded by collectors Dominique and John de Menil. Its renovation will allow the chapel to reconfigure its skylights, lighting design, and entryway, and enhance its visitor experience. Other donations to the campaign have come from the Brown Foundation, Inc., the Andrew W. Mellon Foundation, and the Cullen Foundation, among others.

Davis Leslie, the Rothko Chapel’s executive director, said, “We are so grateful for the support of Houston Endowment, which will help us tremendously in our efforts to restore the sense of spirituality and contemplation to the Chapel itself, and to build a better space for community leaders and members of the public to come together and wrestle with the questions of social justice and human rights.”