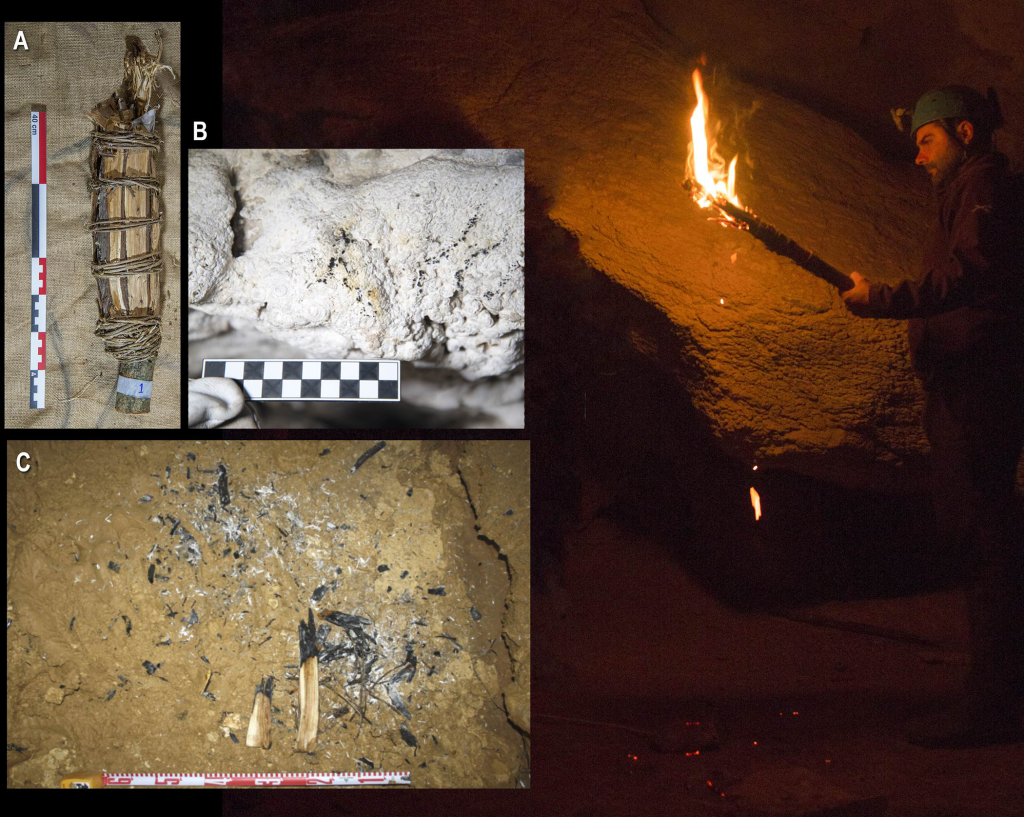 The cave art of our distant ancestors has always been the object of fascination, but the details of how this work was made are often vague. A study on ancient lighting techniques, first repoted by CNN, is bringing us a step closer to understanding how ancient artists worked.
Spanish archaeologists Ángeles Medina-Alcaide, Diego Garate, Iñaki Intxaurbe, José L. Sanchidrián, Olivia Rivero, Catherine Ferrier, Dolores Mesa, Jaime Pereña, and Iñaki Líbano performed experiments to figure out how Paleolithic artists lit the dark caves that were their studios and canvases.

To get a better understanding of the three main light sources used to work in the caves, based upon the evidence found in Paleolithic sites in Southwest Europe, scientists recreated torches, fireplaces, and portable grease lamps. The experiments led to a better understand ing of the peculiarities of each source, including which type of residue each different technique produced. This information should help scientists to better identify in  the archaeological record which light source was used.

For the torches, the scientists collected dry juniper wood, green ivy to fashion torches and lamp wicks. Highly flammable birch bark was used to start fires. For a facsimile of ancient oil, the scientists collected animal fats from the bone marrow of a cow and a deer. These were processed and used along with pine resin. In total five torches, the research team created two stone grease lamps and one small fireplace. Each was then brought inside of a cave to gauge how the different lighting systems would be behave in the humid environment of a cave.
The scientists found that the fireplace was hampered by the cave’s limited air flow. The torches were useful for exploring but not for sustained work. The torch flame was often unpredictable and could create more smoke than light. The grease lamps turned out to be the steadiest source of light but were limited in what they illuminated.
One mystery that the research did not touch upon was the question of why these artists were working so far inside of the caves.
“They could have made drawings just at the entrance of the cave without any problem,” Diego Garate, one of the scientists, told CNN. “They wanted to do it in these narrow places and go very deep inside the caves.”