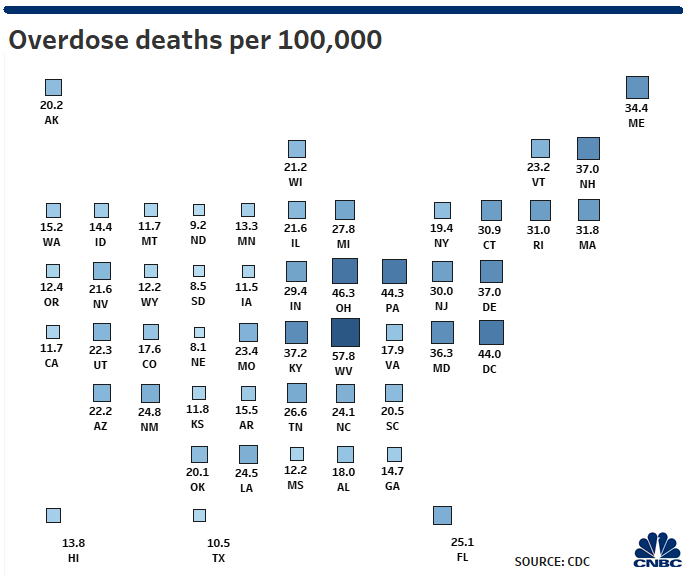 Oklahoma state prosecutors blasted Johnson & Johnson and other opioid manufacturers in the first day of a landmark opioid trial Tuesday, saying they ran a “deceitful, multibillion-dollar brainwashing campaign” that led to more than 46,000 deaths in the state over a decade.

In opening arguments in the Cleveland County Courthouse in Norman, Oklahoma, state Attorney General Mike Hunter said J&J and others rushed to produce a “magic pill” in their pursuit of profits, while ignoring decades of scientific research that showed the dangers of opioids.

They “embarked on a cynical, deceitful, multibillion-dollar brainwashing campaign to establish opioid analgesics as the magic drug,” Hunter said in his opening remarks. “Money may not be the root of all evil but … money can make people and businesses do bad things. Very bad things.”

Lawyers for the state and J&J appeared in a court Tuesday in the first state trial tackling the opioid epidemic. Hunter said J&J, OxyContin-maker Purdue Pharma and Teva Pharmaceutical all downplayed the addiction risk of opioids while overstating the benefits.

Hunter says J&J was “the kingpin behind this public health emergency” by growing and importing the raw materials other drugmakers used for their products.

The opioid epidemic in the U.S. has become a major political talking point, with the Trump administration vowing to crack down on illicit use. Last month, a former CEO of Rochester Drug Cooperative, one of the nation’s largest drug distributors, was indicted on what prosecutors say are the first criminal charges against an executive of a drug company to stem from the opioid epidemic. In addition, the federal government reached a $20 million settlement with the company over its alleged role in the crisis.

The Oklahoma trial is seen as a sort of litmus test for plaintiffs of some 1,600 cases against Purdue Pharma and other opioid manufacturers being consolidated and transferred before a judge in the Northern District of Ohio. The state claims the companies’ actions created an oversupply of painkillers and a public nuisance that will cost $12.7 billion to $17.5 billion to remedy.

J&J is the only defendant left in the case. Purdue Pharma, which has faced the brunt of the blame for the nationwide opioid epidemic, reached a $270 million settlement with the Oklahoma attorney general’s office in March. Oklahoma also resolved its claims against Teva on Sunday for $85 million.

J&J, which marketed the painkillers Duragesic and Nucynta, has previously denied any wrongdoing. It says its marketing efforts were proper and that the state cannot prove it caused the opioid epidemic. 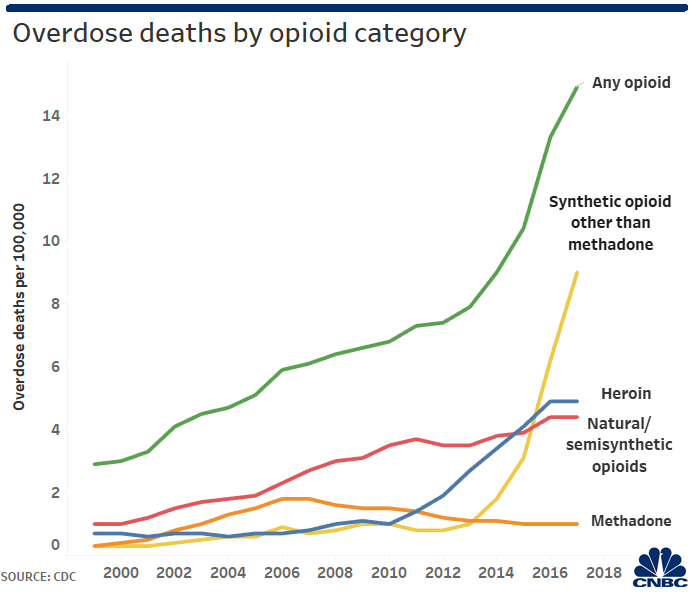 “Our actions in the marketing and promotion of these important prescription pain medications were appropriate and responsible,” J&J said in a statement. “The FDA-approved labels for these prescription pain medications provide clear information about their risks and benefits. The allegations made against our company are baseless and unsubstantiated.”

—Reuters and CNBC’s John Schoen contributed to this report.

Brazil sues Big Tobacco over health costs from smoking
Roku’s 200% surge this year has made stock too expensive: Stephens
To Top
error: Content is protected !!