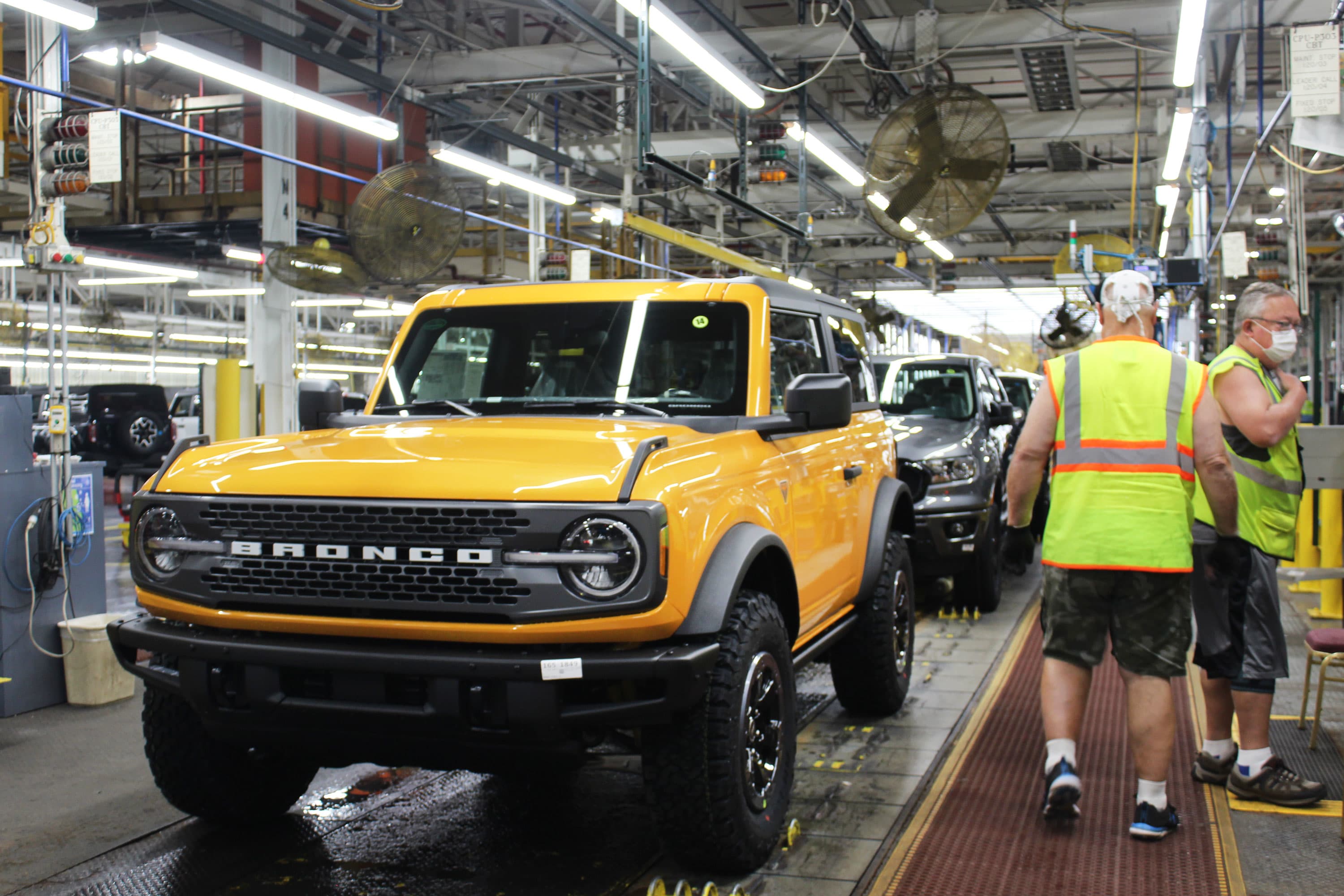 Bronco SUVs in production at Ford’s Michigan Assembly plant, June 14, 2021.Michael Wayland | CNBCDETROIT – Ford Motor is delaying customer deliveries of its electric Mustang Mach-E crossovers and some Bronco SUVs – two of its most high-profile new vehicles – due to manufacturing issues.The automaker confirmed Thursday it has identified a problem with the molded-in color hardtop roofs on thousands of Ford Bronco SUVs built to date, which will negatively impact production and delay deliveries to customers by months.The vehicles have a quality issue that can create an “unsatisfactory appearance when exposed to extreme water and humidity,” according to messages to dealers and customers that were confirmed by a company spokesman. It does not impact the function of the vehicle, according to the company.Current owners are expected to be sent a replacement roof free of charge beginning in October. Customers who are still waiting on their orders will be notified of their new expected delivery date in the coming months. Some orders will be delayed from the 2021 model year to the 2022 model year, according to the company.”As a result of continued roof challenges, we will be producing fewer 2021 model year Bronco vehicles than initially planned,”  Ford said in one of the messages that were posted on an online Bronco forum.The roof problem comes days after Ford confirmed it was preparing to notify future Mustang Mach-E customers that delivery of their vehicles may be delayed at least six weeks due to a global shortage of semiconductor chips.”The global semiconductor shortage continues to affect global automakers and other industries in all parts of the world,” Ford said in a statement. “We are working closely with all of our key suppliers to address production constraints tied to this global semiconductor shortage so we can continue to build Mach-E vehicles, and get them to our customers as quickly as we can.”Ford and other automakers have significantly cut production this year due to the chip shortage, which consulting firm AlixPartners estimates will cost the auto industry $110 billion in revenue.Ford spokesman Said Deep said the cost to replace the roofs and other actions “are not material.” In July, Ford raised its expectation for full-year adjusted earnings before taxes by about $3.5 billion, to between $9 billion and $10 billion.