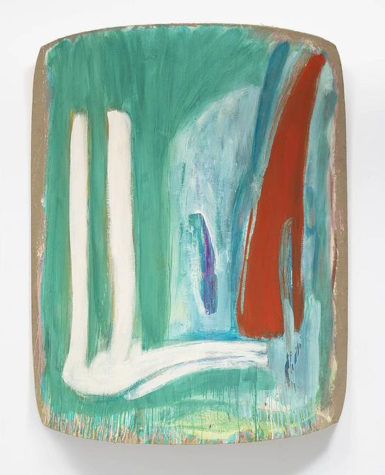 COURTESY THE ARTIST AND CHEIM & READ

Almost exactly a year after it said that it planned to shutter its longtime Chelsea home and become a private practice on the Upper East Side of Manhattan, Cheim & Read has revealed the location and details of its newly conceived operation, which will host exhibitions of work by many of the artists the outfit has worked with over the years.

The veteran dealers, who closed in Chelsea at the end of last year with a blowout exhibition apiece for Joan Mitchell and Louise Bourgeois, will now operate out of a gallery at 23 East 67th Street, a stone’s throw from heavyweights like Hauser & Wirth, David Zwirner, and Blum & Poe. First up in the new location, opening in the fall, will be a show of never-before-seen Ron Gorchov paintings dating from 1979 to 1983.

That tightly focused curatorial conceit will be indicative of the exhibitions that the gallery plans to show at its new location, which will emphasize historical deep-dives into particular bodies of work. “We wanted to have time to focus, to be more intimate with art, and at a pace that allows for closer observation,” John Cheim, one of the gallery’s co-founders, said in an email, when asked about the shift.

Cheim & Read will continue to participate in some art fairs, showing work by artists like Gorchov, Bill Jensen, Lynda Benglis (who now shows with Pace), Sean Scully (now with Lisson), and Joan Mitchell (whose foundation works with David Zwirner these days). The plan is to focus on the secondary market, but new work will also be in the mix, in the case of living artists.

Let’s close by recalling the phenomenal 1959 Mitchell painting that Cheim & Read brought to Basel this year. Incredible picture, and also never-before-seen in public. (The artist had sold it out of her studio.) I’m feeling pretty energized just thinking about it right now!