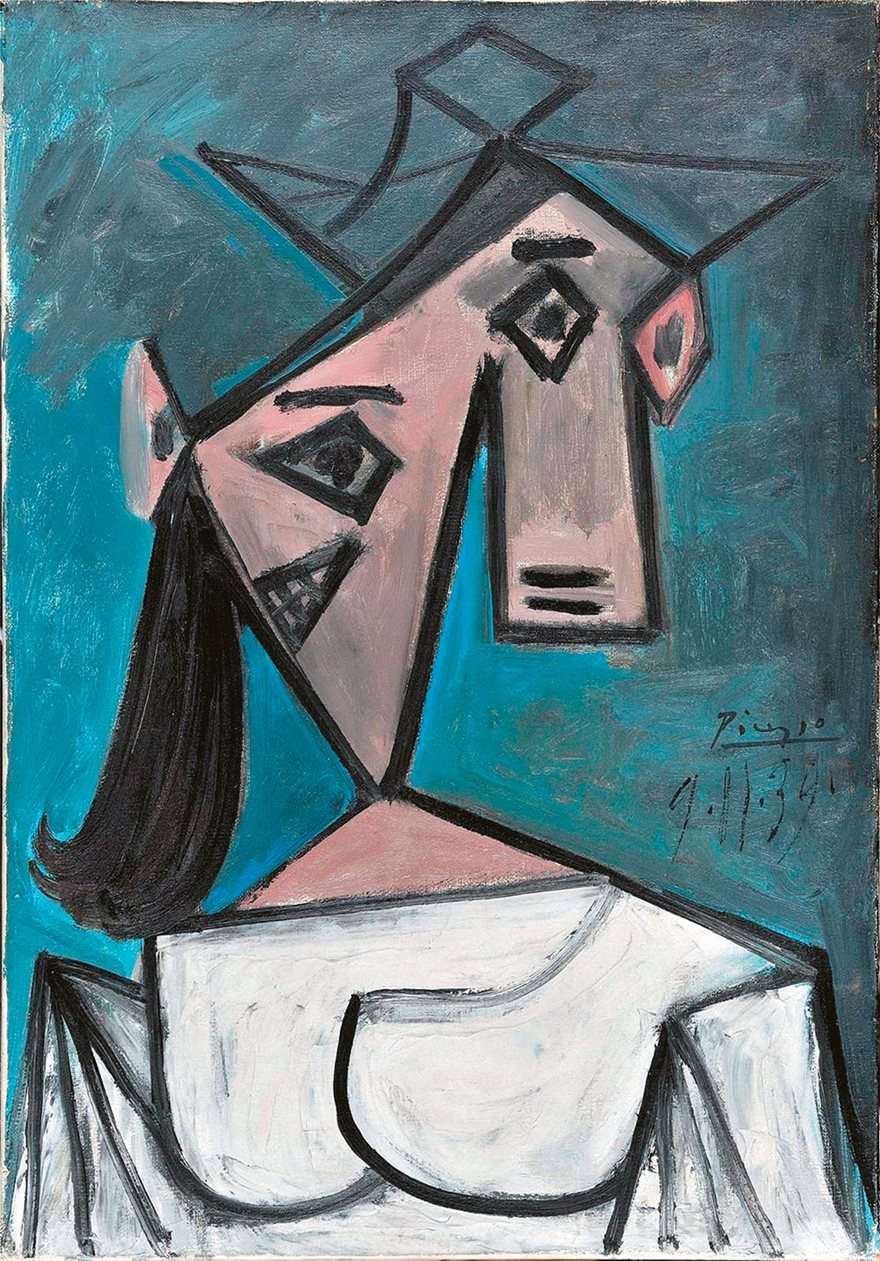 Almost nine years ago, two thieves carried out a near-perfect heist at the National Gallery in Athens, taking two works by modern masters Pablo Picasso and Piet Mondrian, as well as a a sketch by Italian Mannerist artist Guglielmo Caccia. In the wake of the brazen incident, museum staff were forced to reevaluate security measures at the institution, which owns pieces by El Greco, Rembrandt, and Giovanni Battista, while authorities began the long effort to reclaim the missing works. The case remains unsolved, but a new investigation suggests at least one work—Picasso’s Head of a Woman—may still be in the country.

Painted in 1939, the Cubist work depicts a woman’s bust against a blue background. The painting was gifted to the National Gallery by Picasso in 1946 in recognition of Athens’s resistance to Nazi occupation; he inscribed on the back: “For the Greek people, a tribute from Picasso.” According to a report in the Greek newspaper Proto Thema, investigators believe the work later went up for sale in the country’s illicit art market for close to $20 million, but couldn’t find a buyer. Having been involved in a high-profile heist, it would be impossible to turn a profit on Head of a Woman through legitimate channels without alerting the authorities.

Greek police are hoping to find the entire stolen trove and return it to the National Gallery in commemoration of the completion of the institution’s major renovation. The new gallery is scheduled to open on March 25, the 200th anniversary of the successful Greek War for Independence.
Stelios Garipis told Proto Thema that the painting is “a work of incalculable symbolic value for Greece, especially at this time when we are called to resist the pandemic and at the same time to celebrate the reopening of the National Gallery.”
The art heist is among the biggest, and most baffling, in the country’s recent history. The two burglars entered the museum before dawn through an unlocked balcony door, having drawn security away from the paintings by setting off alarms at several locations throughout the museum. Security footage shows the pair swiftly stripping the paintings from their frames. A sensor was tripped in the exhibition area, but the guard arrived in time only to catch a sight of the silhouette of a man fleeing from the building. He gave chase, and a fourth painting—a landscape by Mondrian—slipped from the perpetrators grasp. Two Albanians were arrested and convicted for the heist, but the identity of the mastermind behind the heist remains a mystery.