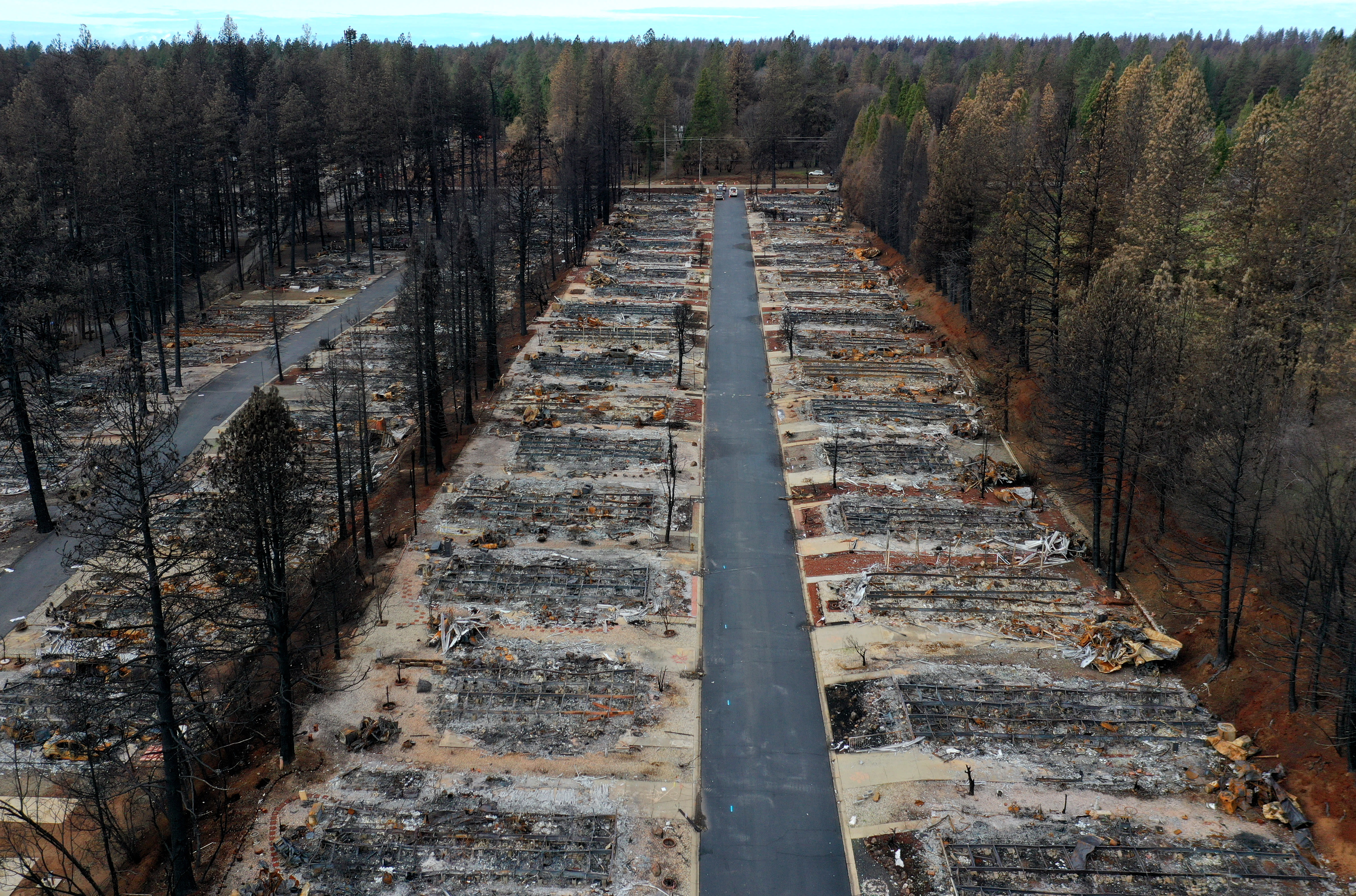 An aerial view of homes destroyed by the Camp Fire on February 11, 2019 in Paradise, California.Justin Sullivan | Getty Images News | Getty ImagesPG&E said it has reached an $11 billion settlement agreement with entities representing about 85% of insurance subrogation claims relating to 2017 and 2018 wildfires.The California power provider said these claims were based on payments made by insurance companies to individuals and businesses with insurance coverage for wildfire damage.In January, PG&E filed for bankruptcy protection and faced up to $30 billion in fire liabilities shortly after its power lines sparked what became California’s deadliest wildfire yet last fall. The Camp Fire, which burned in Paradise, California, last November, killed at least 86 people.Equipment owned and maintained by the company also started at least 17 of the 21 major wildfires that burned in California in 2017, according to the California Department of Forestry and Fire Protection. The company expects billions of dollars in losses, primarily from lawsuits filed by fire victims, businesses and insurance companies. Shares of PG&E were up 7% in late-morning trading after surging 10% earlier in the day.”Today’s settlement is another step in doing what’s right for the communities, businesses and individuals affected by the devastating wildfires,” said Bill Johnson, president and CEO of PG&E.The $11 billion settlement is the utility’s second major resolution of wildfire claims. PG&E and 18 other entities said they reached a $1 billion settlement in June.The company on Monday also unveiled the outlines of a reorganization plan that will pay $17.9 billion for claims stemming from the wildfires. That preliminary plan was immediately criticized by victims, who said that less than half of that is intended for them.The plan has payments capped at $8.4 billion for victims, payments capped at $8.5 billion for reimbursing insurers and a $1 billion settlement with local governments.PG&E is under pressure to emerge from its Chapter 11 bankruptcy by next year so it can be part of a state wildfire fund that would help California’s utilities pay future claims, as wildfires become more frequent and destructive across the U.S.

Retirement destinations with the best weather
5 things to know before the stock market opens September 13, 2019
To Top
error: Content is protected !!