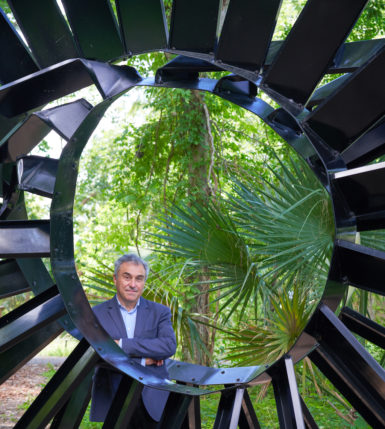 Grachos began his tenure at the Contemporary Austin in 2013. While there he has managed the development of the Suzanne Deal Booth / FLAG Art Foundation Prize and the renovation of the Jones Center, among other initiatives. He also oversaw exhibitions such as “Huma Bhabha: Other Forms of Life” (2018-19), “Jessica Stockholder: Relational Aesthetics” (2018-19), and the dual-site presentation of “Ai Weiwei: Forever Bicycles” (2014).

“It will be a privilege to work with such distinguished museum buildings and collections, develop strong exhibition programs, and deepen the museum’s commitment to arts education and outreach,” Grachos said in a statement. “I am inspired by the ever-growing community surrounding the museum, and I believe that the three uniquely distinct sites that comprise it present an extraordinary opportunity to further develop and nurture Palm Springs as a rich cultural destination.”