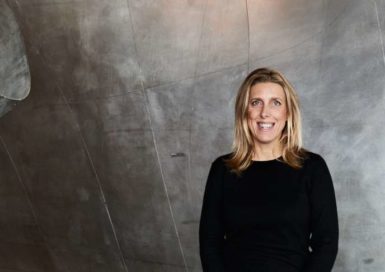 In a first for the institution, the Palais de Tokyo in Paris, one of France’s premier contemporary art museums, now has a female leader.

The Art Newspaper’s French edition reports that the museum has selected Emma Lavigne, the current director of the Centre Pompidou-Metz, as its new president. Lavigne is the fourth person to hold the position since the museum relaunched itself as a kunsthalle-style institution in 2002, after Jean de Loisy (who led the museum from 2012 until January of this year), Marc Olivier-Wahler, and the duo of Nicolas Bourriaud and Jérôme Sans, its founding directors.

Lavigne’s pick is unusual in the French cultural sphere, as most other elite contemporary art institutions, like the Centre Pompidou, Musée d’Art Contemporain Lyon, and Montpellier Contemporary, have historically been directed by men.

De Loisy announced in December that he would depart the Palais de Tokyo to lead the École Nationale Supérieure des Beaux-Arts, the esteemed national art academy in Paris. His appointment has been met with controversy—60 arts professionals signed an open letter in which they argued that de Loisy is too “conservative” to oversee the academy, saying that his age and his politics should have excluded him from consideration for the role. (De Loisy has rebutted those claims.) He and the Palais de Tokyo’s curatorial team are in the process of readying the 2019 edition of the Biennale de Lyon, which is due to open in September.

A Tour of the 2019 Whitney Biennial in 20 Photos -ARTnews