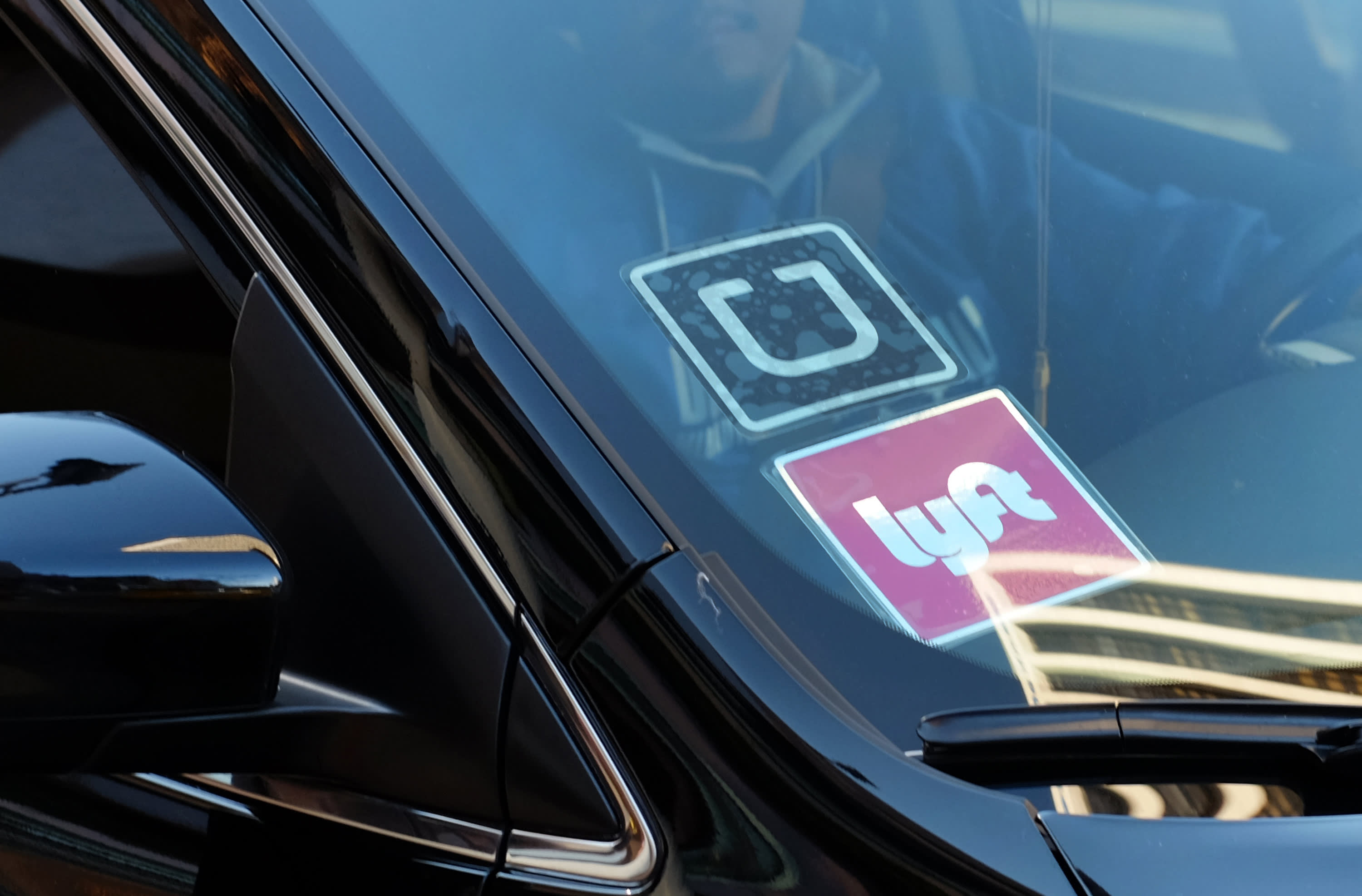 File photo of a ride-sharing driver displaying Lyft and Uber stickers on his front windshield in downtown Los Angeles.AP Photo | Richard VogelHSBC raised its ratings of Uber and Lyft to buy from hold on Monday, saying it sees 32% upside in the former and nearly 35% upside in the latter.”We think regulatory concerns are priced in, whilst we continue to see a lot of optionality around product improvements for both Uber and Lyft,” HSBC analyst Masha Kahn wrote in a note to investors.Uber and Lyft rose about 1% in premarket trading from their previous closes of $33.25 a share and $46.10 a share, respectively.Both stocks have shaved off nearly a quarter of their value the past three months as “investor sentiment has turned more sour on ride-hailing stocks following large reported losses, regulatory headlines out of California and concerns around slowing growth,” Kahn said. Due to the recent drop, HSBC made the unusual move of lowering its price targets for the companies while simultaneously upgrading it ratings. HSBC took its price target for Uber to $44 a share from $49 a share and Lyft to $62 a shares from $67 a share.Overall, HSBC thinks that the ride-sharing business and food delivery service can become profitable for both companies. The firm cited two foreign companies as examples, pointing to Russian ride-sharing company Yandex Taxi and Chinese food delivery service Meituan Dianping as profitable ventures.”We think the ridehailing businesses of Uber and Lyft can reach profitability if both pull back on sales & marketing and leverage the fixed cost base,” Kahn said. “In ride-hailing and food delivery globally we see room for only two large players and expect more consolidation in both sectors.” Despite the upside potential, HSBC continues to see headwinds in the form of “higher regulatory risks and a lower longer-term growth outlook for their Rides businesses,” Kahn said.— CNBC’s Michael Bloom contributed to this report.