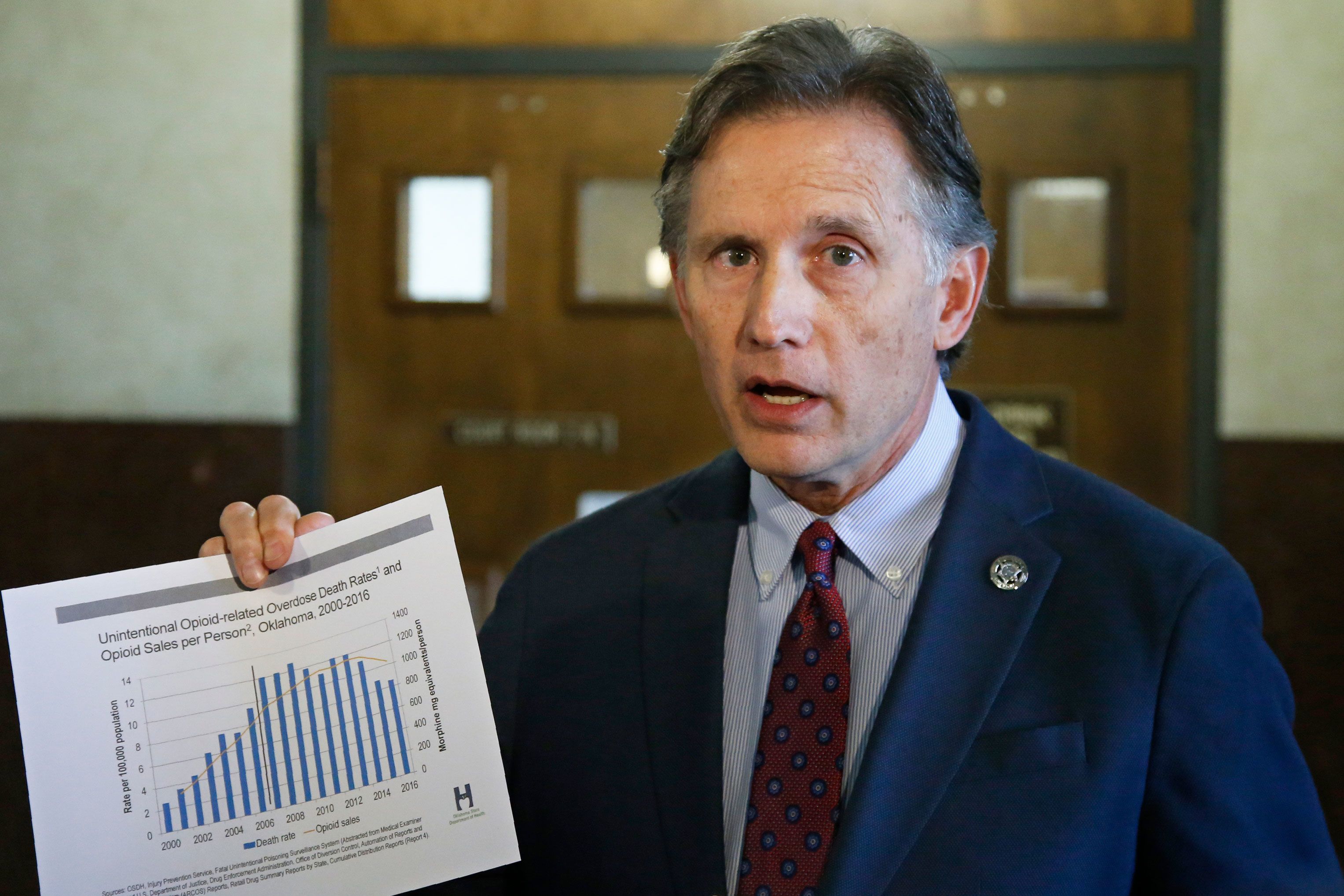 Oklahoma Attorney General Mike Hunter talks with the media during a break the Opioid trial in Norman, Okla., June 26, 2019.

The defendants in Oklahoma’s trial against drugmakers are asking a judge to rule in their favor, arguing the state has failed to prove they’re responsible for the opioid epidemic.

Attorneys for consumer products giant Johnson & Johnson and Janssen Pharmaceuticals filed a motion for judgment Wednesday after the state rested its case.

Oklahoma called its last witness on Tuesday, a former sales representative for Johnson & Johnson. The drugmakers’ case is expected to take about four more weeks.

Johnson & Johnson attorney John Sparks says the state is seeking damages from the company without any evidence that it caused the problem.