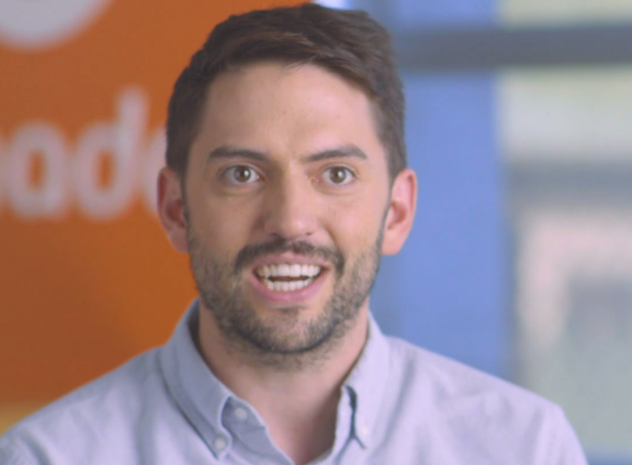 Omada Health started almost a decade ago to help people at risk of diabetes — about one in three Americans — avoid getting the full-blown disease. Unlike traditional health-care providers, the company only gets paid when its tools are effective, like when patients lose weight or show improvements in their blood sugar levels.

After gaining traction in diabetes prevention, Omada moved into hypertension, mental health and other chronic conditions, where coaching and monitoring can lead to behavioral change and better health, ultimately saving insurers and health systems a lot of money. Managing diabetes alone can save about $237 billion, according to the Centers for Disease Control and Prevention.

Now, Omada is focused on building a “21st-century provider,” said CEO Sean Duffy, so that patients can count on digital services for more of their everyday needs, rather than going to the hospital or doctor’s office. To help it get there, Omada has just raised $73 million at a valuation of about $600 million, according to two people familiar with the matter, who asked not to be named because the valuation wasn’t disclosed.

Omada is playing into the rapid growth of digital health. According to research and investment firm Rock Health, start-ups in the space raised $8.1 billion last year, up from $956 million in 2011.

‘Money where their claims are’

Duffy, a medical school dropout, started the company after a job doing analytics work at Google. He saw an emerging opportunity to combine medicine with digital tools, and quickly focused on producing better outcomes. For example, with smartphones and other devices like wireless weight scales, patients could monitor themselves from home.

Dan Gebremedhin, a partner at Flare Capital Partners, said more companies in the space should follow suit in “putting their money where their claims are.” Flare is not an investor in the company.

Omada now has 550 companies paying for its services that they provide to customers. Those clients include Costco, Cigna and Lowe’s, as well as more than 35 health plans.

Unlike many other digital health start-ups, Omada focused early on research and published 11 clinical studies to become a full medical provider, rather than just a tech company. It also has regulatory experts on staff to navigate the complex health-care market.

“Omada seemed to do it right from the start,” added Chris Hogg, chief commercial officer of Propeller Health, a digital therapeutics company that was acquired by ResMed last year. “They focused on a specific and important user problem and brought both great design and also evidence generation.”

There’s still work to do to establish its credibility. The Centers for Medicare and Medicaid Services recently determined that it would not pay for digitally-administered diabetes prevention programs, like Omada’s, for Medicare patients. Duffy said he’s hopeful that regulators will eventually come around and, in the meantime, the company is working with some private Medicare plans and has some contracts with state Medicaid plans.

“I’m approaching this with a spirit of inclusion, as I think there’s a growing reckoning that consumers want digital,” Duffy said. “That’s the reality that folks are up against. There may be an old model and old ways of doing things that stick around for some time, but there will also be a new way and we want to be part of that.”

The funding round was led by private equity firm Wellington Management alongside existing investors including the venture arms of Cigna and Sanofi. Andreessen Horowitz also participated.