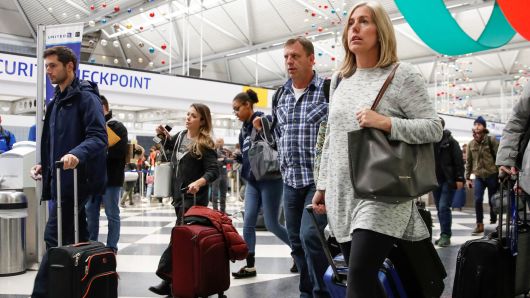 It’s one thing to leave your heart in San Francisco, but leaving a family heirloom, an engagement ring or your lucky bowling ball at San Francisco International – or any – airport will have you singing a different song.

Sleepy, rushed and distracted travelers leave thousands of objects at airport security checkpoints and in the terminals all the time. Cellphones, laptops, neck pillows and books are among the most common forgotten items, but some truly odd and valuable treasures also get left behind.

Last month, the pilot of a Saudi Arabian Airlines flight heading to Kuala Lumpur from Jeddah, Saudi Arabia requested permission to return to the gate after a mother realized she’d left her baby behind in the boarding gate area.

“Ok, head back to the gate. This is totally a new one for us,” an air traffic control operator tells the pilot in an audio recording that went viral on YouTube.

Last week authorities at Alaska’s Ted Stevens Anchorage International Airport (ANC) turned to social media seeking help in identifying the owner of a plastic bag containing human ashes that was left at a security checkpoint back in August.

“We believe the traveler left the TSA Screening Checkpoint with an urn, box, or bag, without realizing the ashes were still at the Screening Point,” the ANC Police and Fire department said in its Facebook post.

Here are some other surprising items passengers have left behind at airports around the country.