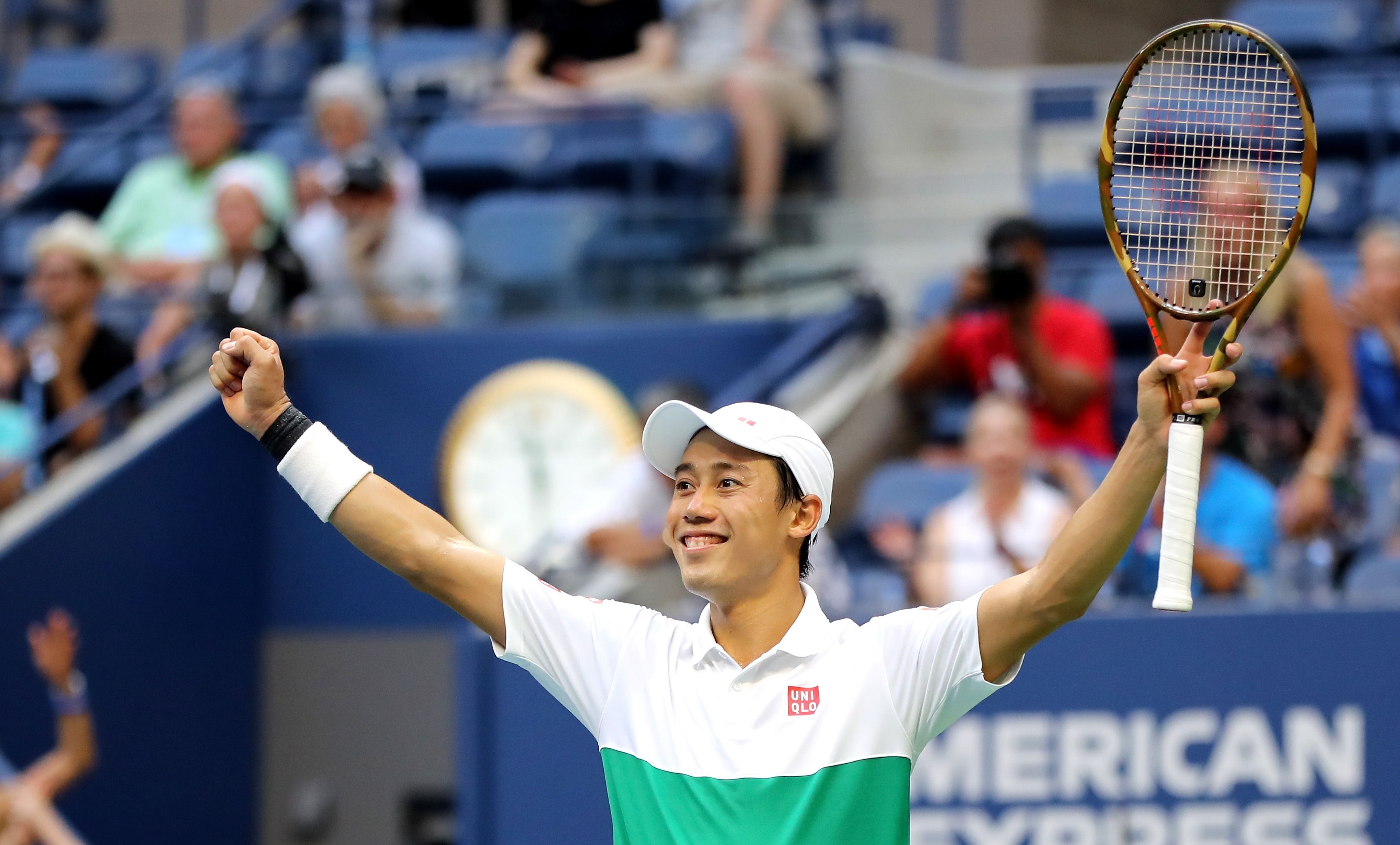 Kei Nishikori of Japan celebrates match point during his men’s singles quarter-final match against Marin Cilic of Croatia on Day Ten of the 2018 US Open at the USTA Billie Jean King National Tennis Center on September 5, 2018 in the Flushing neighborhood of the Queens borough of New York City.

Roger Federer, Novak Djokovic and Kei Nishikori — when it comes to men’s tennis, these are the top three highest-paid athletes, according to a Forbes ranking.

Some may be surprised that Nishikori bested Rafael Nadal, but the 29-year-old has become quite a superstar in his home country of Japan, where he has a large and adoring fanbase. Crowds have gotten so large at practices, they have caused safety concerns, and prompted him to move to the U.S. for training.

“Even at that stage when he was relatively a no one in the tennis world, he knew how to step up at the big moments,” said Butler. “He knows how to execute, that’s why he’s been so steady in his climb.”

“Project 45” was Nishikori’s nickname when he was 18, Butler said. The nickname referenced his goal to beat Japanese tennis champion Shuzo Matsuoka’s ranking of #46, which was once the highest world ranking for any Japanese tennis player. But that was before Nishikori blew past that record, joining the world’s top ten.

Nishikori is currently ranked number 7 in singles, but he reached a career high of number 4, making him the first Japanese men’s tennis player to have been ranked in the top 5 for singles.

In 2016, he won a gold medal in the Olympics in Rio, which was the first gold medal for Japan in over 96 years. He also became the first Asian player to reach the men’s Grand Slam final at the 2014 U.S. Open.

One of the reasons Nishikori bested Nadal was his endorsements.  Forbes said Nishikori took home $4.3 million in prize money to Nadal’s $9 million, but Nishikori’s $33 million in endorsement, topped Nadal’s $25 million.

Nishikori has been able to make a number of brand deals with sneakers from Nike, noodles from Nissin, a car at Jaguar, and a jet at Japan Airlines named after him. He also has deals with Asahi, NTT, Lixil, and Procter & Gamble.

When it comes to on-court fashion, Nishikori is also well-connected. Uniqlo named Nishikori their global ambassador in 2011 and outfitted him for the 2019 French Open. He also signed a lifetime deal with Wilson in 2015.

Butler said Nishikori’s success is especially impressive because he hasn’t allowed his smaller stature to get in the way of competitors who are much taller.

“He’s a fascinating role model and example for young players who aren’t 6’4. He maximizes what he’s good at and he doesn’t have weaknesses,” he said. “He can rip a ball without being Rafael Nadal.”