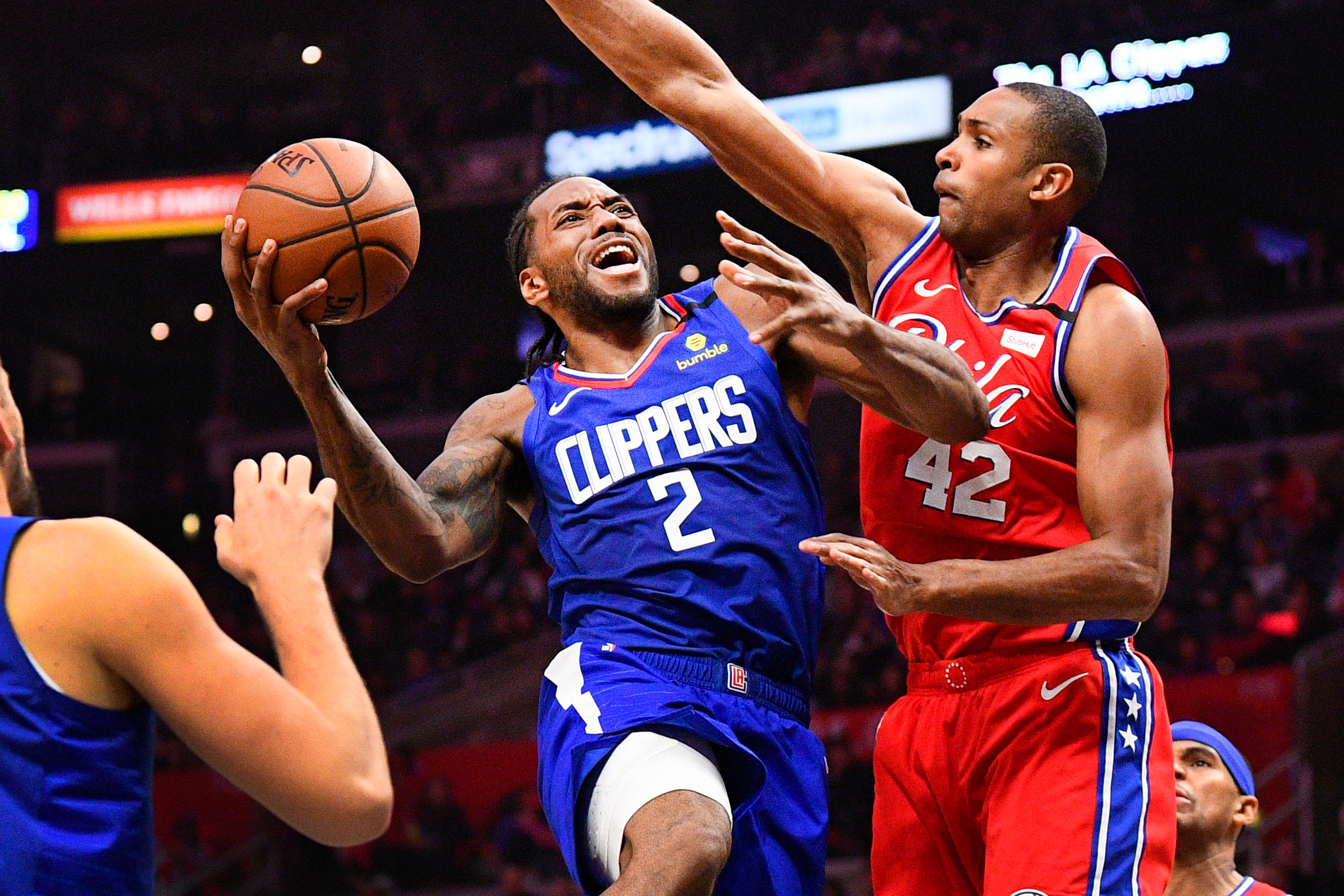 Los Angeles Clippers Guard Kawhi Leonard (2) tries to score over Philadelphia 76ers Forward Al Horford (42) during a NBA game between the Philadelphia 76ers and the Los Angeles Clippers on March 1, 2020 at STAPLES Center in Los Angeles, CA.Brian Rothmuller | Icon Sportswire via Getty ImagesThe National Basketball Association and its players union have finalized plans to resume its 2019-20 season that was halted by Covid-19.The NBA will commence on July 30 at Walt Disney World in Orlando and include 22 teams. Games will be played at the Arena, the Field House and Visa Athletic Center at ESPN Wide World of Sports Complex “for the remainder of the season,” the league said, adding no spectators will be allowed.”We have worked together with the Players Association to establish a restart plan that prioritizes health and safety, preserves competitive fairness and provides a platform to address social justice issues,” said NBA Commissioner Adam Silver in a press release. “We are grateful to our longtime collaborator Disney for its role in playing host and making this return to play possible, and we also thank the public health officials and infectious disease specialists who helped guide the creation of comprehensive medical protocols and protections.”  All 22 teams will compete in eight “seeding games” to determine the final 16 spots. The games will be selected from clubs’ remaining regular-season matchups. After the 16 teams are set, the NBA’s postseason will transition to its traditional format with four rounds of best-of-seven series. The NBA Finals will end no later than Oct. 13, according to the league. “It is very exciting to officially announce the restart of the 2019-2020 season,” said Michele Roberts, the National Basketball Players Association executive director. “It has taken true collaboration between the league and the union – special kudos to our executive committee and several other team reps – along with the continued support and assistance from medical experts, public health officials and many others.”Though the NBA and its players have their plans finalized, concerns remain about sports resuming in Florida as coronavirus cases surge there. Gov. Ron DeSantis said Thursday that the state has no plans at the moment to move forward with its reopening plan. Disney workers from Florida have petitioned the company and local government officials to reconsider the reopening of Disney World next month.Milwaukee Bucks and Avenue Capital co-founder Marc Lasry said on CNBC’s “Halftime Report”  he remains hopeful that the NBA will conclude its season despite Covid-19.”We’ll see what happens over the course of the next two weeks,” Lasry said Thursday. He added that for “players that don’t want to go, I fully respect that” but also said, “every single one of our guys (Bucks players) is going to be down there.”Earlier Friday, the NBA announced 16 of the expected 302 players that will compete in Orlando tested positive for Covid-19. “Any player who tested positive will remain in self-isolation until he satisfies public health protocols for discontinuing isolation and has been cleared by a physician,” the NBA said in a press release. The NBA will release Friday evening the broadcast schedule for its restart. On March 11, the league became the first U.S. big league organization to suspend its season due to Covid-19.