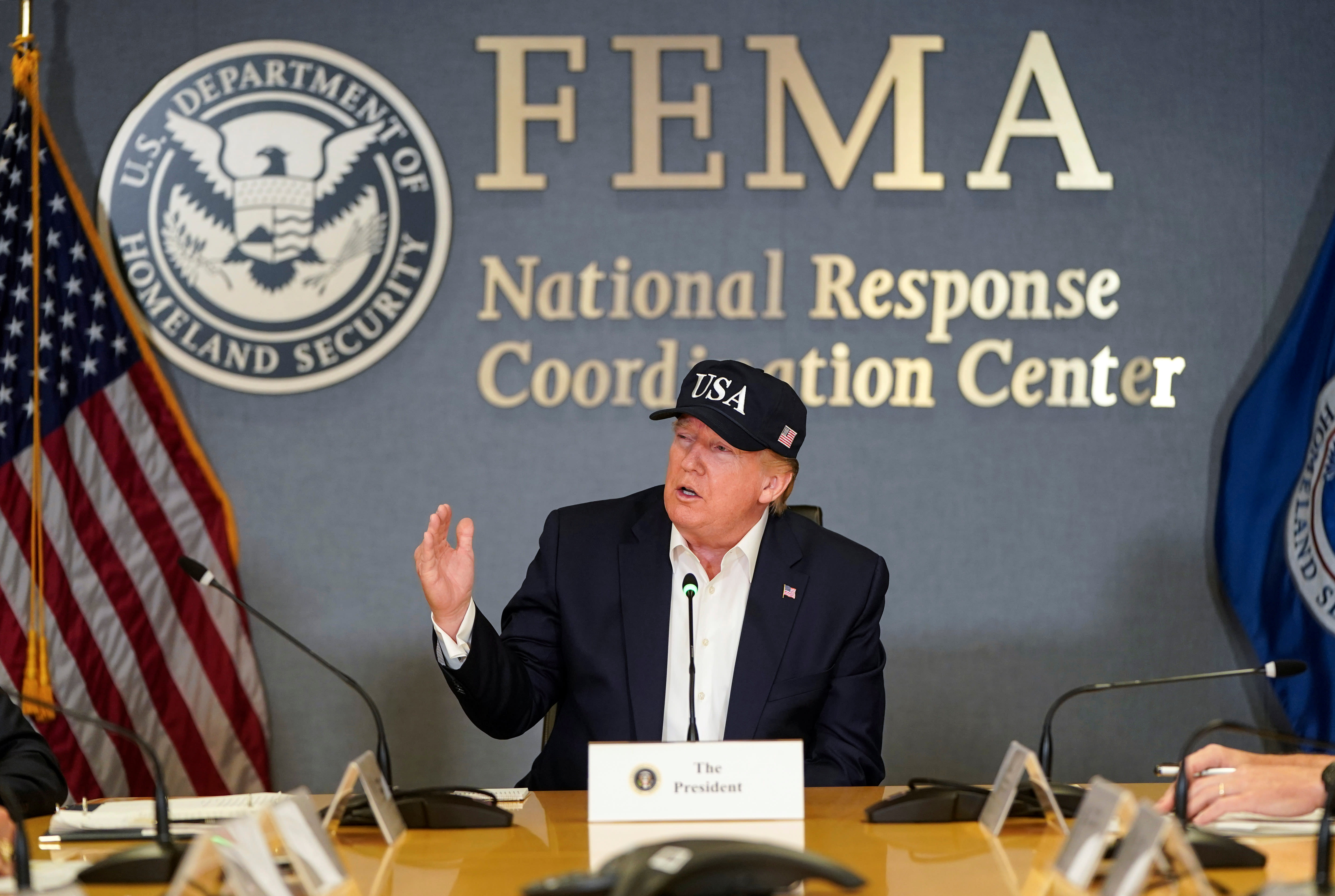 Hurricane Dorian will not hit Alabama, said the National Weather Service on Sunday, contradicting comments made by President Trump earlier.

“Alabama will NOT see any impacts from , ” said the NWS office in Birmingham, Alabama in a Twitter post Sunday. “We repeat, no impacts from Hurricane will be felt across Alabama. The system will remain too far east. “

Earlier, the president had said on Twitter that in addition to Florida, “South Carolina, North Carolina, Georgia, and Alabama, will most likely be hit (much) harder than anticipated.”

Trump suggested much the same thing about Alabama in comments to reporters on Sunday on the White House South Lawn.

“We don’t know where it’s going to hit, seems to be going to Florida, now it should be going to Georgia, the Carolinas,” he said. “Alabama to get a bit of a beat down. You’ll be learning more probably over the course of the next 24 hours.”

Hurricane Dorian made landfall in the northwestern Bahamas on Sunday. The storm was sustaining wind speeds of 185 miles per hour as of Sunday afternoon, making it the strongest hurricane on record in the area.

The National Hurricane Center has issued storm warnings for several areas along Florida’s east coast. It also said rainfall could produce flash floods in the coastal Carolinas and Georgia.

The Chinese have a weak hand when it comes to trade