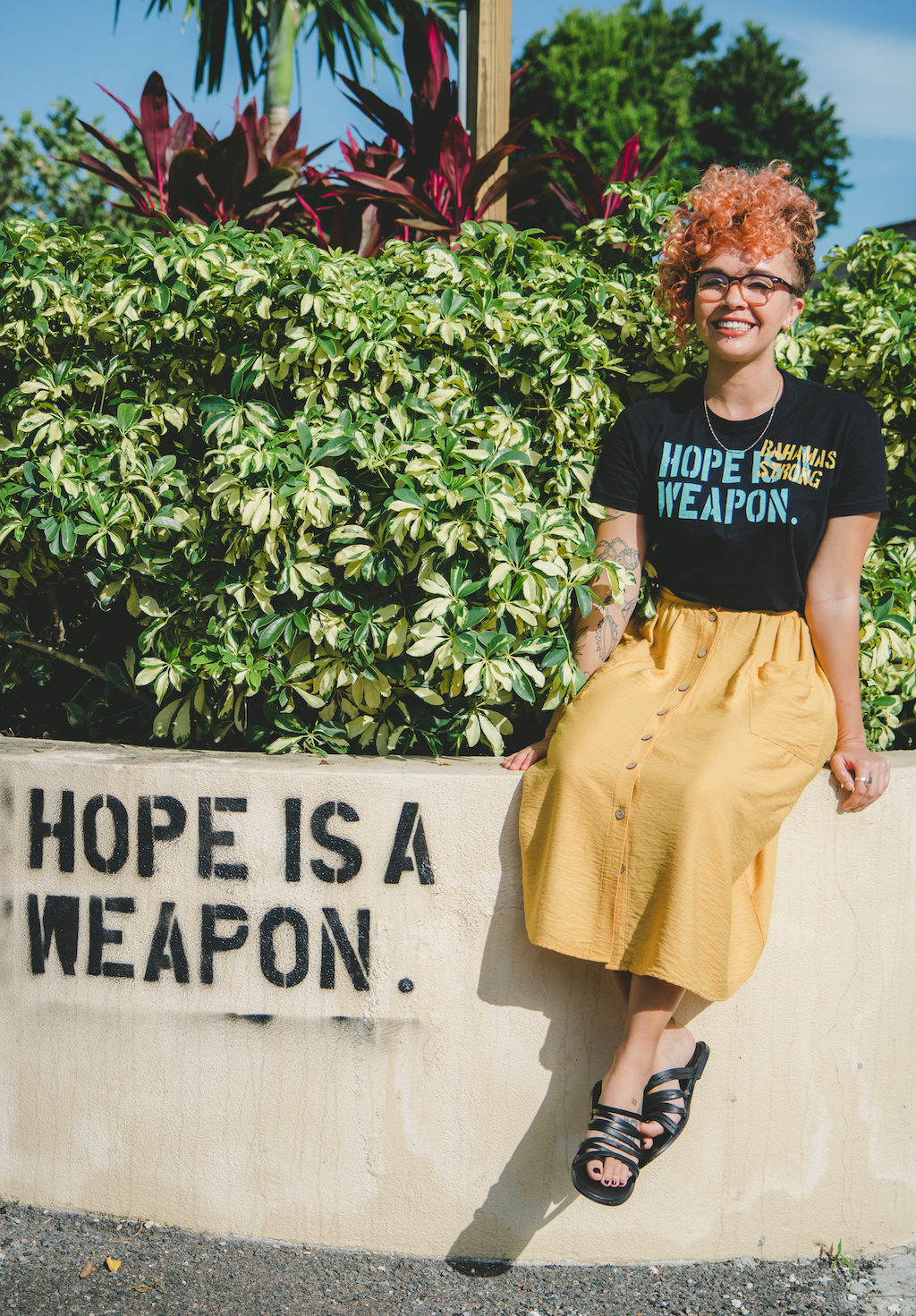 Natalie Willis, assistant curator at the National Art Gallery of the Bahamas. JACKSON PETIT/COURTESY NATIONAL ART GALLERY OF THE BAHAMAS
After the devastation wrought by Hurricane Dorian, the category 5 storm that pounded the Bahamas last week, a local arts institution is spearheading recovery efforts across the country’s islands.
The head of the National Art Gallery of the Bahamas in Nassau said that, though the museum itself suffered damage, the institution’s top priority is helping those hit hardest by the storm.“We’re dealing with people first,” Amanda Coulson, the museum’s executive director, told ARTnews. “The whole country is traumatized.”One of the museum’s aims is to provide Bahamians with a “sanctuary space,” Coulson said. Through its “We Gatchu” campaign, the National Art Gallery has brought in mental health professionals to support survivors of the storm. The NAGB is also running a bus service to transport people currently housed in shelters to the museum for forums, meetings, and meditation sessions to facilitate collective healing.Hurricane Dorian destroyed thousands of homes, leaving approximately 2,500 people reported missing and a death toll of 50 expected to rise. The storm left much of the islands of Abaco and Grand Bahama, in the north of the country, flooded and “nearly uninhabitable,” according to the New York Times.The National Art Gallery has partnered with artist Angelika Wallace-Whitfield, who made T-shirts bearing the message “Bahamas Strong.” Proceeds from sales of the apparel are going to humanitarian organizations working in the area.“We’ve always seen ourselves as a place for social change and a place for the community to come together and grapple with difficult ideas and topics,” Coulson said of the museum’s ethos. “Now more than ever we’re trying to get people in here in a way that’s different.”While the museum has not yet conducted a comprehensive assessment of the damage, the climate-control system in its storage facility was compromised due to excessive moisture, and some of the works in storage were harmed. Additionally, the museum’s 200-year-old limestone building sustained leaks and will have to be retrofitted to withstand increasingly extreme storms. “There’s mold growing on some of the artworks, and that has to be seen to,” Coulson said. “We don’t have any professional conservators on the island so we have to bring people in.”The NAGB is also functioning as a collection site for donations of dry, nonperishable goods, including food and toys. Volunteers from the groups Equality Bahamas and Women United are coordinating the efforts on-site, and the museum is working with delivery companies to pick up the items and distribute them to shelters. To accommodate this undertaking, the museum is using its project space, where an exhibition of works by painter and mixed-media artist Kachelle Knowles is on view, and an annex building to store donations.Coulson said that the museum has fast-tracked its plans to open an outpost on Grand Bahama, to reinvigorate the island’s economy after the storm’s devastation. She emphasized that tourism is the top industry in the Bahamas and Dorian’s destruction of businesses will “hit the economy in a major way. We need to invest in those islands in order to help them get back on their feet again.”Individual artists have also been rallying resources to aid Bahamians. Tavares Strachan announced last week that he will give a percentage of profits from his exhibition at SFA Advisory in New York to relief organizations in the Bahamas. And Antonius Roberts is housing displaced university students in his art space, Hillside House, in Nassau.On Monday, Coulson sent an email to the mailing list of the Volta art fair—which she co-founded—with information about how to support the Head Knowles Foundation, a local organization that works with the Red Cross, and World Central Kitchen, which is providing food to hurricane survivors.“We have bounced back [before] and we cope, but this one is really different,” said Coulson, who grew up in the Bahamas. “It will probably take us five years to recover from this, minimum. It’s very obvious to us that the climate is changing.”