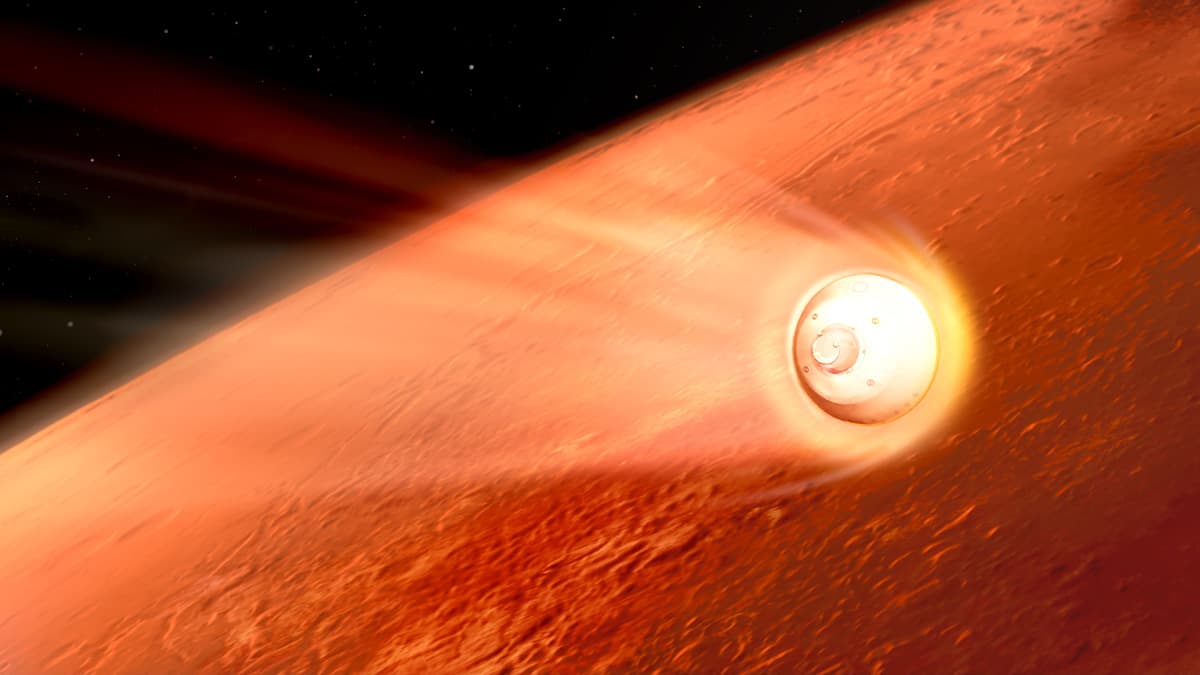 [This livestream has ended. A replay is available above]UPDATE: NASA successfully landed its Perseverance rover on the surface of Mars. Read more about it here.NASA is hours away from its most ambitious Mars mission yet, with the U.S. space agency set to attempt to land rover Perseverance after a more than six month trip to the red planet.Perseverance, built by NASA’s Jet Propulsion Laboratory in California, is the fifth and most technologically advanced rover that the agency hopes to operate for nearly two years on the Martian surface. The rover and its spacecraft are packed with two dozen cameras to capture its expedition, with the robot packed full of scientific instruments to measure the planet’s geology – and hopefully collect samples that NASA aims to one day return to Earth.”Mars captivates our imagination and has been part of our dreams for many decades, and Perseverance balances on the long history of systematic science driven exploration of Mars,” Dr. Thomas Zurbuchen, NASA’s associate administrator of the science mission directorate, said in a briefing ahead of the landing.The rover is scheduled to touch down on the surface at about 3:55 p.m. ET.Perseverance has traveled 293 million miles to reach Mars since launching on a United Launch Alliance Atlas V rocket on July 30. The rover is about the size of a small car, weighing about one ton in total and is 10 feet long by nine feet wide by seven feet tall. It has a robotic arm that reaches about 7 feet long, the end of which has a robotic “hand” that has a camera, chemical analyzer, and a rock drill.”We want to land on Mars … and we’ll do so with cameras on, so the entire world is inspired with us,” Zurbuchen said.The landing will feature what NASA engineers call the “seven minutes of terror.” That’s the time it takes to enter the Martian atmosphere and descend to the surface, and it’s named as such because it takes 11 minutes for any communication to travel from the rover back to Earth – meaning the time delay requires the spacecraft and rover perform the landing autonomously.An animation of the Mars rover Perseverance entering the red planet’s atmosphere in a protective spacecraft.NASA/JPL-CaltechErisa Stilley, the co-lead of entry, descent and landing systems operations at NASA’s JPL, explained how the landing process is carefully coordinated after the rover enters through the atmosphere.”Once Perseverance is descending on the parachute, we can now release that heat shield that protected us during entry and for the first time, [autonomously] turn on the radar and start to look at the ground,” Stilley said in a briefing before the landing.Perseverance then uses an onboard map, searching an area of about 120 football fields worth of real estate on the surface to find the safest place to land.”That happens in the 2.4 seconds it takes for perseverance to send commands to separate from the back shell and start a freefall, Stilley said.”So when we have that knowledge and we’re done with our freefall we fire up the rockets,” Stilley added. “We go from 170 miles per hour at that point down to around two [miles per hour] as we slow down and get ready for the ‘sky crane’ maneuver.”Perseverance will be taking photos the enter time, which Stilley said NASA hopes will produces “some images that we’ve never seen before.”This illustration shows the events that occur in the final minutes of the nearly seven-month journey that NASA’s Perseverance rover takes to MarsNASA/JPL-CaltechThe rover is aiming to land in the Jezero Crater, a 28-mile-wide basin in the northern hemisphere of Mars. Its a place where NASA believes a body of water, about the size of Lake Tahoe, used to flow. NASA’s science team hopes the ancient river delta may have preserved organic molecules and other potential signs of microbial life, which Perseverance will attempt to detect with its instruments.NASA invested about $2.4 billion to build and launch the Perseverance mission, with another $300 million in costs expects to land and operate the rover on the Mars surface.Subscribe to CNBC PRO for exclusive insights and analysis, and live business day programming from around the world.

No economy can succeed without tapping women’s potential
Coca-Cola Zero Sugar will be the company’s biggest source of growth in 2021, CEO says
To Top
error: Content is protected !!