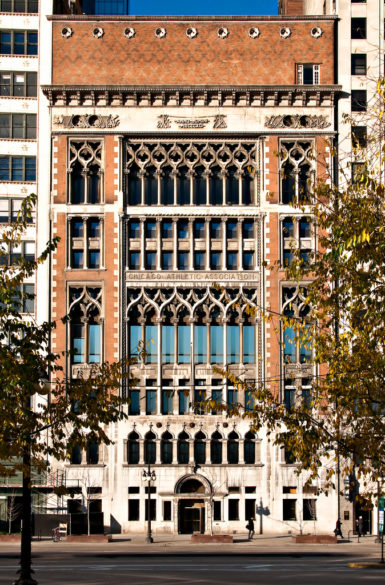 For a while, the Windy City has been home to only one major contemporary art fair, Expo Chicago. This year it will get another, courtesy of the New Art Dealers Alliance.

This fall, NADA will start a Chicago fair, with the first edition set to take place at the Chicago Athletic Association Hotel from September 18 to 21. Titled the Chicago Invitational, it will coincide with the 2019 edition of Expo Chicago and feature booths by galleries across two floors of the hotel.

“Historically, Chicago has been a hotbed of artist-run galleries and alternative spaces,” Heather Hubbs, the executive director of NADA, said in a statement. “The city then and now embodies the experimental spirit of NADA, and we look forward to connecting our exhibitors with this audience.”

Speaking of NADA, Tony Karman, the director of Expo Chicago, said in a statement that he’s “confident that their first Chicago edition will be successful.”

In past years, NADA has held a New York fair, though this year, the organization called off its annual event in the city, which was set to occur in March during Armory Week. At the time, Hubbs said the move gave NADA “time to develop and deploy new initiatives that will best serve our members as their needs continue to shift and evolve.” In place of the fair, NADA hosted New York Gallery Open, an initiative that was intended to bring would-be fair visitors into members’ gallery spaces. Next month, NADA will stage an exhibition on Governors Island in New York.

NADA’s decision to host its first Chicago fair in a hotel places it within a rich lineage. As Cat Kron wrote in a recent article for ARTnews, the trend of staging fairs hotel rooms can, in part, be traced back to the Gramercy International Art Fair, an exhibition first staged at the Gramercy Park Hotel by dealers Pat Hearn, Colin de Land, Matthew Marks, and Paul Morris in 1994. More recently, the first edition of Felix LA, a boutique fair started by collector Dean Valentine, took place at the Hollywood Roosevelt Hotel.