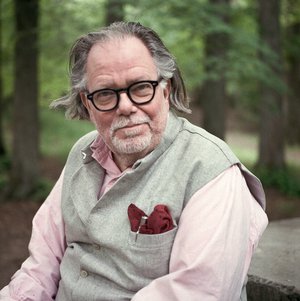 COURTESY THE ROYAL COLLEGE OF ART

LACMA’s new show, “The Allure of Matter: Material Art From China” displays work from21 contemporary Chinese artists who use primarily only one material. [Los Angeles Times]

Curator Marina Reyes Franco: “We are looking forward to the future and creating the government that Puerto Rico deserves. In the meantime, we are taking pride in being ingobernable.” [ARTnews]

The Mona Lisa has been moved to a different wing at The Louvre as its regular home, The Salle des États, is being renovated. [New York Times]

In London, a visitor to Olafur Eliasson’s Tate Modern exhibition who uses a wheelchair criticized the show—specifically the piece involving stairs, Your Spiral View (2002)—for inaccessibility. [The Art Newspaper]

A public art piece created for Central Park has been redesigned to feature Sojourner Truth. [Gothamist]

Here’s a look at Oliver Beer’s new symphonycreated through objects from the Met, which he calls the “Vessel Orchestra.” The piece can be heard at the Met Breuer.
[New Yorker]