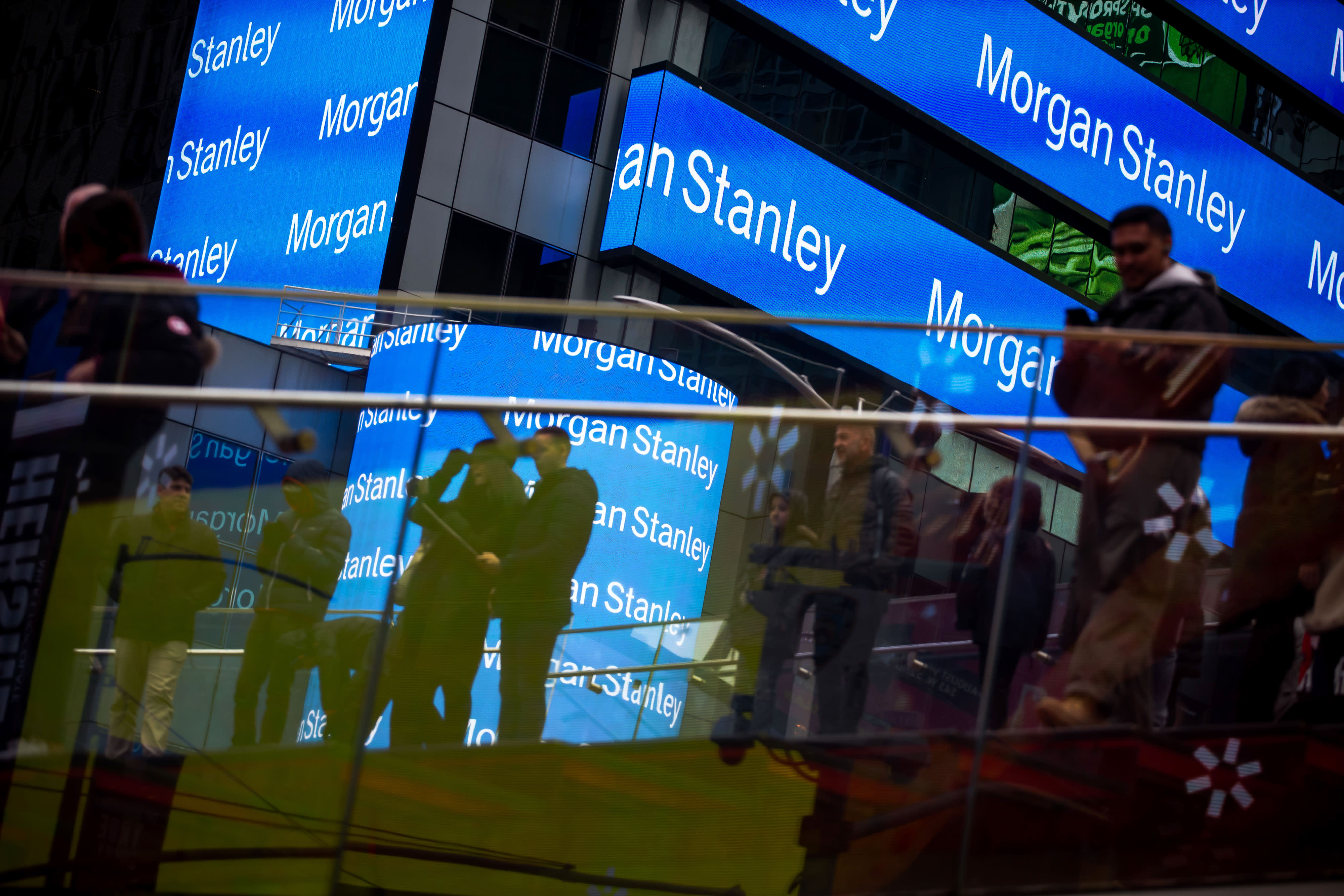 Signage is displayed outside Morgan Stanley & Co. headquarters in the Times Square neighborhood of New York.Michael Nagle | Bloomberg | Getty ImagesMorgan Stanley said its sports division has positioned itself in the college sports compensation space with a new partnership with Altius Sports Partners.Altius is an advisory firm that offers guidance around name, image and likeness strategies. Financial terms of the partnership, which includes Australian-based investment bank Macquarie, were not provided. But in this collaboration, which emulates a educational-related sponsorship, Morgan Stanley will provide its financial resources to Altius, which will in turn present to clients.Legislation protecting athletes’ name, image and likeness is set to be adopted by multiple states on July 1. Such NIL laws essentially allow college players to get paid for their intellectual property. The U.S. Supreme Court will also rule on the issue after hearing arguments on whether current NCAA rules around compensating student-athletes violate antitrust laws. And U.S. senators will hold a NCAA Athlete NIL Rights hearing Wednesday to discuss federal proposals.Hence, the signs suggest NIL will soon take effect and change the college sports landscape. And Morgan Stanley now has a presence.In an interview Tuesday, Morgan Stanley executive Sandra Richards told CNBC the firm is “thinking ahead” as it prepares for a new generation of potential clients via NIL. Altius already has deals with top NCAA football schools, including Texas, LSU, and the University of Georgia. So Morgan Stanley’s brand will be introduced to younger athletes who could now earn large sums of money.”The NIL space is just another lever that we need to be conscious of and also figure out we can also be helpful now that this new piece is in play,” said Richards, Morgan Stanley’s managing director of global sports and entertainment.Sandra Richards, Head of Morgan Stanley Global Sports & EntertainmentSource: Morgan StanleyMorgan Stanley said it will offer “financial literacy essentials” to the student athletes, which Richards described as investing, budgeting, understanding the stock market and “building the right team.””And that includes lawyers, public relations, and things they never thought to be thinking about when they are freshman and sophomores. This is something they need to start planning earlier in their [college] career,” added Richards.Morgan Stanley’s global sports division has more than $100 billion under management. Last August, it aligned with the National Football Players Association in an agreement that allows the company to add advisors capable of managing NFL players’ money. Altius has a lineup of experienced executives in the pro sports landscape. It’s led by CEO Casey Schwab, a former NFLPA executive, and advisors include sports marketing executive Jene Elzie, NFL chief revenue officer Renie Anderson, and sports business professor Kenneth Shropshire.”It was pretty compelling to look at that advisory board and the people they have involved,” Richards said of aligning with the firm.Richards said Morgan Stanley would also offer experts to help athletes capitalize on revenue opportunities via social media accounts like Twitter and Instagram. “That’s one of the ways these student athletes are going to be able to monetize their brand,” she added.Asked how Morgan Stanley investors should view this NIL-related sponsorship, Richards said: “That we’re helping them [student athletes] build wealth. That’s part of what you should see as an investor — us taking the obligation seriously and not because it’s a money opportunity but an opportunity to navigate this next generation of people that will be influencers in their own right. When they do well, we all do well.”