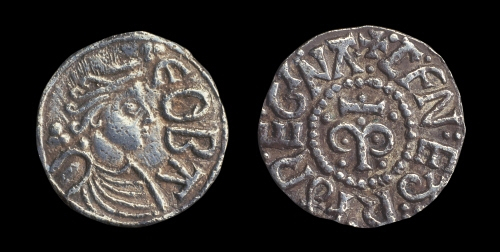 The remains of a centuries-old monastery long thought to be lost have been unearthed during excavations in the British village of Cookham. Archaeologists from the University of Reading, working with help from local volunteers, discovered a wealth of evidence supporting their claim, including traces of the timber dwellings of the monks and nuns, and personal belongings that offer fresh insight into daily life at the monastery.
The monastery is believed to contain the grave of legendary Anglo-Saxon queen Cynethryth, who is thought to have died sometime just before the 8th century C.E. At the site of the monastery, clay pots for cooking were found, as well as delicate jewelry that may have been worn by Cynethryth.

Gabor Thomas, the University of Reading archaeologist who led the excavation, said in a statement, “Despite its documented royal associations, barely anything is known about what life was like at this monastery, or others on this stretch of the Thames, due to a lack of archaeological evidence. The items that have been uncovered will allow us to piece together a detailed impression of how the monks and nuns who lived here ate, worked and dressed.”
In the 8th century, a network of monasteries was established along the banks of the River Thames. At the time, the river was an important trading route, and monasteries acted as centers of commerce.
The Cookham site fell along a contested boundary between the kingdoms of Mercia and Wessex, lending it additional strategic importance. Historical sources show it was placed under the control of Cynethryth, a royal abbess and the widow of the Mercian King Offa, who ruled most of the Midlands and southern England during his lifetime. She is believed to have become an abbess in 796 C.E., around two years before her death. Many surviving silver coins from Offa’s reign carry Cynethryth’s likeness, making her the only Anglo-Saxon queen ever depicted on a numismatic object.
Thomas called a Cynethryth a “fascinating figure” who exerted her own influence throughout the region. “It is known that when the powerful European leader Charlemagne wrote to his English counterparts, he wrote jointly to both King Offa and Queen Cynethryth, giving both equal status,” he said.
Thomas and his team plan to return to Cookham next summer for further excavations, in the hopes of finding her final resting place.