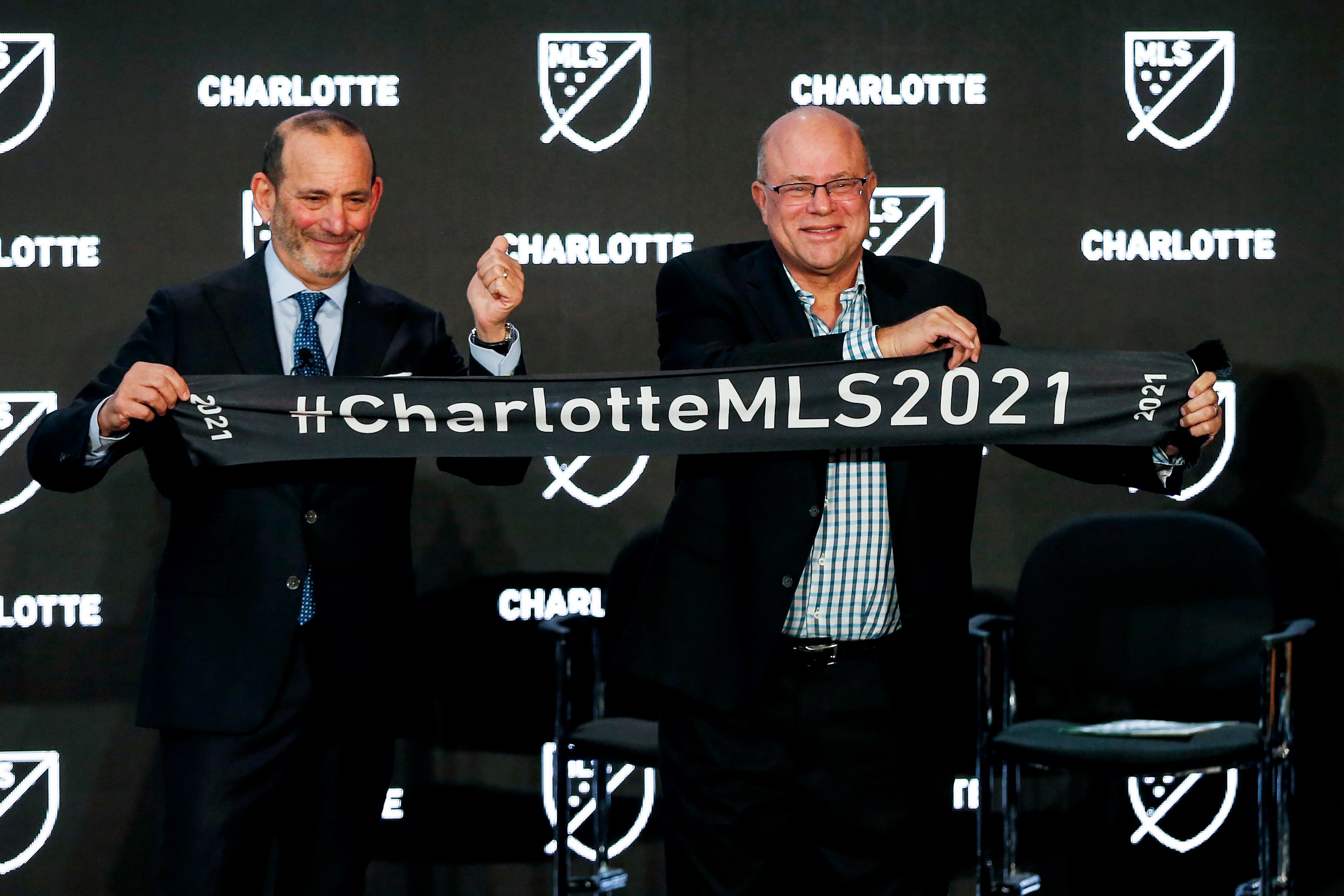 MLS Commissioner Don Garber, left, and Charlotte MLS owner David Tepper announce that Major League Soccer will be coming to Charlotte in 2021 at an event in Charlotte, N.C., Tuesday, Dec. 17, 2019.Nell Redmond | APMajor League Soccer is back, but incoming cities will have to wait longer for new teams to arrive due to Covid-19.The MLS announced Friday it would delay the start of three of its four expansion franchises: St. Louis, Sacramento and Charlotte. The Charlotte team was recently purchased by Panthers owner David Tepper.Originally scheduled to arrive in 2021, Tepper’s franchise will now debut in 2022. The club in St. Louis and the Sacramento Republic FC will start play in the 2023 season, a year after both clubs were expected to enter. The MLS’ Austin FC franchise will still start in 2021, the league said. The decisions were approved by MLS Commissioner Don Garber, who said in a statement the delays would help the clubs “make up for what has been a challenging 2020″ due to Covid-19 shutdowns throughout sports.”These teams will be well-positioned for their debuts and for long-term success,” he said in the statement. “It’s important for each club to take the necessary time to launch their inaugural MLS seasons the way their fans and communities deserve.”In December, Tepper paid a record $325 million entry fee to own an MLS club. Buying into the MLS also allows new owners to take a stake in Sum United Marketing, which oversees all the MLS’ commercial rights. SUM also controls sponsorship, broadcasting, digital and consumer product rights of the entities and handles the promotion of the Mexican Football Federation contests and CONCACAF’s Gold Cup games in the U.S.In 2019, both the Sacramento team and the St. Louis club paid a $200 million entry fee to join MLS. The Sacramento team’s investors are headed by billionaire Ron Burkle, and the St. Louis team is led by Carolyn Kindle Betz, president of the Enterprise Holdings Foundation.Last week, Garber also told CNBC’s “Closing Bell” the MLS was close to allowing private equity financing that “could come into investing with our local teams.” Garber said the plan could help MLS recover from a potentially $1 billion loss due to Covid-19.”Not having day-of-game revenues have been really impactful for us,” he said. “We’ll get through this, but it has had challenges for sure.”Celebrating its 25th anniversary, the MLS returned to play on July 8 with its “MLS is Back Tournament” after suspending operations due to the pandemic on March 12.