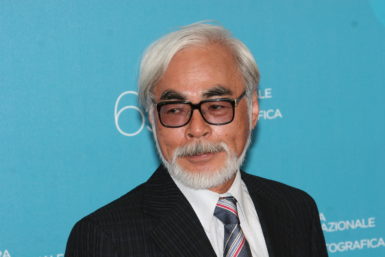 “Hearts of Our People: Native Women Artists” at the Minneapolis Institute of Arthas opened, and Alicia Eler writes, “One of the show’s strongest aspects is how it pairs contemporary artists alongside past makers. This brings out both the cultural importance of Native women being the ones who pass on the knowledge of making, and the ways that women’s ancestors are always present, whether they are living or deceased.” [Minneapolis Star Tribune]

Martha Schwendener on the MoMA exhibition “New Order: Art and Technology in the Twenty-First Century,” which features work by artists such as Josh Kline, Sondra Perry, and Jacolby Satterwhite: “[It] ripples with the menacing effects and potential pitfalls of new technology, but it could use a larger dose of global thinking.” [New York Times]

Rein Wolfs has been named director of the Stedelijk Museum in Amsterdam. [ARTnews]

Joseph Thompson, the director of the Massachusetts Museum of Contemporary Art, is expected to face a criminal charge of motor vehicle homicide by negligent operation from a crash last summer that left a motorcyclist dead. [ARTnews]

Leni Reifenstahl’s Nazi propaganda film from 1935 has been pulled from Youtube due to the site’s new online standards for hate speech. [Indiewire]

Employees in the security department of the Frye Art Museum in Seattle have formed a union. [ARTnews]

Bob Hope’s modernist Palm Springs homecame out in 1980 flashier than its architect John Lautner had designed it to be. Now, it is getting restored to the architect’s original vision. “Good architecture is almost like you’re inside of the sculpture and the art is around you, and the way you frame the views,” says Lautner’s protégé, Helena Arahuete, who is aiding in the restoration. [Los Angeles Times]

David Williams-Ellis designed a memorial sculpture for the Normandy landings, which was unveiled yesterday in Ver-sur-Mer, France. Maquettes from his design process will go on public display at London’s Masterpiece Fair this June 27-June 3. [The Art Newspaper]

Since 2001, Annie Wang has chronicled motherhood with semi-yearly self-portraits in her series “Mother as Creator.”  [The New Yorker]