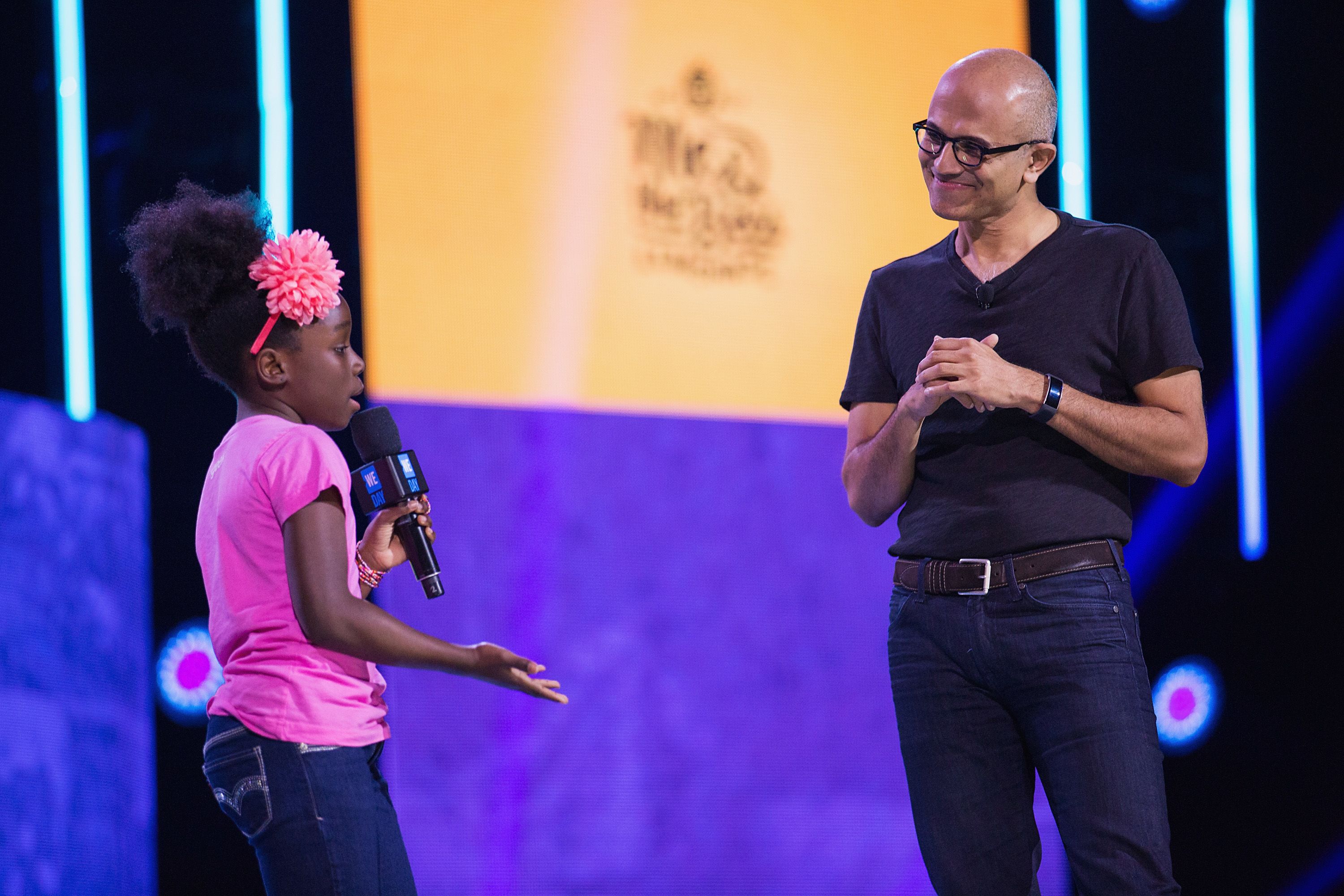 Mikaila Ulmer, left, and Microsoft CEO Satya Nadella speak onstage at We Day at KeyArena in Seattle on April 20, 2016. in Seattle, Washington.

As Facebook, YouTube, Twitter and other social platforms come under fire for enabling hateful speech, Microsoft is stepping up to thwart toxic comments among its 63 million Xbox live users.

Gaming is not Microsoft’s highest-priority market — cloud infrastructure and productivity applications are more crucial to its business — but the segment generated 10% of the Microsoft’s revenue last quarter. And the company is continuing to invest in its Xbox business as it moves away from other consumer markets, like wearables and music streaming. Microsoft needs to make sure Xbox players don’t hear or see content that might turn off users, or scare younger players away.

Microsoft is making these moves after the ascent of the Gamergate controversy, which led to people harassing and making threats against women.

The changes follow Microsoft’s recent update to its Xbox “community standards” for gameplay, which pointed out several practices that aren’t acceptable. Now it’s taking that a step further with moderation tools.

“This summer, we are empowering our official Club community managers with proactive content moderation features that will help create safe spaces for fans to discuss their favorite games,” Microsoft’s executive vice president of gaming, Phil Spencer, said Monday. “We plan to roll out new content moderation experiences to everyone on Xbox Live by the end of 2019.” Xbox Live has 63 million monthly active users, and the service includes groups where people can post content and submit comments, along with chat rooms.

“The gaming community continues to grow rapidly, and the imminent roll-out of new game services such as Apple Arcade, Google Stadia and Microsoft’s Project xCloud will make gaming available to even more people worldwide, ” Spencer said. “Our industry must now answer the fierce urgency to play with our fierce urgency for safety.”

Last week, Microsoft said it is working with Sony, whose PlayStation has long competed with Xbox, to figure out how Microsoft’s Azure cloud can become part of Sony’s architecture for game and content streaming. And Microsoft will soon begin to publicly test Project xCloud, a system for streaming games to mobile devices, that may bring more even gamers into its ecosystem.

WATCH: Here’s how one trader is playing Microsoft’s recent pullback

Nike, Adidas, sign letter to Trump urging against tariffs on footwear
From hiring parties to tuition, restaurants get creative to woo talent
To Top
error: Content is protected !!