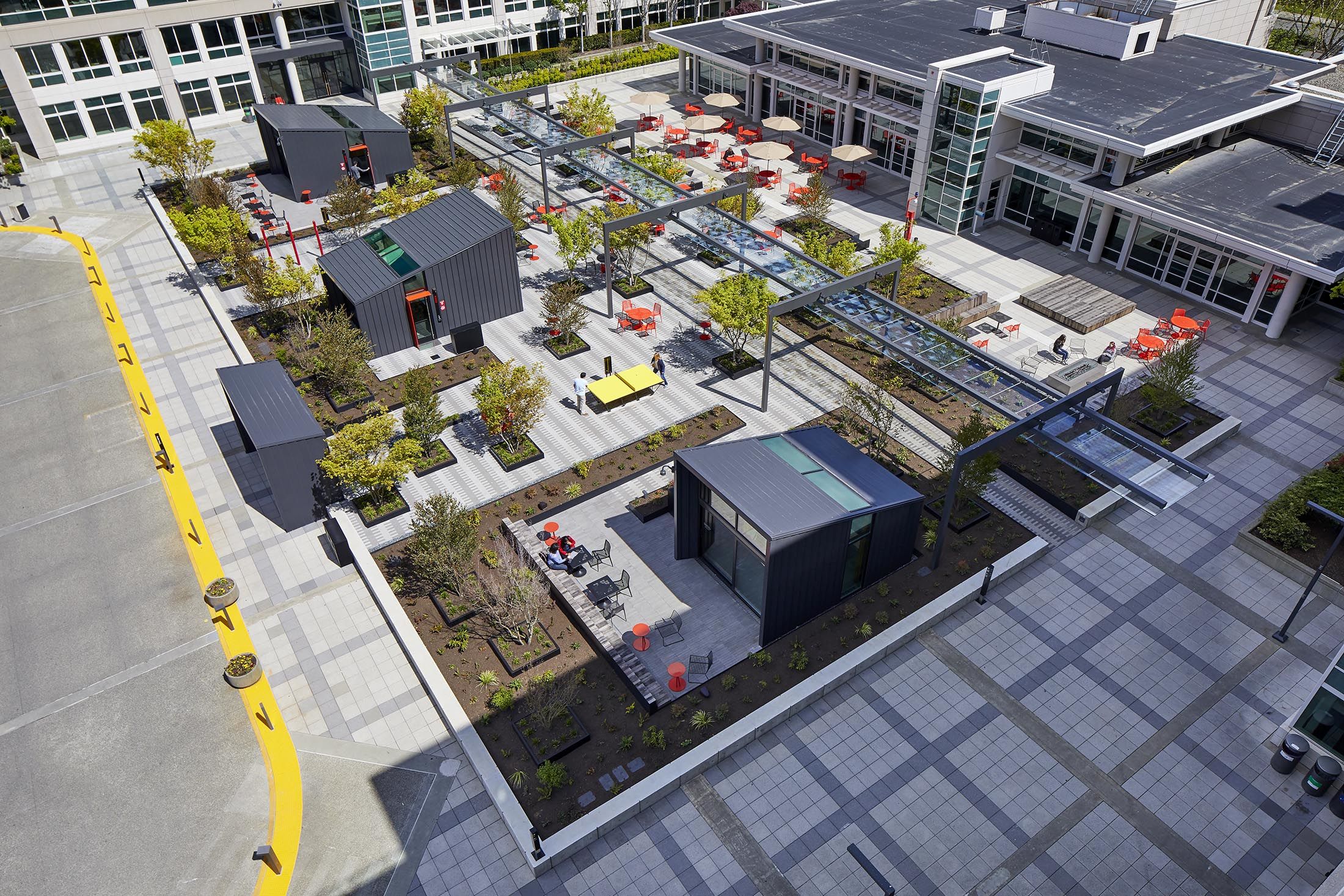 A new walkway runs between Buildings 40 and 41 at Microsoft’s campus in Redmond, Washington.

For Microsoft to maintain its trillion-dollar valuation, keeping employees happy is crucial. That’s especially true around Seattle, home to Amazon, big Google and Apple operations and a burgeoning start-up scene.

With talent in such high demand, Microsoft is in the midst of a massive facelift at its headquarters in Redmond, about 13 miles east of Amazon’s bold glass spheres in downtown Seattle.

Some buildings on Microsoft’s 500-acre campus are getting demolished and replaced, while others are getting revamped. A few of the refreshed buildings are now open, and they give a glimpse of the more modern Microsoft that the company wants to portray and that we can expect to see when the buildout is complete.

“As a company we’re looking forward,” Microsoft real estate director Rob Towne told CNBC in an interview on the campus earlier this month.

Whether it’s erecting brand new buildings or enhancing older ones, Microsoft is adhering to four principles, Towne said. They are: accessible, connected, secure and sustainable.

Beyond federal mandated accessibility requirements, there are tactile stripes on the ground to help visually impaired people navigate. Stairway railings inside buildings are outfitted with signs displaying floor information in formats that people can feel with their fingertips.

Buildings can be connected in more than just the digital sense. They’ll be physically connected together, with open-air covered pathways, for example, to shield employees from rain. There is even a plan for a footbridge, allowing people to walk over the state highway cutting through the campus.

The new buildings won’t be fully in place until 2022. In the meantime, Microsoft has maxed out its swing space — the places to temporarily park employees as it spruces up existing buildings. To help in the process, the company has leased out nearby additional space.

Here’s what a few of the fully renovated and operational buildings look like today:

A new runway stands between Building 40 and Building 41, which were built in the 1990s.

Non-employees can feel welcome in the lobby of Building 40.

A Smart Building app on a touch-enabled PC mounted to a wall in a hallway shows maps, room status, events, dining options and other information. The PC can be moved up and down so that people can use it more comfortably.

Elevator bays are decorated with floor signs that draw on fonts from Microsoft’s previous logos.

Hard floors give way to carpets as one approaches office areas.

A wall-art installation looks different depending on where you are in the hallway. Close to a common area, it’s colorful and dynamic, but from the office area, it looks subdued.